Aftermath: Art in the Wake of World War One • Surf4Hub News and Blogs 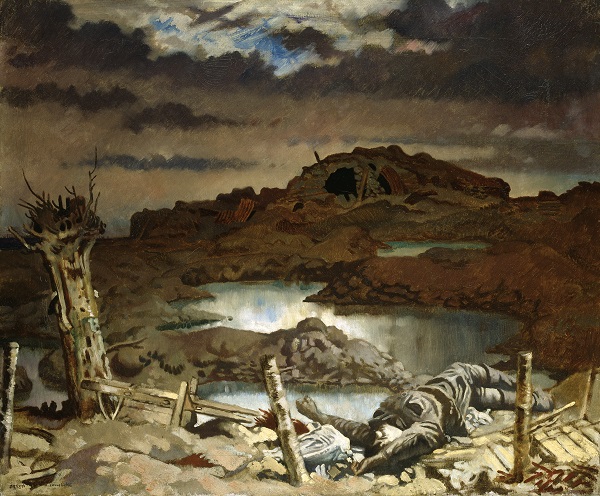 Marking 100 years since the end of the First World War, this exhibition will explore the immediate impact of the conflict on British, German and French art, looking at how artists responded to the physical and psychological scars left on Europe. Aftermath will bring together over 150 works from 1916 to 1932 by artists including George Grosz, Fernand Léger and C.R.W. Nevinson. During this tumultuous period, artists began to explore new imagery and new ways of making art in their responses to the experience of war, the culture of remembrance, and the rebuilding of cities and societies.

The First World War began to be constructed as memory almost as soon as it had begun. During the war artists created works which reflected on its long term impact. Battlefield landscapes and images of soldiers’ graves such as William Orpen’s A Grave in a Trench 1917 and Paul Jouve’s Tombe d’un soldat serbe a Kenali 1917 evoked silence and absence in the aftermath of battle.

After the armistice official public memorials provided a focus for mourning and remembrance. Artists including Käthe Kollwitz, André Mare and Charles Sargeant Jagger were commissioned to produce sculptural memorials to commemorate the conflict. The exhibition will explore debates over appropriate styles and forms of memorial, and the importance of their use for social and political cohesion. It will also show the more personal memorials created using relics of the battlefield such as shrapnel and mortar shells. 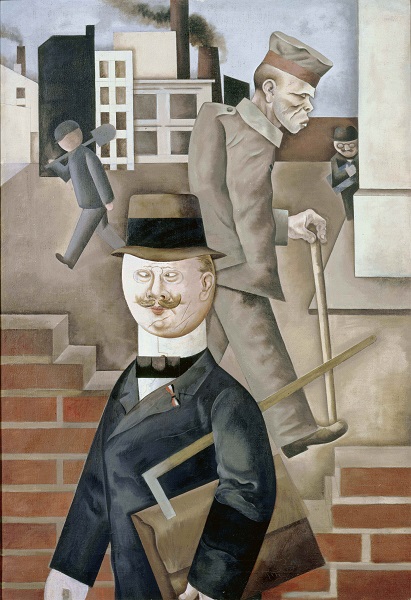 Artists were also quick to comment on post-war society. The war’s destructive impact was very visible in the presence of disabled veterans, and images of the wounded were used by artists in different ways. Works such as George Grosz’s Grey Day 1921 and Otto Dix’s Prostitute and Disabled War Veteran 1923 used the wounded soldier as a vehicle for social critique on corruption and poverty in Germany. In France, veterans were an important part of the visual culture of memorial ceremonies.In Britain, images of wounded soldiers such as Henry Tonks’s medical pastel portraits were usually seen in the context of therapy and healing.

This turbulent period also saw the birth of dada and surrealism in the work of Hannah Höch, Max Ernst, André Masson and Edward Burra among others. Artists used new visual forms to process experiences and memories of conflict. Dada photomontages by Hannah Höch reused war imagery while fragmented bodies and prosthetic limbs featured in works like Grosz and Heartfield’s The Petit-Bourgeois Philistine Heartfield Gone Wild. Electro-Mechanical Tatlin Sculpture 1920. As well as the physical and psychological scars left on Europe, the exhibition will also show how post-war society began to rebuild itself, inspiring artists such as Georges Braque, Christian Schad and Winifred Knights to return to classicism and tradition while others such as Fernand Léger, Paul Citroen and C.R.W. Nevinson turned their minds to visions of a technological future in the modern city.

100 Years of De Stijl, from Mondriaan to Dutch Design