The Amsterdam-based design collective VOUW is responsible for the light artwork City Gazing hanging above the Malaysian capital Kuala Lumpur from November 24th onward. The light installation (1,800 m2) weighs 917 kilograms and will be hanging 15 meters above the city. The artwork represents the metropolis’ infrastructure as if you were gazing out of an airplane window in the middle of the night. A second light installation by VOUW will be hung above the Amsterdam canals during Amsterdam Light Festival (November 30th 2017 – January 21st 2018). The Dutch collective designed Stadstaren (Dutch for City Gazing) exclusively for the festival. The light map of Amsterdam (324 m2 and 145 kilograms) will be hanging above the Herengracht canal. 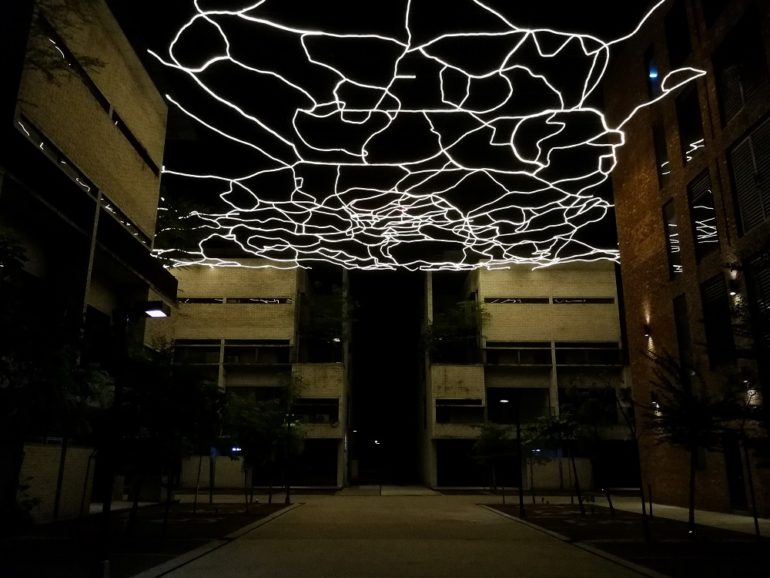 What stars see when they look at us

The two artworks literally turn the world upside down and let people experience how stars see Kuala Lumpur and Amsterdam. The installations symbolize the ‘footprint’ of light that mankind leaves behind on earth. While Stadstaren will be hanging above the canals during Amsterdam Light Festival, City Gazing hovers above a new shopping complex in the neighbourhood Sungai Buloh designed by the Malaysian architect Kevin Mark Low, who is famous for his unique and minimalistic style. Both City Gazing and Stadstaren were made during a period of six weeks, in collaboration with an international team of designers, architects and installers. 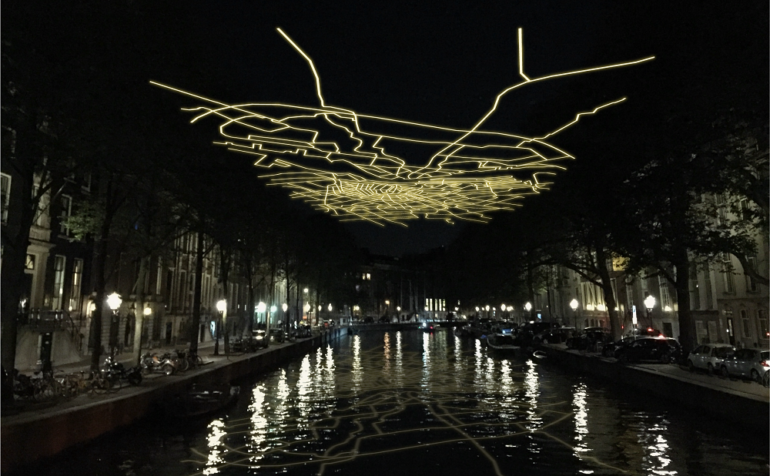 Make the most of an Autumn Bonfire