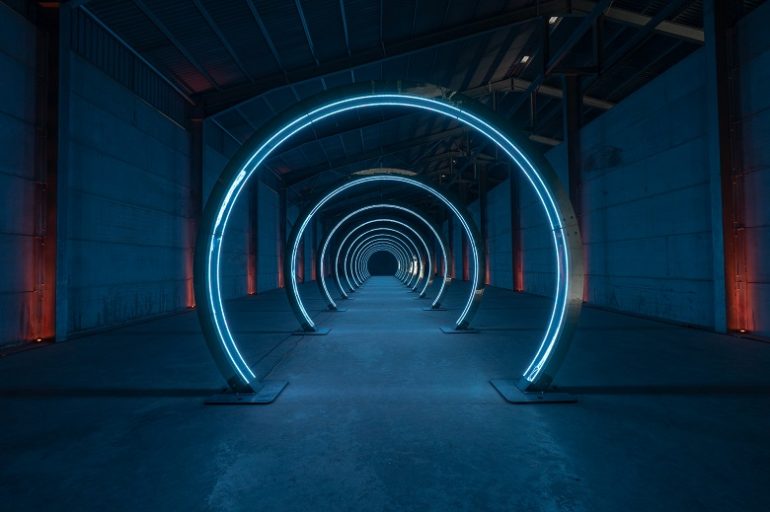 Credit: This is Loop & Sean Kerr

The city of Leicester will be illuminated with some amazing artworks this March, with the return of an exciting festival of light that was first held in the city in 2020.

Light Up Leicester includes nine illuminated artworks, creating a trail of light through the city’s streets and brightening up the dark winter nights.

The festival will showcase works from some of the world’s leading ‘light’ artists, with many of the pieces being showcased in the Midlands city for the very first time.

The art pieces include PULSE by Loop – a huge tunnel of light and sound that will create an immersive experience for visitors to the city’s St Peter’s Square.

Another large-scale installation on display will be Fantastic Planet, created by the Australian visual artist Amanda Parer. The piece comprises three giant, glowing humanoids which have arrived from a faraway place to explore our planet.

Together with installations at seven other locations across Leicester, the nine works will create an illuminating spectacle in Leicester that will be free for all to enjoy.

“Each of the nine installations will help transform the night-time ambience in Leicester city centre during the four days of the festival.

“We’re very grateful to Arts Council England for supporting this event, and we look forward to working with our partners to deliver what should be a very special festival in Leicester in March.”

The festival is hosted by Leicester City Council, BID Leicester and ArtReach and is supported using public funding by Arts Council England.

Simon Jenner, Director of BID Leicester added: “It’s incredibly exciting to see the return of Light Up Leicester to the city. Not only will we unveil brand new pieces of art, but we will also be working with internationally renowned artists in this area.

“We’re thrilled to build on the success of the last festival in 2020 and to continue bringing events like these to the city centre. We’re expecting audiences of over 70,000 to attend across the four days of the festival, which is a fantastic boost for local businesses as well.”

Januarys jobs in the garden – Plenty of frost and some snow!