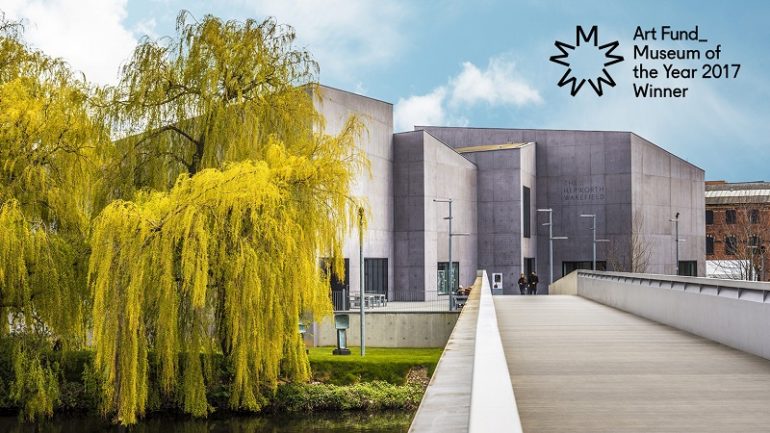 The prestigious Museum of the Year award for 2017 was presented to the Hepworth Wakefield gallery during a glittering ceremony attended by 470 guests staged in the Great Court of the British Museum in London recently.

Despite only having been opened in 2011, the quality and inventiveness of exhibitions staged since then impressed the judges, led by broadcaster Jo Whiley; and they had no hesitation in awarding The Art Fund’s £100,000 prize to the Hepworth despite stiff competition from the other four finalists. They recognised the contribution the gallery has made to the local community in attracting tourism and also introducing The Hepworth Prize for Sculpture in 2016, quickly gaining national recognition.

The other four museums shortlisted for the award reflect the depth and variety of establishments on offer throughout the country and demonstrate that it is not just the major institutions such as the V&A (a winner in 2016) that have the ability to mount innovative and attractive projects to draw visitors in. The other finalists were Birmingham’s Lapworth Museum of Geology, the National Heritage Centre for Horseracing & Sporting Art in Newmarket, Sir John Soane’s Museum and Tate Modern, both in London. This year, for the first time, the four finalists each received a £10,000 prize.