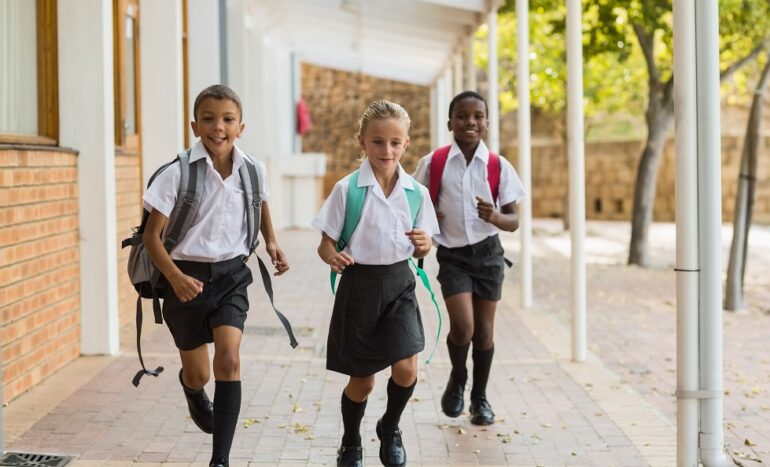 To commemorate The Queen’s Platinum Jubilee celebrations in June, all pupils in state-funded primary schools across the country are set to receive a unique keepsake from Her Majesty.

The Queen’s Platinum Jubilee celebration is just around the corner and as the nation is getting ready to celebrate this momentous occasion, primary school children will be given a free commemorative book – Queen Elizabeth: A Platinum Jubilee Celebration – due to be handed out later this month in schools throughout England.

Royal experts and historians have compiled the book, to tell the story of Isabella, a little girl visiting her great-grandma Joyce. In the story, Isabella’s grandma tells the little girl all about the Queen and the Platinum Jubilee.

Inside, the book includes famous quotes from the monarch, plus details on the lives of significant Commonwealth figures, and a detailed timeline of the Queen’s life.

Each book can be personalised by the child by adding their name to the ‘this book belongs to’ section on the inside cover. The book is also featured in the National Literacy Trust’s Platinum Jubilee Royal Reading Challenge for children.

An extract from the book reads: ‘During the Queen’s reign, the world has changed in so many ways. This book will help you understand the amazing life and times of our Queen and the magic of the unique, unshakable bond she shares with the people she serves.’

The story also tells how the four nations joined as the United Kingdom, featuring details of Owain Glyndwr’s rebellion against the English during the 1400s to take the title of ‘Prince of Wales’.

Nadhim Zahawi, Education Secretary, said of the book: “Queen Elizabeth II is the first British monarch to celebrate a Platinum Jubilee and Her Majesty’s dignity, commitment and grace continues to inspire people all over the world.

“Millions of children will soon receive their own commemorative Jubilee book, celebrating and showcasing the Queen’s incredible living legacy.

“I hope all our pupils are as excited as I am to read about Her Majesty’s amazing life and the people and events that have shaped history during the last 70 years.”

Pupils in Scotland and Wales will receive their copies of Queen Elizabeth: A Platinum Jubilee Celebration in September, and it can also be purchased online and in bookshops from June 23.