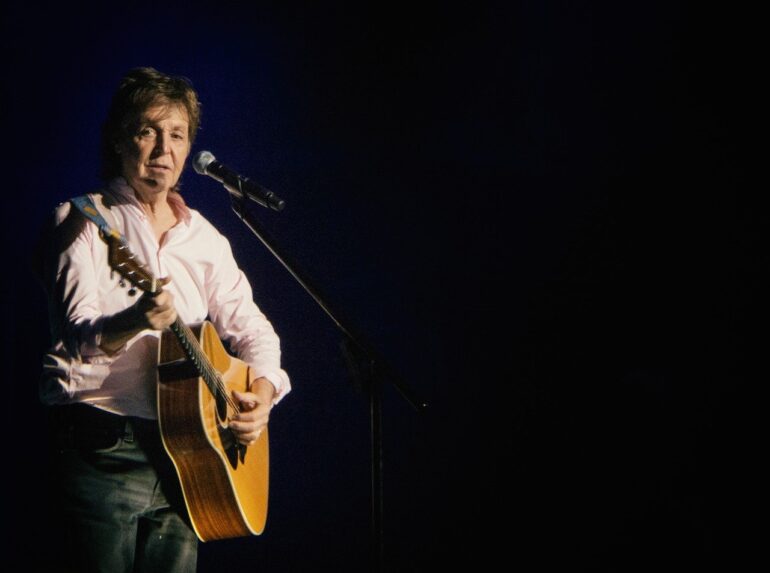 Eight of the stamps feature a selection of album covers spanning the ex-Beatles solo albums, from 1970, through to his most recent release, McCartney III, which was recorded during lockdown in 2020. The remaining four stamps feature images of Sir Paul in the recording studio.

Sir Paul helped to select the images used, which span three decades of his solo recordings from his post-Beatles career, including his time in the band Wings.

Royal Mail said: “Paul McCartney is an icon of 20th and 21st-century popular music. He is recognised by Guinness World Records as ‘the most successful songwriter of all time’ having written or co-written 188 charted records in the UK, of which 91 reached the top 10 and 33 reached No.1.  He is the most successful albums act in UK Official Chart history and has been awarded more than 60 gold discs.

“In the USA he has composed 32 No.1 singles and is a 21-time Grammy award winner. 2021 marks the 50th anniversary of the release of RAM, and the formation of the band Wings, which achieved huge success as one of the biggest selling acts of the 70s – with 27 US top 40 hits, and five consecutive No.1 albums.”

Sir Paul is the latest artist to feature on the Royal Mail’s Music Giants series, where rock bands Queen and Pink Floyd have previously been commemorated.

He is also one of only three solo music legends to be honoured with a dedicated stamp issue.  In 2017 David Bowie was featured, and in 2019 a set of stamps honouring Sir Elton John were released.

The stamps are due to be released on May 28, however, keen Beatles fans and stamp collectors can pre-order at the Royal Mail website. A run of one thousand individually numbered, limited edition collector sets will set you back £99.99 and includes all eight special stamps and a plectrum-shaped Silver Proof medal struck exclusively by The Royal Mint.  A book of six first-class stamps featuring Sir Paul is also available for £5.10