The UK’s wide array of museums and galleries had no choice but to close their doors multiple times last year (2020) as the country became overwhelmed by the Covid-19 pandemic.

Interested in arts and culture, Diys.com analysed the latest data from the Government to establish which Government sponsored museums and galleries suffered from the biggest drop in visitor numbers from January to September 2020.

Notably from the three iconic London institutions, the Royal Armouries: White Tower (1,228,671) and Tate Britain (1,139,819) had over one million fewer visitors through their doors in contrast to 2019.

In joint second position is the Royal Museums Greenwich in London and the National Coal Mining Museum in Wakefield, as they both saw a 77% decline in visitor numbers between January to September 2020.

During this period, Royal Museums Greenwich welcomed 1,768,480 fewer people and the National Coal Mining Museum 68,870 fewer people when mirrored against their respective visitor figures from January to September 2019.

On the other end, the National History Museum in Tring had the lowest drop in visitor numbers at 62%. The museum welcomed 44,947 guests to their site from January to September last year – still a significant fall when considering the 118,587 people that came between January to September 2019.

Overall, from all the reviewed museums and galleries in the research, there was an average 74% decrease in visitor numbers from January to September 2020. 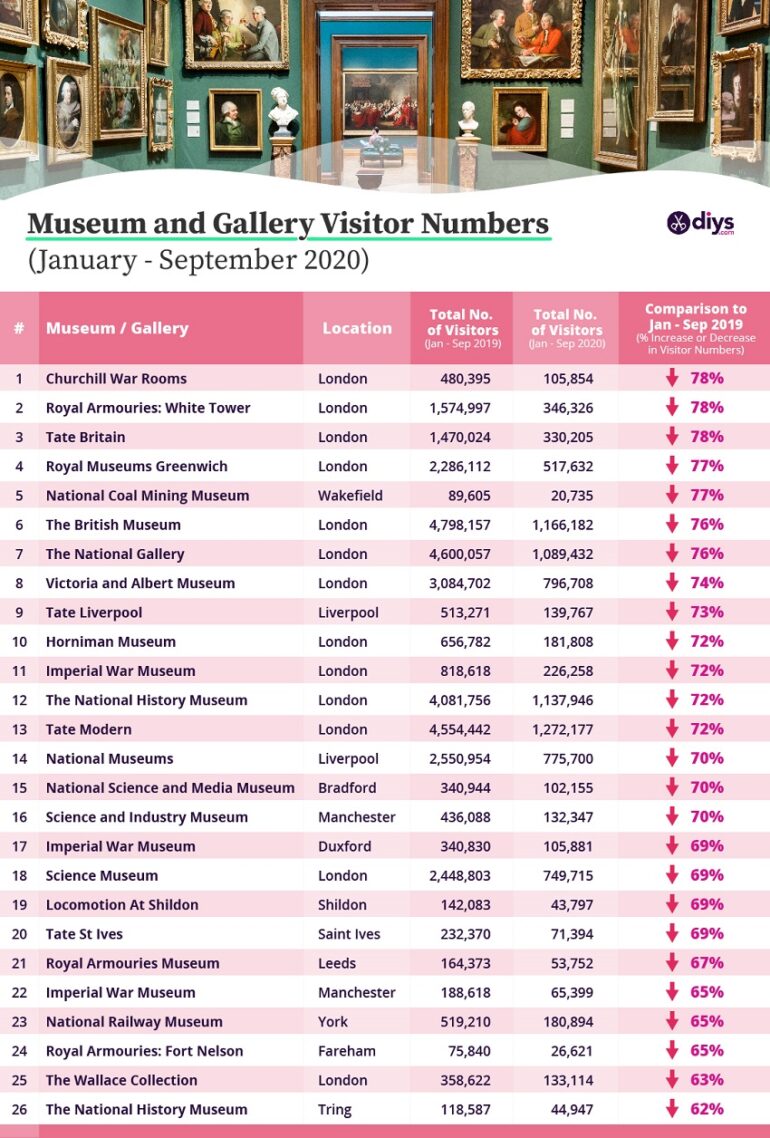 Best Art Galleries and Museums to Visit this Summer