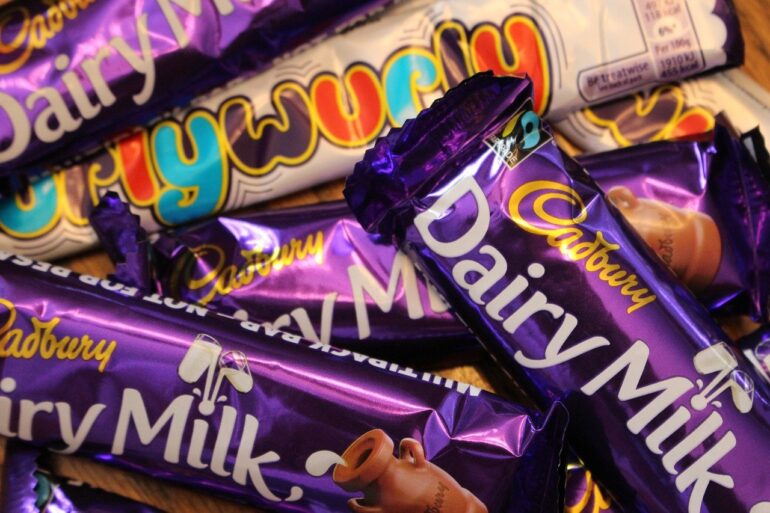 Cadbury’s iconic Dairy Milk bars are undergoing a facelift that sees the words on the purple and white wrappers replaced with short stories as part of a campaign to combat loneliness in elderly people.

Cadbury has partnered with Age UK, to feature extracts of stories told by older adults which will be printed on the packaging as part of the ‘Donate your words’ campaign.  Grab one of 10 million Dairy Milk bars which feature one of six stories, as Cadbury donates £150,000 from the sales of the chocolate to Age UK.

Chocolate lovers will be able to enjoy intriguing tales from people like Rose, 79, who once kissed Elvis Presley, and Harry, 84, whose family joined a travelling circus when he was just 11.

The full stories can be read online and the idea is to inspire younger people to start conversations with the elderly. Age UK says 225,000 older people frequently go a whole week without speaking to another person.

Cadbury’s ran a similar campaign in 2019 when packaging was left blank as Cadbury had ‘donated their words’ to charity. This time, the chocolatier is asking members of the public to get involved and submit a story online about an elderly person – with a chance to win a hamper full of chocolate.

In response to the campaign, Pippa Rodgers Brand Manager at Mondelez, said: “Keeping true to the brand’s philanthropic roots, and the Cadbury belief that there is a glass and a half in everyone, we are extremely proud that the Donate your words campaign has already encouraged hundreds of thousands of people to start a conversation with a potentially isolated or lonely older person.”

Fundraising Director at Age UK, Laurie Boult, commented: “The latest edition of the Donate your words bars will remind us all of the interesting and insightful stories many older people have to share, and that we could all benefit from taking the time to ignite these meaningful conversations – who knows what we’ll hear in return.

“We’re encouraging everyone to get behind the campaign by buying a unique bar and by reaching out to talk and listen to the older people around them. It can really make the world of difference.”

Cruse asks Nation to ‘Wrap Our Arms’ around the UK