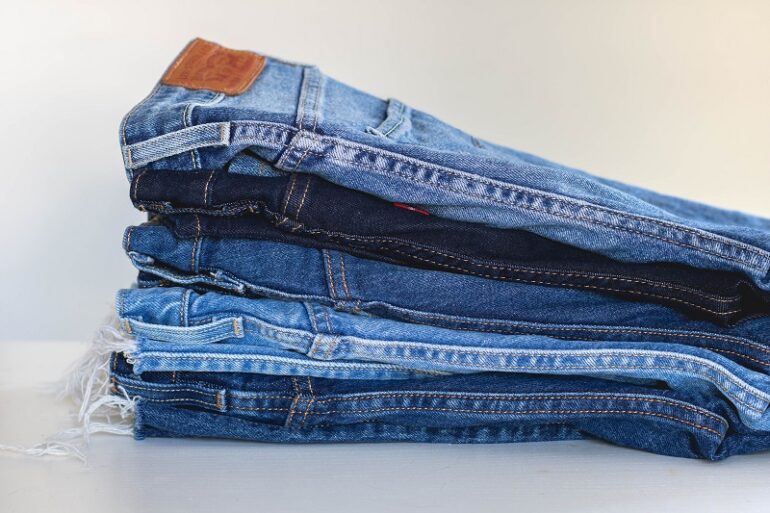 A heart-warming fundraising project has seen twenty-one teddy bears created from pairs of jeans donated by celebrities and musicians to raise money for a children’s charity.

The bears from the Great Teddy Bear Project are being sold in an online auction that will run until Thursday, December 2. Each unique bear has been handmade by specialist bear-makers Canterbury Bears and embroidered with the signature of the celebrity whose jeans from which they are made.

The project is organised in support of Together for Short Lives, the UK’s leading charity for the 99,000 children with a life-limiting or life-threatening condition, and their families, ensuring they do not have to suffer alone, and instead can treasure every moment together, whether that’s for years, months or only hours.

“We are so grateful to everyone involved in this special project. Every bear sold will help to make a lifetime of difference for families facing up to the heartbreak of their child dying young,” said Andy Fletcher, CEO Together for Short Lives.

The celebrities who have donated their jeans include astronaut Tim Peake, who said: “The Great Teddy Bear project is a wonderful way to bring some joy into children’s lives. I was amazed by the quality of the bear. It had a personality and character all of its own, which shone through.

I love the fact that my bear is wearing a ‘Flown in Space’ patch which has orbited Earth 3000 times.

Teddy bears can provide so much comfort to children and it has been a privilege to be part of this very special project.”

Talking about the project Roux Jr said: “Fantastic initiative, raising much-needed funds for an incredible cause, and the bears aren’t too shabby either.”

To make a bid for your favourite bear visit The Great Teddy Project website.