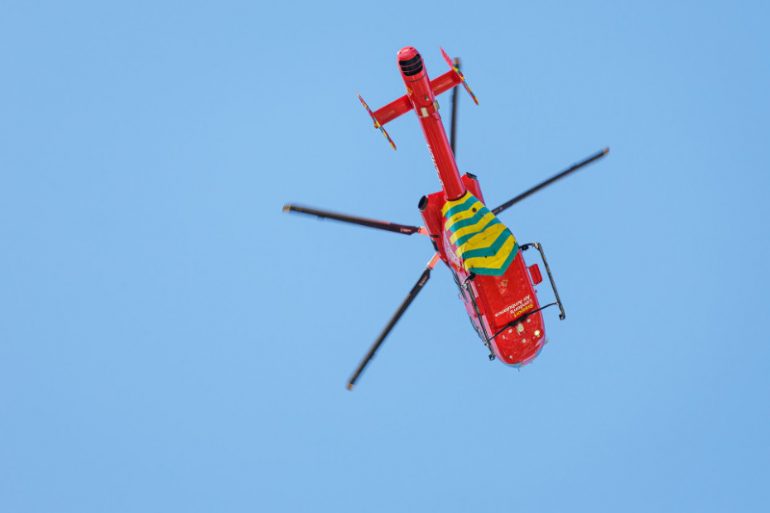 A 100-year-old woman has raised over £2,342 for the Wales Air Ambulance after requesting donations from family and friends instead of gifts to mark her milestone birthday.

Centenarian Annabelle Thomas, from Llangammarch Wells, Powys, has asked the community to make charitable donations to acknowledge her 100th birthday.

Mrs Thomas, who celebrated her 100th birthday by holding a party for her family and friends, wanted to make a difference to the local community and had advised well-wishers that she did not want any gifts – but if any of the community wanted to help her celebrate reaching her century, then a small donation to Wales Air Ambulance would be greatly received.

In response to the kind gesture from Mrs Thomas, Helen Pruett, Wales Air Ambulance’s Community Fundraiser said: “Firstly, we’d like to wish Mrs Thomas a happy 100th birthday. It’s people like Mrs Thomas that keep our four helicopters in the air and our rapid response vehicles on the road, by doing selfless things – like asking for donations to our 24/7 Charity instead of presents to mark their special milestone.

“Mrs Thomas is helping us be there for the people of Wales when they need us most. Thank you so much for raising so much money for the Wales Air Ambulance.”

Wales Air Ambulance covers the whole of Wales every single day. Each year, the charity attends over 3,500 missions by air and by road, covering the rural countryside and many bustling towns and cities.

There are four airbase operations in Caernarfon, Llanelli, Welshpool and Cardiff that are ready to save lives wherever needed. The Wales Air Ambulance service offers advanced critical care across Wales. The Charity needs to raise £8 million every year to keep the helicopters in the air and rapid response vehicles on the road.