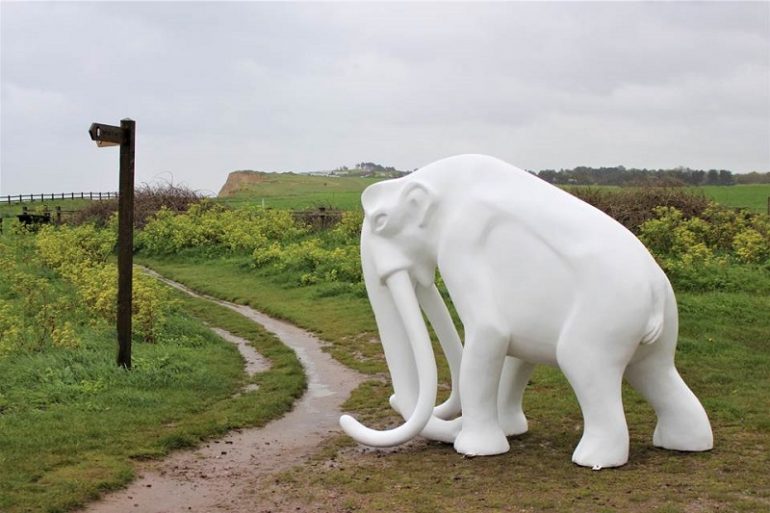 A host of dinosaur and mammoth sculptures will be prowling across Norfolk this summer in a bid to raise money for a charity that helps children and young people in care.

The GoGoDiscover trail features fifty-five tyrannosaurus rex and twenty-four steppe mammoth sculptures and is in Norfolk until 10 September.

The attraction is free to visit, but there is a small charge for maps of the dinosaur trail which can be either purchased at the event or downloaded from the app. All donations will support Break, a charity that supports those in care in East Anglia and helps each and every young person thrive, no matter what their start in life was.

Each brightly coloured sculpture is approximately two metres tall, weighs in at about 85kg and is constructed from toughened fibreglass.

The T-Rex sculptures can be viewed around Norwich city centre, with the creatures appearing at local sites including Chantry Place, Norwich Cathedral, The Forum, Castle Quarter, and Jarrold.

One of the sculptures – the mammoth based at West Runton – is there in honour of the UK’s oldest and largest fossilised mammoth skeleton which was found in the coastal village.

As well as the two trails, local schoolchildren have been busy creating over one hundred mini dinosaurs as part of GoGoDiscover’s learning and community program.

Pete Marron, GoGoDiscover’s project manager, said: “The ferocious T-Rex and mysterious mammoth have captivated children’s imaginations for years, which is why we’re so excited to bring this prehistoric squad of sculptures to Norfolk this summer.

“We hope that by delivering a fun, family day out across the county we can capture the imaginations of dinosaur hunters and mammoth explorers of all ages; while at the same time raising much-needed funds to make life better for young adults leaving care.”

Dino fans even have a chance to own one of the seventy-eight sculptures, which will be auctioned off in aid of Break once the trails close in September. Order tickets for the online auction and find out more about how to visit the dinosaur trail and support Break at the event website.