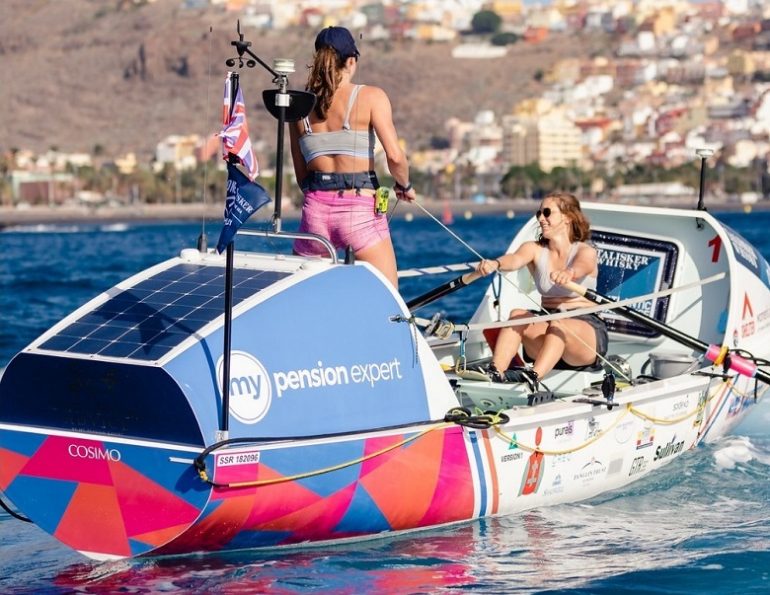 Two friends without any previous rowing experience have broken the world record for rowing across the Atlantic, raising over £40,000 for charity.

The friends entered the Talisker Whiskey Atlantic Challenge, one of the most challenging rowing races in the world, and upon arrival in Antigua were greeted by applause and a warm welcome from friends and family who had flown out to celebrate their success.

The duo raced against thirty-five other teams from around the world and after stepping back onto dry land said they felt “exhausted but exhilarated” after rowing two hours on, two hours off continuously since 12 December 2021.

Jessica and Charlotte had to contend with a capsized boat, sleep deprivation, severe heat, blisters on their hands, and birds flying into their faces during their time at sea.

“The race was long and absolutely brutal but well worth it. The support we got on social media from friends and family, and the generous donations being made, spurred us on,” said Jessica.

“Having had no rowing or ocean experience, we’re amazed that we even completed the challenge, let alone set a new world record … and we’re still friends at the end of it despite being at sea for months in a tiny boat,” added Charlotte. “It shows that you really can do anything you put your mind to, which has always been our motto as friends since University, and we hope it helps inspire others.”

Jessica and Charlotte used their challenge to raise money for Shelter and Women’s Aid and have so far raised over £42,000. They plan to increase the total by hosting a Charity Ball later in 2022.

The plucky pair are already considering their next adventure adding: “It would have to be something extreme like a trek through the desert. Our friendship has always been dotted with incredible challenges, from marathons to triathlons, but the Atlantic Challenge experience is going to be a tough one to beat.”

To make a donation or to find out more about the Charity Ball, visit the Team Wild Waves website.