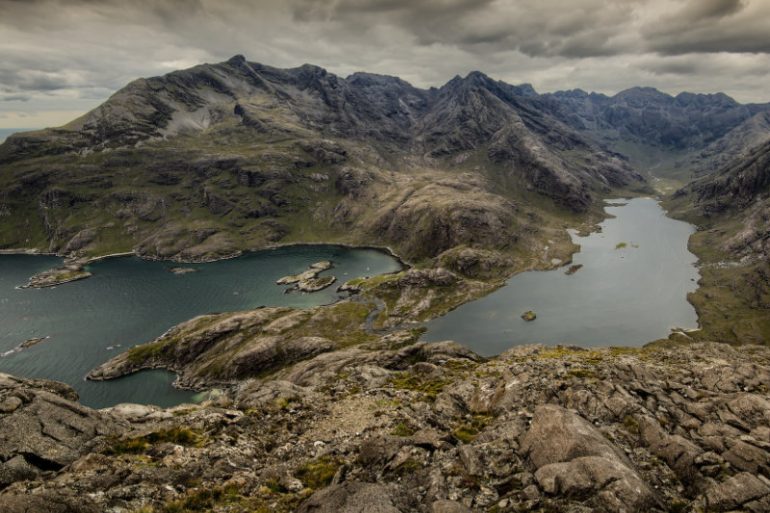 A grandfather of four has completed a charity challenge to climb Scotland’s 282 Munros – defined as mountains higher than 3,000ft.

82-year-old Nick Gardner, from Gairloch in the Scottish Highlands, decided to undertake the gruelling climbing challenge to raise money for Alzheimer Scotland and the Royal Osteoporosis Society after his wife Janet, was diagnosed with Alzheimer’s and osteoporosis.

Mrs Gardner is now in full-time care, and Mr Gardner wanted a challenge that would give him a focus and raise funds for the charities that are close to his heart.

He climbed his first peak in July 2020 and reached the final summit of Cairn Gorm on August 13th, and was met at the top by a crowd of well-wishers and family

“I’m on cloud nine, it’s absolutely surreal,” he said. “I have never experienced anything quite like it – it’s like a little boy opening his Christmas presents.

“I was walking through the archway thinking, it’s all for me.”

The former physics teacher says he had never climbed a Munro before he started scaling the Scottish peaks, but he has now climbed the equivalent of Mount Everest 17 times – a total of 500,000ft or 152,000m.

Mr Gardner said the toughest part of his Munro challenge was on the Isle of Skye: “If you’re a mountaineer you’ll know the Cuillin Ridge. It’s not a big area but very pointed and jaggy and very dangerous.

“There are 11 Munros in a line and doing that in one go, it took two days to do it. That was the biggest challenge of the lot.”

The plucky pensioner has raised over £60,000 for Alzheimer Scotland and the Royal Osteoporosis Society through the challenge.

“I couldn’t look after my wife anymore. She had to go into care, and I had to get a project to refocus my life, he said.

“I am elated but I’ve not finished climbing.

“I did it because I love climbing and shall carry on. I have my eye on the Devon and Cornwall coastal path walk.”

One of his daughters, Sally McKenzie, has now nominated her father to the Guinness Book of World Records for the oldest person to climb Scotland’s Munros.

Devon Town is Hanging onto its Telephone Box with Diminutive Disco