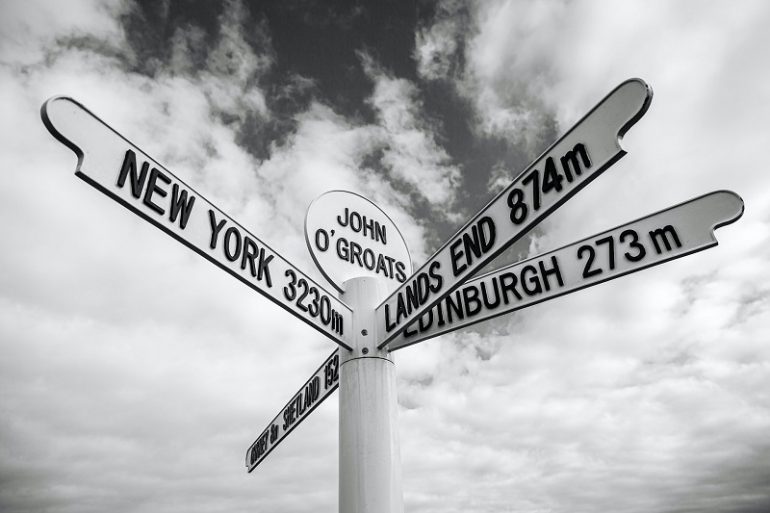 A couple have raised over £4,000 by undertaking a nude charity bike ride across the UK.

Colin Unsworth and his partner Sadie Tann have completed a 1,000-mile cycle from Land’s End to John O Groats – completely in the buff!

The pair, from Adlington, Lancashire, spent more than a month on the saddles of their tandem to raise money for Rewilding Britain and Mind charities along the way.

The couple rode naked for over seventy per cent of their journey – only covering up when the weather was particularly cold, or if asked to by the police.

Colin said most people were very positive about their nude biking challenge, however, the duo also faced adversity and claimed to have been “deliberately knocked off their bike” in Scotland.

52-year-old Colin said: “We came up with a bonkers idea of riding along the longest possible route in the UK and we wanted to do it starkers in order to get some more money for charities.”

“Overall, the response was fantastic, and most people were in fits of laughter, giving us a round of applause or a thumbs up.

“I think most people see the fun element and that we are doing it for charity.

“We did have a few friends and family tell us to be a bit more careful in Scotland and someone took exception to us so much that they drove into us.”

Colin captured the moment on a Facebook Live video, which was handed to the police for investigation.

He added: “We were actually in the middle of doing a Facebook Live video when it happened – it’s all a bit bonkers.

“I knew there would be people who didn’t agree with what we were doing but I didn’t expect that kind of reaction.”

Luckily, although shaken, the couple were unharmed and able to continue with their challenge which took a toll on their bodies.

“Physically, it was tough and neither of us are long-distance cyclists,” said Colin. “This challenge involved cycling 50 miles a day on a tandem bike that was “quite cheap and heavy.

“The Pennines were hard, but Devon and Cornwall were even harder as there are so many steep hills.

“It’s such a relief to have completed it and not to let any sponsors down.”

Colin and Sadie hope that as well as raising money for charity, the challenge has taught people more about naturism and body positivity, saying: “I think the whole body positivity aspect is a big deal in society as body shame affects many people negatively. We are all just human and shouldn’t feel ashamed of our naked bodies.”

Donate to Colin and Sadie’s cause at their JustGiving page.

Brits Splurge on Dating, Charity and Pets as Restrictions Ease