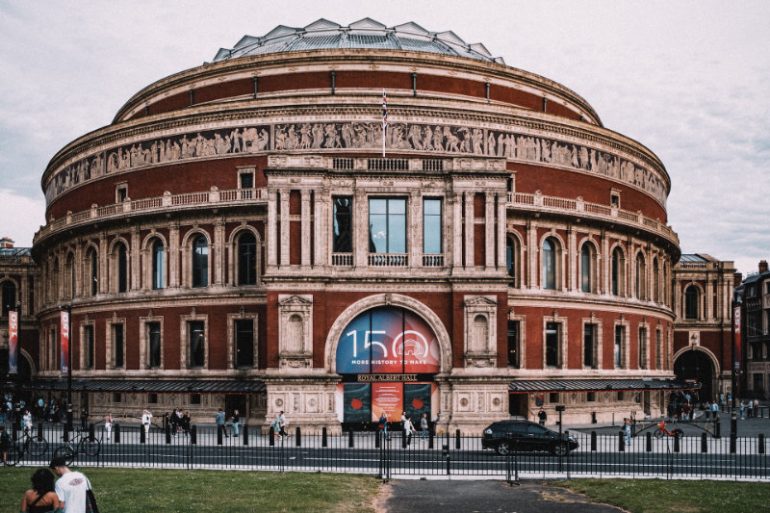 A woman who lost her mother to Lewy Body Dementia has helped to raise awareness about the disease by wrapping a knitted scarf around the Royal Albert Hall six times.

Angela McIntyre, from Northamptonshire, said: “My dear mum died 14 months ago from Lewy Body Dementia. This devastating disease is little known but is probably the second most common cause of dementia. I joined volunteers to help raise awareness and hopefully promote more research into this awful condition.”

The campaign, dubbed #AScarfForLewy, saw a 1,600m scarf wrapped around the entire circumference of the Royal Albert Hall in London.

Angela became involved with the inspiring project by knitting five scarves to form part of the mile-long final product and travelled to London to help wrap it around the iconic Royal Albert Hall.

Angela added: “I really wanted to get involved and support the amazing team at the Lewy Body Society to help them raise awareness of Lewy body dementia. Dementia affects so many people and it’s important to make sure you get it correctly diagnosed and get the support available to you.

“It was a fantastic day – one I’ll never forget and am so proud to be a part of it.”

It’s thought that around 100,000 people in the UK have Lewy body dementia, around 10-15 per cent of those with dementia. It can cause the motor problems associated with Parkinson’s disease, hallucinations, and sleep problems, as well as the progressive decline in cognitive abilities found in other forms of dementia.

Jacqui Cannon, chief executive of The Lewy Body Society, said: “We’re incredibly grateful to Angela and to all the knitters up and down the country and internationally who’ve got out their needles in support of A Scarf for Lewy.

“The aim of the scarf was to showcase the huge amount of wraparound support that we can offer those living with Lewy body dementia and their families.”

To find out more about Lewy Body Dementia or to show your support, visit the charity’s website.

Brits Splurge on Dating, Charity and Pets as Restrictions Ease