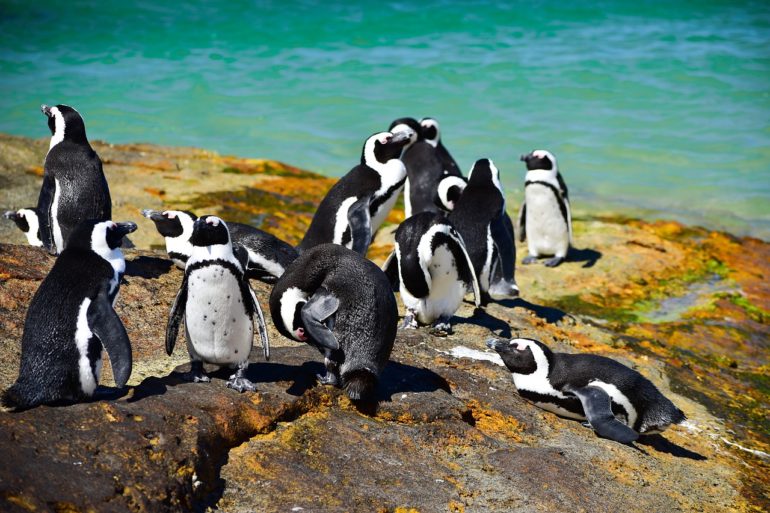 Wednesday 25 April is World Penguin Day, an annual event organised by Greenpeace, but according to Compassion in World Farming, these popular birds’ days could be numbered unless urgent action against factory farming is taken.

Penguins feed on small fish, but these are being taken from the world’s oceans on a huge scale. Almost one-fifth of the total catch is turned into fishmeal to feed farmed salmon, pigs and chickens, mainly in Europe and China. The UK imports up to 100,000 tonnes of fishmeal each year.

Many associate penguins with cold climates, usually the four-feet tall Emperor Penguin. However, there are 17 species of penguins, with the Little Blue only around 16 inches in height. All of them have their natural habitats in the Southern hemisphere.

The issue has reached chronic proportions in South Africa, where the population of African penguins is in severe decline with just 50,000 left in the wild according to the organisation. Left unchecked, experts predict extinction of this breed within 15 years.

The problem is so widespread that Compassion in World Farming CEO and naturalist, Philip Lymbery has written a book on the subject, titled ‘Dead Zone: Where the Wild Things Were’. The organisation has also released a video, filmed on Boulders Beach on South Africa’s Cape Peninsula, which can be viewed here:

Compassion in World Farming was formed 51 years ago and is the leading farm animal welfare organisation dedicated to ending factory farming and achieving humane and sustainable food.

Lymbery urges immediate action to be taken, and not just by farmers: “We must fix our broken food systems to end this senseless destruction and build a more sustainable future, before it’s too late.

“Penguins are one of the most popular species on our planet and we’re in serious danger of losing them unless we act now. If we continue to plunder small fish to turn into fishmeal for factory farmed animals we risk them disappearing forever.

“In the last 40 years, the total number of wild mammals, birds, reptiles, amphibians and fish worldwide has halved. It’s a shocking statistic and even more shocking to realise that it’s the food on our plate that is responsible for two-thirds of this wildlife loss.

“Demand for cheap meat is driving this problem so we can all make a difference three times a day by choosing to eat less and better meat such as pasture-fed, free-range and organic.”

Dr Lorien Pichegru is a leading marine biologist based at the Institute of African Ornithology. Her team tracked penguins, with the conclusion that overfishing was causing them to search further for food, with a detrimental effect on breeding rates.

“Over fishing is a huge concern,” Dr Pichegru said. “Both fishermen and penguins are struggling because the fish population is also declining. It’s very worrying.”

Louise van der Merwe, Compassion in World Farming’s South African representative added: “The African Penguin is South Africa’s most rapidly declining bird and is listed as ‘Endangered’ on the IUCN Red List of Threatened Species. Now the H5N8 strain of avian influenza has added a further challenge to the Boulders Beach colony. The very survival of the African Penguin depends on us understanding the overwhelming impact on them of feeding fish to land-bound factory farmed animals like pigs and chickens so that we, in turn, can eat them cheaply.”