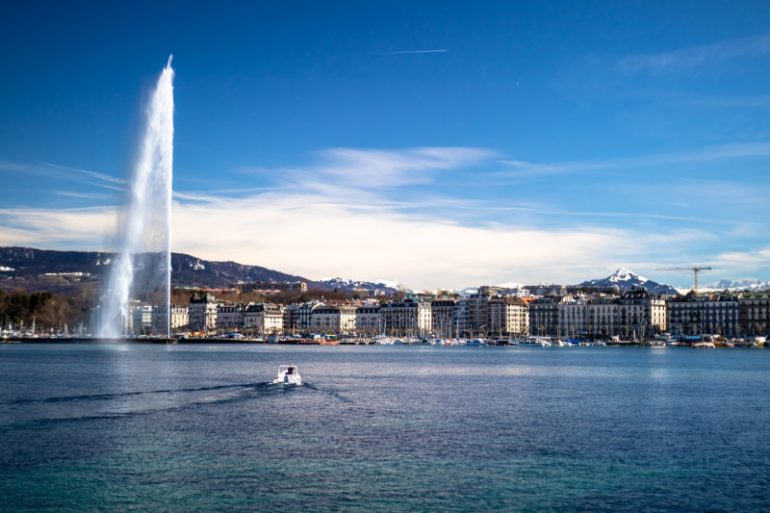 A team of farmers from Norfolk are taking the plunge by swimming across Lake Geneva to raise money for brain tumour research.

The five-strong team will be competing in the Maillot d’Or race, which covers the 70km length of the huge lake on the border between France and Switzerland.

The team will be raising money for the Brian Cross Memorial Trust, founded in memory of the mayor of Dereham, who died from brain cancer in 2006. One of the swimmers is Alex Begg, the son-in-law of Mr Cross.

Mr Begg, who runs a farm with his wife Rosie said that the trust has generated more than £1m since it was formed, while also raising awareness of brain tumours which still attract a “very low proportion” of cancer research funding.

“Brian was very well respected across Norfolk and one of his amazing legacies is providing great motivation to raise awareness and funds to give other families in a similar position hope and optimism that there might be better cures in the near future,” he said.

This isn’t the first time that Mr Begg has swum for the charity, having raised £25,000 by swimming the English Channel in 2019. However, he said Lake Geneva presented a different challenge: “It is a significant undertaking for anybody.

“The length of Lake Geneva makes it one of the longest and most demanding swims, and it is fresh water, so you have less buoyancy and that adds to the level of difficulty.

“And you have the challenge of swimming at night, so it is both a physical and a mental challenge – but the scenery makes it a beautiful place to take on such a challenge.”

Mr Begg and the rest of his team will each swim for an hour in the relay and expect to spend twenty-four hours in the water in total.

Farm shop owner Sam Steggles is also part of the team – who has pledged to swim on despite breaking his toe.

“It has curtailed my training, but it won’t hamper me in the race,” Sam said. “We are very determined to complete the race and a broken toe is nothing compared to a brain tumour.

“The bit I am not looking forward to is swimming at night, but I am confident that we will succeed and raise a lot of money for a worthy charity.”

6 of the Best Campsites for a Staycation this Summer