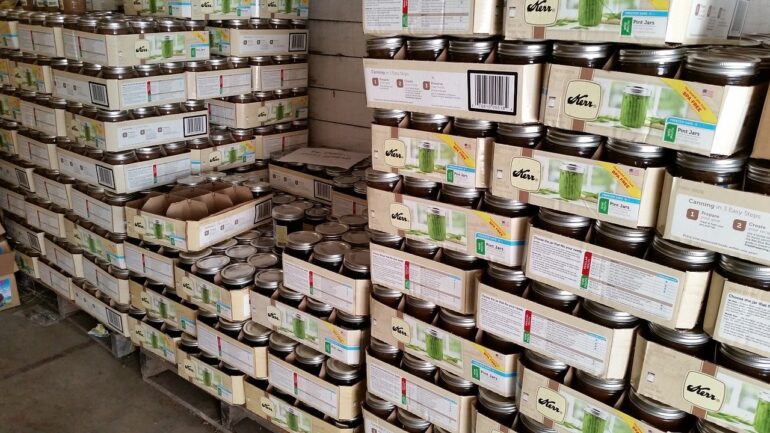 The Shambala Festival team, who were furloughed in 2020,  say they are ‘feeling useful’ again after joining forces with FareShare South West to deliver one million emergency meals by February 2021.

The project, known as FoodStock 2020, has been boosted by the Bristol-based festival team who have opted to help out over the winter months.

Shambala Festival’s operations team member Christine Dent said it was ‘tough feeling at a loose end’ after the summer festival was cancelled due to COVID-19 restrictions on large gatherings.

She commented: “It’s been so rewarding to be busy again – especially for such an important cause”

“This year has been tricky, to say the least so it feels amazing to be doing something good and having a positive impact on the lives of people who are struggling,” Ms Dent added.

“My usual role at Shambala is very busy and fast-paced which I love and it’s been tough feeling I’m at a loose end, but it’s been so rewarding to be busy again.”

A Shambala Festival spokeswoman said the teams’ skills were ‘very transferable’ and they were ‘thriving’.

“Foodstock 2020 is so worthwhile and is providing such a lifeline to the most critically vulnerable in our region.”

FareShare South West CEO Julian Mines praised the festival team’s efforts, adding that it “has been and will continue to be significant for the whole of the South West region during a very difficult winter”.

The Shambala Festival takes place annually in August at a secret location in Northamptonshire. The 2020 festival was due to host over 200 music acts across 12 live stages. In March, festival directors announced the event would be postponed until August 2021.

How to Make and Maintain a Compost Bin

Revealed: The Top 10 Happiest Places to Live in the UK

The Wanted Release Charity Single in Remembrance of Tom Parker