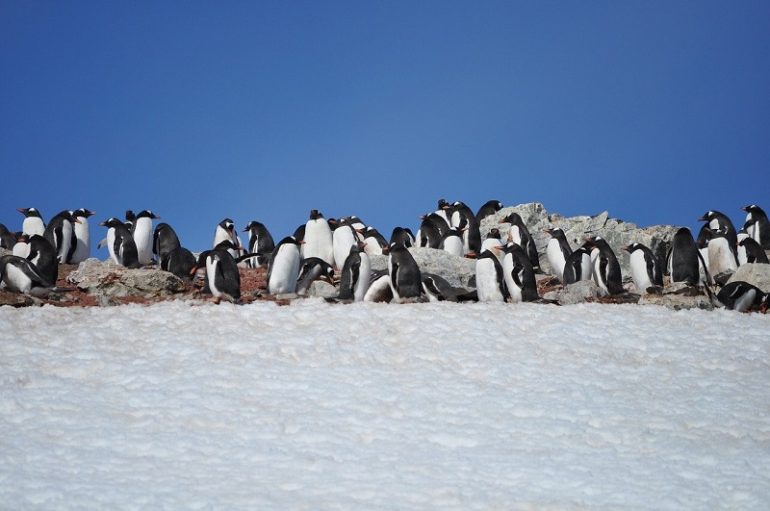 An unusual job vacancy has become available for people who fancy spending five months in Antarctica, running the world’s most remote post office.

The successful applicants will be tasked with maintaining Port Lockroy base on Goudier Island in the Antarctic Peninsula – and will be employed by the UK Antarctic Heritage Trust.

The post will run from October 2022 until March 2023 – and the Trust which is responsible for preserving historic buildings and artefacts in Antarctica – says it usually gets hundreds of applications for these jobs, although this is the first time the role will open to the public since the pandemic.

Port Lockroy was the first permanent British base to be established on the Antarctic Peninsula, initially used from 1944 to 1962. However, since 2006, it has been used as a post office, museum and home to a colony of Gentoo penguins.

Candidates will need to run the post office, maintain the artefacts in the museum and conduct a penguin count as part of efforts to protect the Gentoo penguin colony.

Lauren Elliott, one of the postmasters who undertook the role in 2019, said: “It was really exciting, we got to count all the penguins when they hatched. You have to do a lot of cleaning and there’s lots of penguin poo, which we call guano, but there’s never time to be bored – it’s a really interesting place.”

“Our team still talks today, and you’ll make friends for life. We were all so different, but all hard-working, flexible and had the ability to live with a small group of people. And most importantly, you need to be able to have fun and appreciate exactly where you are.”

UK Antarctic Heritage Trust’s operations manager Lauren Luscombe added: “Given the nature of the day-to-day tasks involved to keep Port Lockroy running smoothly, we look for applicants that can bring a range of skills to the team such as retail experience, heritage, conservation and building maintenance, and leadership or management.

“But beyond that, it is important for applicants to show us who they are – we need to get to know them, through their application and throughout the selection process. The successful candidates will be living in close quarters for five months, so it is also essential that we curate the right balance of skill sets and personalities.”

People wishing to apply for the role can do so on the UK Antarctic Heritage Trust’s website before Monday 25 April.