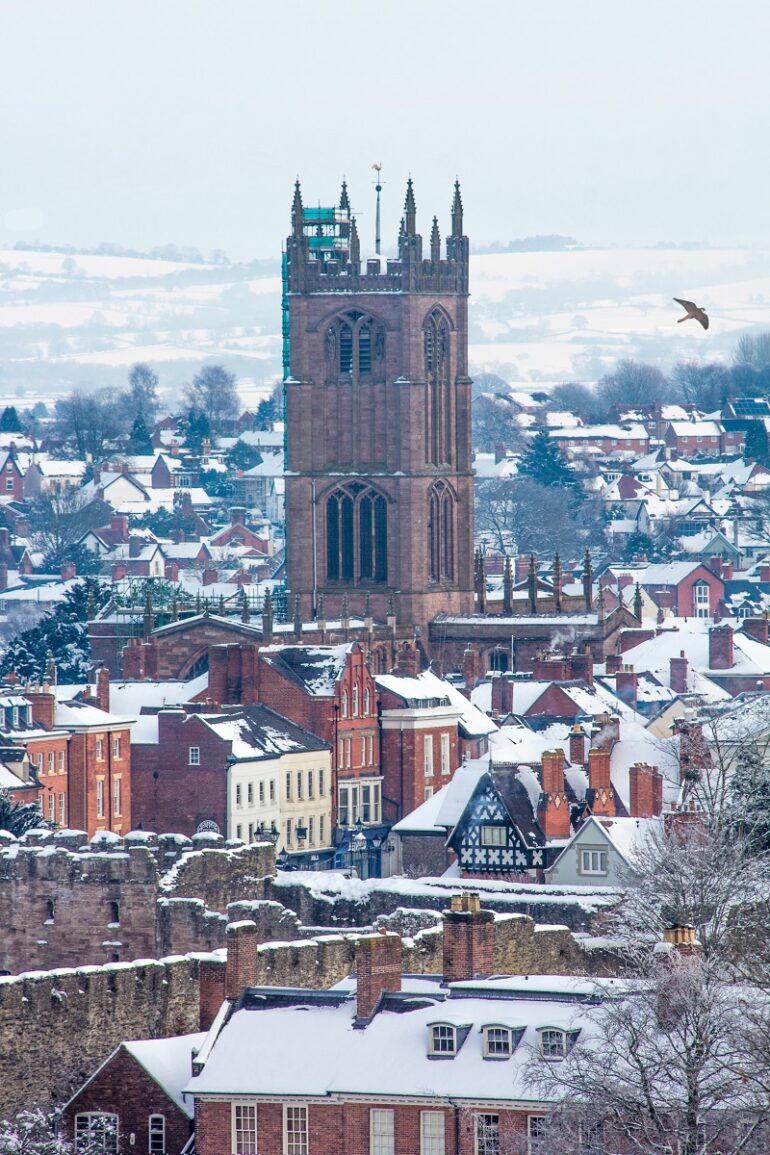 A mum from Shropshire has ridden ‘Lady Godiva style’ through her hometown to raise awareness and much-needed funding for a suicide prevention charity.

Grace Oakley said she that had been inspired to ride around the streets of Ludlow, because her mother had taken her own life in 2004.

Ms Oakley said: “I know just how heart-breaking and devastating it can be for those who are left behind.”

And she said that help with suicide prevention was ‘extra-relevant now, because of the effect the pandemic had had on people’s mental health.’

The near-naked horse ride – which lasted about 30 minutes – has raised more than £2,000 for Papyrus, a charity that focuses on preventing youth suicide.

Ms Oakley said she was twelve when her mother killed herself and it was not clear why she did it but added: “I think she just felt so alone, in a bit of a rut and she had nobody to turn to. I think everyone at some point has felt lonely, especially last year with Covid.’

The idea for the naked ride was formed while she was watching television once evening, with the mum of one saying: “It’s the last year of me in my 20s and I wanted to do something outrageous.”

Ms Oakley decided to use the ride to raise awareness and money for Papyrus, saying that when she called the charity to explain her idea, the person who picked up the phone “sort of laughed and said ‘really?'”.

“But in these days, nobody would sponsor Barney the dinosaur,” Ms Oakley added.

Her nine-year-old daughter also loved the idea and told proudly told her teachers and everyone at school about the charity ride. And Ms Oakley believes her mother would approve too and would not be surprised.

She said: “When she took her life, she wrote us all a note. On my separate little piece of paper, it just said ‘Grace just keep on being yourself’.

“I’ve always been daft; I’ve always been rebellious and done daft things that I probably shouldn’t, and this is just one of those things. She’ll be rooting for me and laughing.”

To find out more about Papyrus, visit the charity’s website.