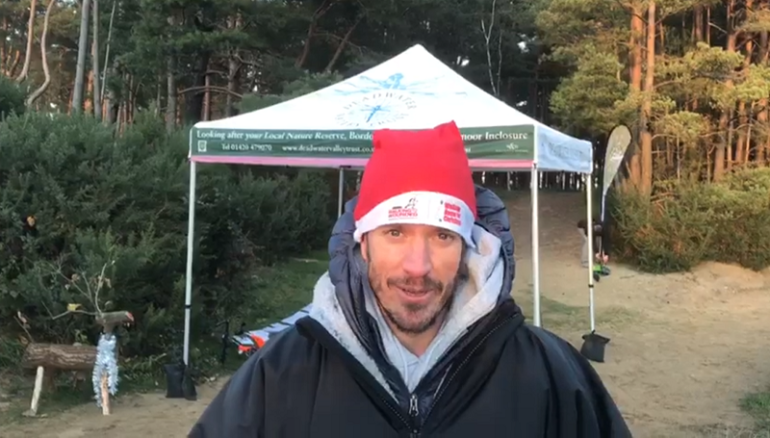 An army veteran has raised more than £143,000 after completing an astonishing 25 marathons in just 25 days – all in aid of an armed forces charity.

Brian Wood, from Whitehall, Hampshire, was awarded the Military Cross for gallantry in combat for his actions during the Battle of Danny Boy in Iraq in 2004 and undertook the marathon challenge in memory of the 635 soldiers who died in the Afghanistan and Iraq conflicts.

He ran a total of 635 miles (1,005 km) to raise funds for the armed forces charity Walking With The Wounded. He initially aimed to raise £20,000 for the charity, which helps injured service personnel –  but thanks to the generosity of hundreds of supporters, his fundraising total currently sits at just over £143,000.

Brian said that he was “overwhelmed” by the response as he crossed the finish line of the final marathon last week. The former colour sergeant in the Princess of Wales’s Royal Regiment completed marathon number twenty-five at Hogmoor Inclosure – a former army off-road vehicle training track near Bordon, Hampshire.

He said: “I wanted to pay my respects to the 635 people who gave their lives during the Iraq and Afghanistan conflicts.

“Running 635 miles over 25 days has not been easy but it is no comparison to those who gave the ultimate sacrifice.

“I have been humbled and overwhelmed by the generosity and support I have received from so many of the public over the past month.”

Chief executive of Walking With The Wounded, Fergus Williams, added: “Brian has completed his Ultimate Sacrifice challenge and in doing so, he has paid homage to those who gave their lives to serve our country.

“Next month marks 10 years since the war in Afghanistan so this is a particularly poignant moment. We at Walking With The Wounded are incredibly grateful to Brian for taking on this challenge in support of the Charity.

“Seeing the support from the public has been humbling and every donation that has been given, no matter how big or how small will go towards our support programmes and will make life-changing differences to the lives of those who served and their families. Thank you.”

Williams, who was with Brian at the finish line, presented the runner with a flag featuring all the names of the Armed Forces personnel who died during the Iraq and Afghanistan conflicts.