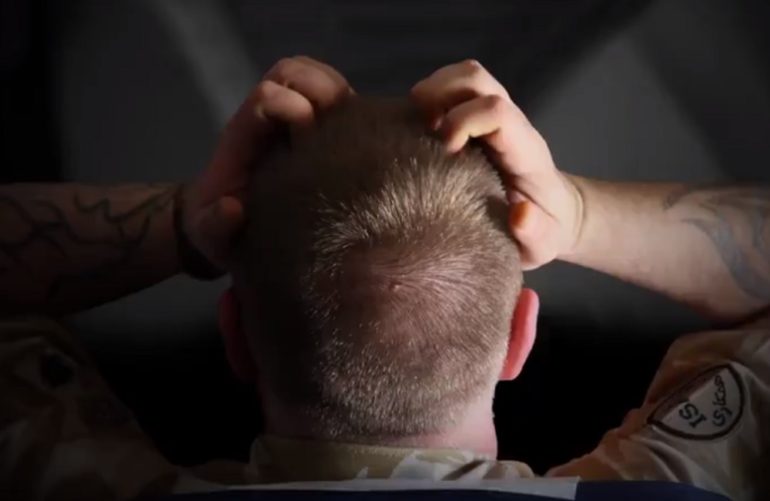 A helpline to battle growing mental health problems among UK troops has been launched by the Ministry of Defence and charity Combat Stress.

The MoD has pledged £20m over 10 years to fund the project, the biggest internal marketing campaign on mental health they’ve ever run.

The service will run in conjunction with the charity’s veterans’ 24-hour helpline, which has run since 2011.

Defence Secretary Gavin Williamson has also agreed for the MOD to spend an extra £2 million a year for the next decade to improve mental health services in the Armed Forces on top of the £20 million per year that is currently committed. The additional money will fund an increase in mental health specialists and bolstering existing NHS provision.

Mr Williamson said “Our people are our priority. I want them to know how seriously we take their mental wellbeing. That’s why we have commissioned a new 24/7 mental health hotline and committed to spending an extra £2 million a year on mental health for the next decade on top of the £20 million a year we already spend.

I will personally be working with the Chiefs of Staff from all three services to make sure there isn’t a single person in the forces who doesn’t know where to turn in times of trouble.

Mental illnesses caused by life on the battlefield can have a devastating impact on our brave heroes and their families.”

Service personnel and their families can call 0800 323 4444 for mental health help from today. The @VeteransGateway is a single point of contact for veteran support, just one of the many services provided for personnel who have left the forces. https://t.co/AzXpXDHlsR pic.twitter.com/zrRxaikdIP

Can you Beat a GCSE Student in a Science Test?