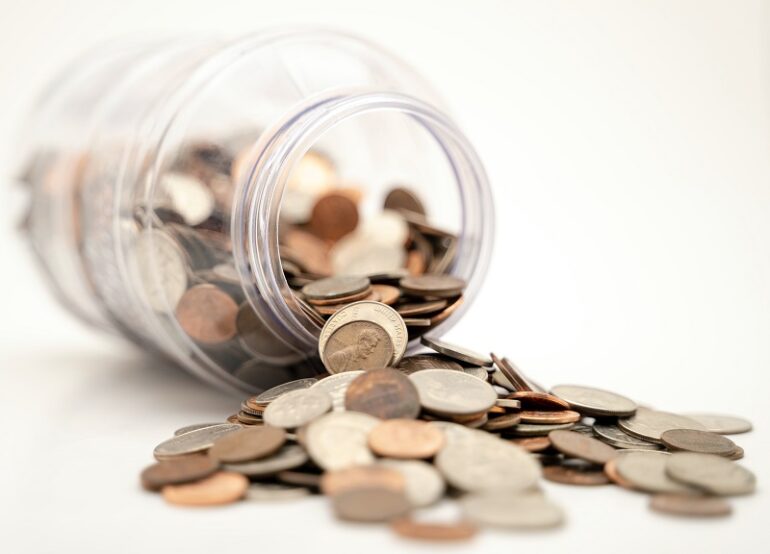 Brits are holding onto an estimated £50m in loose change at home, according to data from banking trade body UK Finance.

The UK Finance data reveals that the public has been stashing coins up to three times longer than they did before the coronavirus lockdowns. The findings have prompted requests for loose change in the home to be donated to charity, as cash donations to charitable causes fell during the pandemic.

However, the report also revealed that the use of cash had recently risen – especially amongst 35 to 54-year-olds – as shops, restaurants and entertainment venues reopened.

“It is clear that with the reopening of the economy there has been some degree of revival in cash transactions,” the research concluded.

Head of Research at UK Finance, Adrian Buckle said that when people received a £1 or £2 coin, they tended to carry it with them and spend it. But lower-value coins were often hoarded at home with seven out of 10 of us dropping our loose change in a pot and forgetting about it.

Among the 1,000 people surveyed, most tended to store cash at home for security, but other reasons were cited, such as paying friends and neighbours for shopping, buying gifts and pocket money.

The report suggested that the public may need to be actively encouraged to participate in the recycling of hoarded cash to avoid significant wastage to the UK economy – urging that giving the loose change to charity was one way to achieve this.

Eric Leenders, managing director of personal finance at UK Finance said:  “Putting your pennies in a charity box is a great way to help those in need.”

“As charities struggle to resume fundraising, while continuing to work on the frontlines of the response to the pandemic, donating spare loose change would be a huge show of much-needed support at a critical time.”