Written by: For Good Causes 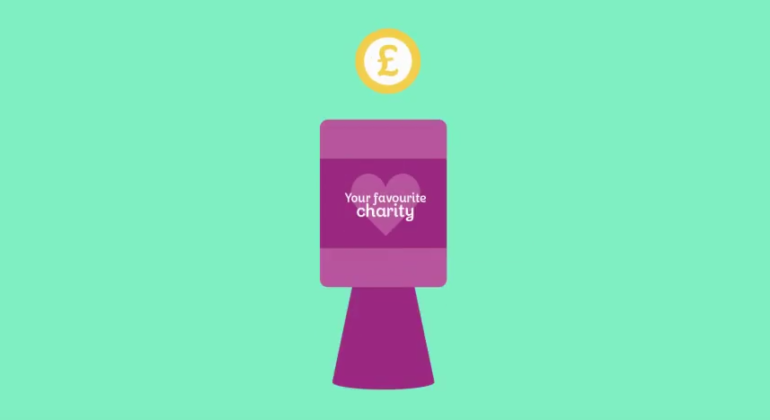 New social enterprise, For Good Causes, launches today (28.2.2018) enabling people to convert their unused loyalty rewards into cash for their favourite charities. For Good Causes aims to work with as many of the UK’s 200+ loyalty programmes as possible starting with Quidco, the UK’s largest cashback service. For Good Causes seeks to raise £100m in the next five years through developing new ways for people to give to the charities that they love.

Quidco’s 7 million members now have the option to donate their earned cashback to a charity of their choice through For Good Causes. Since starting in 2005, Quidco members have earned over £400 million in cashback, with the average Quidco member earning £305 a year.

For Good Causes also launches its digital charity gift card. This new ‘gift of giving’ is the first time that a gift card can be given to the charity of the recipient’s choice. It’s available from launch partner Giftcloud and the For Good Causes website.

Through distribution partner, Charities Trust, consumers already have over 13,000 charities to choose from for their donations and For Good Causes aims to enable donations to any UK registered charity in the near future. For Good Causes welcomes charity partners to work closely with them to maximise the funding opportunities and currently have 15 partners including Walking with the Wounded, Alzheimer’s Research UK & Prostate Cancer Research UK. Charities are urged to get in touch and take part.

Founder and CEO, Crispin Rogers, explains the idea behind For Good Causes, “There is so much cash sitting unspent in the form of cashback, points or miles in over 300 million loyalty memberships. That’s a lot of people who could opt to donate their unused rewards to their chosen charity without even having to dip into their pockets.

“We’re working with the loyalty and charity sectors to create a brand new currency for giving. People love the idea. 66% of people we spoke to said they would give their unused loyalty rewards to charity, with millennials being the most likely to do so (77%). 54% would also buy a charity gift card for donation to their favourite charity. It’s incredible to think that in a £6.5bn gift card industry, this is the first time that people can do this.”

For Good Causes is in discussion with other loyalty programmes, including supermarkets, airlines and hotel operators. “Whilst some loyalty programmes offer customers two to three charities chosen by the retailer to redeem their rewards, take up is often limited – because customers want to choose the charity themselves. Although in the UK we are one of the most generous nations on earth when it comes to giving to charity, the things we want to donate toward are very personal to us, depending on what has happened to us, our family or loved ones or what has simply touched our souls. And that’s good for business too – 44% of consumers we surveyed said they would think more positively of a brand offering this option and a quarter said they would buy more from participating retailers. So it makes really good business sense for retailers as well,” adds Rogers.

Appetite for For Good Causes: