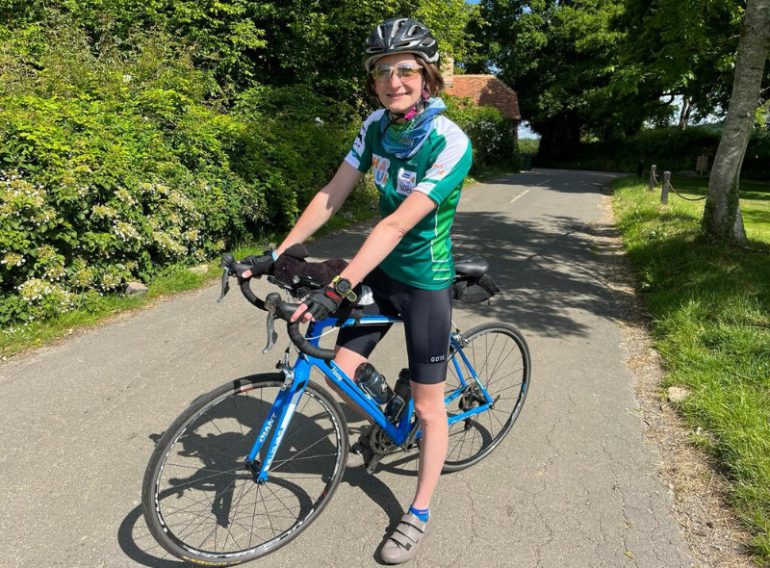 A paediatric nurse is cycling more than 3,200 miles to visit every children’s hospice service in the UK in a bid to raise £500,000 in support of their vital work.

The start of Francesca Lennon’s tour coincides with Children’s Hospice Week (June 20-26) and the 35-year-old aims to complete the challenge before the end of August by biking an average of 46 miles a day.

To support her challenge, the 54 children’s hospices in the UK have pledged to complete 54 minutes of cycling or any wheel-related activity – a minute to represent each centre.

“I’m in a very privileged position in that I get to be with them on their journey and support them through some of the most difficult times of their lives, which most people don’t see.

“I wanted to find a way to be able to share that with people and show what families go through and then what children’s hospices do to support them.”

Children’s hospices in the UK care for more than 99,000 seriously ill children and are 87% charity-funded, according to ChatUK – a charity founded by Ms Lennon.

The funds raised on her epic bike challenge will go towards Together for Short Lives, a children’s palliative care charity.

She started her training in May 2020 having not ridden a bike since she was a child – but says her mother, who is a regular cyclist has helped her along the way.

“I was a runner before, but I knew it would take too long to run to all the hospices, so I had to think of another way”, she said.

“My mother didn’t even let me get on a bike to start off with. So, I was getting up at six in the morning to cycle up and down the path by my house so I wouldn’t embarrass myself.”

To find out more about the challenge or to donate, visit the Race Francesca Just Giving page.

Charity Duo Smash Record for Rowing Across the Atlantic