Unbelievable video and photos of the polar bear sighting have been sent to WWF by a resident of the island of North Uist, after stumbling across the bear whilst walking her dog. The images have been verified, and they align perfectly with signals obtained from the WWF polar bear tracker.

The greatest threat to polar bears is climate change, which is causing record levels of sea ice to melt. By adopting a polar bear with WWF, you can help to protect this magnificent species from these threats they are facing due to climate change.

This is not the first time polar bears have been found on Scottish shores, sadly last year reports of what were thought to be three corpses were washed up along the west coast of Colonsay, in the Inner Hebrides. 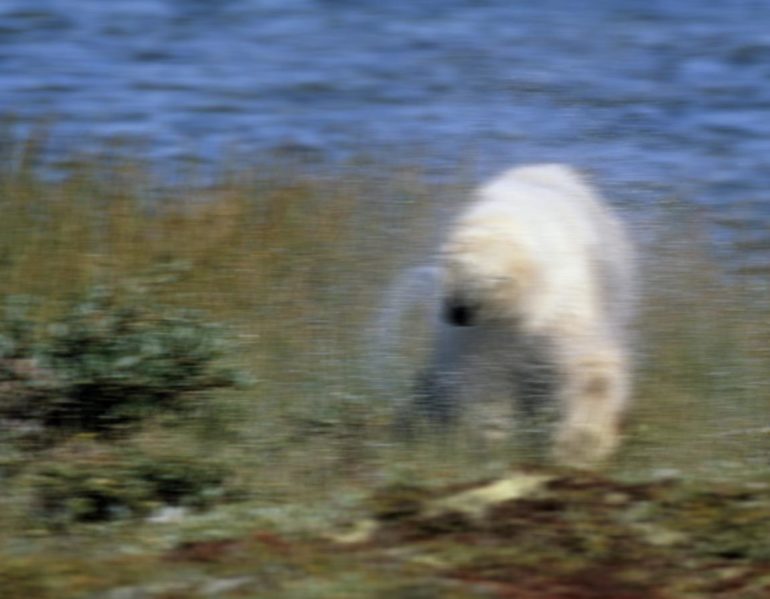 WWF’s polar bear tracker has been recording the unusual movements of one of the polar bears over the last few months with data suggesting this phenomenon is set to become the new norm as species adapt to the effects of climate change. This polar bear has been sighted on a beach on the island of North Uist, where an abundance of their favorite prey, seals, is found.

The polar bear (ID: 1APRF1S), has been tracked from Svalbard, in the Norwegian Arctic since January, across the 2,000 km of sea to the Outer Hebrides.

The Arctic is warming at a rate of twice the global average with sea ice projected to almost disappear in the summer within a generation. Polar bears are uniquely adapted to live on sea ice and are dependent on it to hunt seals, travel and find mates to breed. 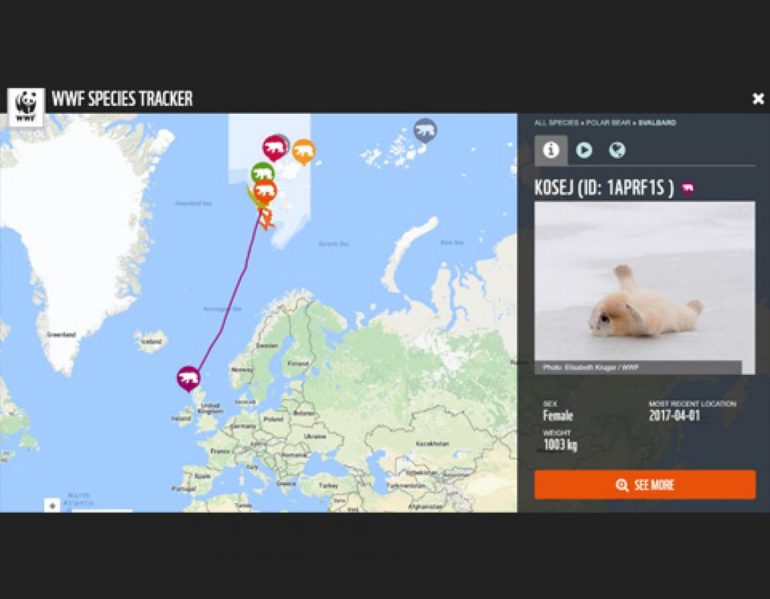 “We need to act now to lower our carbon emissions by improving energy efficiency, switching from fossil fuels to renewable energy and tackling climate change head-on to limit the impact on all arctic species, including polar bears.”

Melting sea ice may cause polar bears in some parts of the Arctic to travel further to find prey, spend more time on land and use more of their vital energy stores.

Current predictions find that by 2050, polar bear numbers may decline by 30% due to the rapid loss of sea ice unless climate change is halted. And it’s not just polar bears which are vulnerable, WWF’s Living Planet report 2016, found nearly one in six species are at risk of extinction from climate change.

By adopting a polar bear with WWF, you can help to protect them from the threats caused by climate change.

Ten Days to Celebrate in April