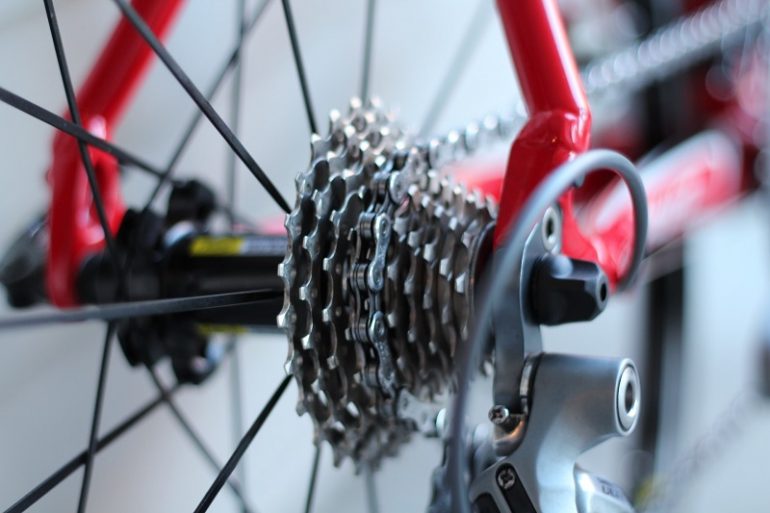 A retired social services manager is helping a local end-of-life charity to raise thousands of pounds by upcycling bikes and selling them on.

Seventy-nine-year-old Margaret Gregory is part of a team of bike mechanics involved in a popular bike recycling scheme, which was the brainchild of cycle enthusiast Paul Wilcox.

Margaret, who used to repair lorries and trucks during three years in the Territorial Army, up-cycles donated bikes before they are sold to raise money for Treetops Hospice and other local charities.

Margaret, from Breaston, Derbyshire, has been tinkering with bikes since she was a child. She has spoken about her involvement in the scheme: “I was raising money for churches in Breaston and Draycott. A friend, Andy, who recycles everything in sight, used to bring me bikes to do up and I would sell them for the church.

“Sometimes there were specialist ones I didn’t have tools for, and so Paul came and did some repairs for me. It was around the time when Covid started that Paul really launched the bike recycling scheme and it just took off from there.”

“When I was a kid, my father couldn’t mend a puncture, so I had to start looking up mending all my own punctures and that’s when the bike repairs started,”

Margaret estimates she has worked on at least 2,000 bikes since the scheme began. But her mechanical skills do not end there.

“When I was about 17 to 20, I was in the Territorial Army for a bit, on-call for Suez, so we had to service the trucks and lorries and go out on manoeuvres. It was absolutely wonderful,” said Margaret.

“It was practical. I could do anything with my own cars then. I can’t do it now as cars are so computerised, but I do have an old VW Golf I enjoy playing around with.”

Margaret has worked on all sorts of different bikes for the recycling scheme, from classic 1950s BSA and Raleigh bikes to modern high-end Whyte Bikes.

Adela Appleby, Head of Community Relationships at Treetops, explained the impact of the hugely successful bike recycling scheme: “With every bike recycled and sold, Margaret and the team are helping us to care for terminally ill patients and their families in the local community.

“Their support makes such a big difference, and we want to thank them all very much.”