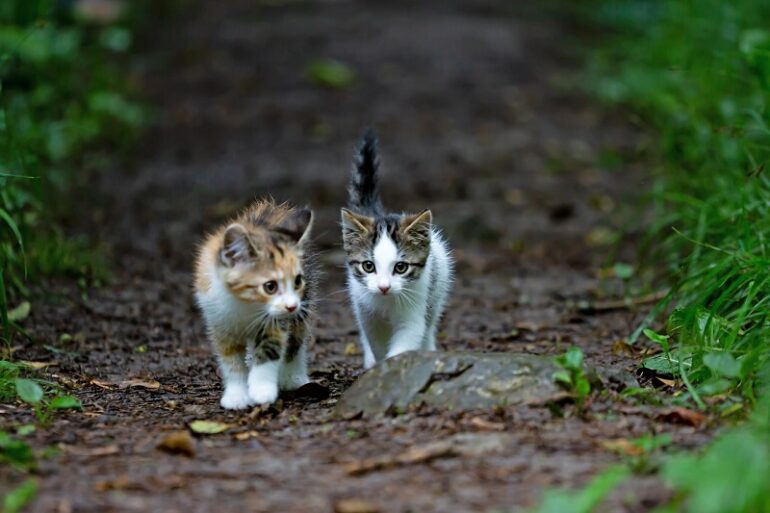 A painting of Ricky Gervais’ cat has fetched more than £3,000 at an auction organised by animal charity Feline Friends London.

The portrait of Pickle the cat was painted by a Capuchin monkey called Pockets Warhol, who is famous in the art world, and has sold a number of paintings of celebrities to raise money for charity. The monkey is also well known for creating the artwork for the album cover of Depeche Mode member Martin Gore’s EP ‘The Third Chimpanzee’.

Pickle the cat was discovered in a London squat and was subsequently adopted by the comedian and actor Ricky Gervais and his partner Jane Fallon. Since then, Pickle has been a popular fixture on social media appearing regular on Gervais’ Instagram and having her own Twitter account.

The money raised by Pickle’s portrait will help Feline Friends and their volunteers across London after a particularly challenging year of financial insecurity due to the Covid-19 pandemic.

Funds from the auction will allow the charity to continue providing vital vet treatments for vulnerable cats, whilst promoting cat welfare, responsible pet ownership and helping to prevent the number of unwanted and feral cats.

The charity relies on a network of volunteers and has a non-euthanasia policy, aiming to help stray or unwanted cats to have a second chance in a ‘forever home’.

During the last week alone, the charity has rescued a mother and her three kittens, a pair of elderly cats from a home in Brixton and a 12-year-old female cat whose owner had sadly passed away. All the rescue cats are vet checked, wormed and microchipped before being rehomed.

The auction has been supported by Ricky Gervais, who has also contributed a signed autograph photo of himself with his cat Pickle.

One in Four Brits Pledge a Charitable Donation in their Will