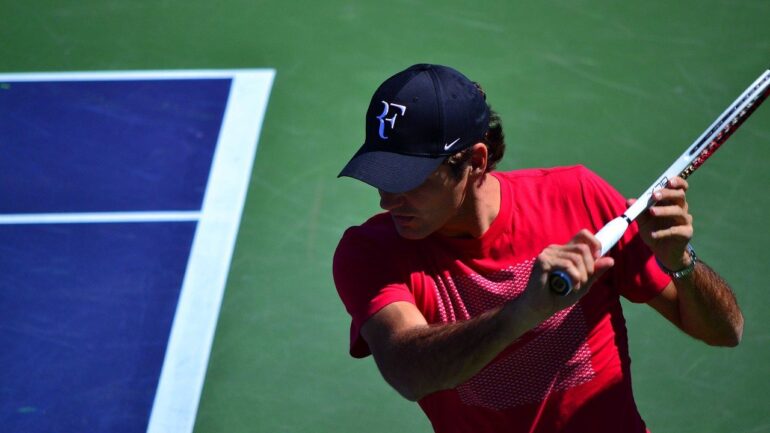 Despite an injury that is keeping Roger Federer from participating in the 2020 Tokyo Olympics, the Wimbledon star has still scored an ace after raising £3.4 million for charity in an auction.

39-year-old Federer donated a host of personal items, which have been auctioned off at Christie’s to raise funds for his charity, the Roger Federer Foundation.

Federer fans bid on lots that included a signed cap from Brisbane 2016 which fetched £4,375, while three tennis racquets used by the grand slam star at the 2012 London Olympics raised £47,500.

Federer’s tournament kit worn during the 2012 London ATP finals, was expected to raise between £5000-£7000. It finally went under the hammer to raise an impressive £32,500 for the star’s charity.

“I am overwhelmed by the generosity and enthusiasm of the support from around the world,” Federer commented. “The prices achieved have been unbelievable, which makes me so happy because the money goes to The Roger Federer Foundation, benefiting children in Southern Africa and Switzerland.”

After the live bidding closed, the auction moved online and ran until 14 July. This auction featured over 300 lots from an array of tournaments spanning his entire career. The eight-time Wimbledon champion donated the kit he wore as a teenager for his first appearance at the Olympics in Sydney in 2000, and the iconic RF cardigan he sported before the Wimbledon final in 2012.

The combined proceeds from the live and online auctions will go to the Roger Federer Foundation, which supports educational projects in southern Africa and his native Switzerland.

The charity was founded to give children in these countries the opportunity of a good education and has helped over two million youngsters since its inception seventeen years ago.

Federer added that he and his wife have been humbled by the funds the charity has raised:  “We started collecting items which accompanied me on court because we thought that perhaps one day we could do something meaningful with them. Mirka and I are humbled to see that the decision we made will make a profound difference to so many children. On behalf of The Roger Federer Foundation, we want to send our sincere thanks for all the support.”