Sight-seeing on the Run • Surf4Hub News and Blogs

A new event is set to hit the streets of London next year when the inaugural London Landmarks Half Marathon takes place on 25 March 2018. The 13-mile route is planned to take in many familiar tourist sights, starting in Pall Mall and taking in Nelson’s Column, the Royal Courts of Justice and Somerset House, before crossing the River Thames briefly to visit the London Eye. Thereafter, it’s back to St Paul’s Cathedral, Bank of England, the Tower of London and Big Ben before finishing outside Downing Street. 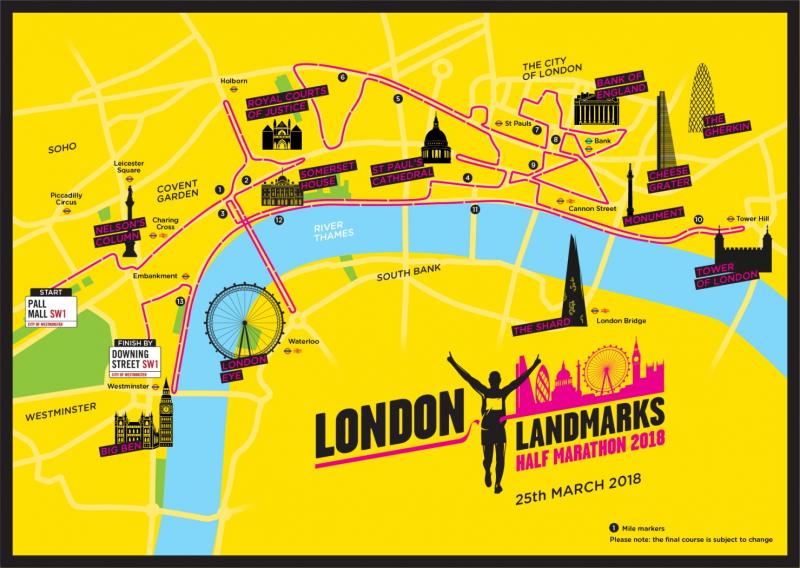 The organisers aim to raise money for Tommy’s baby charity, with upwards of 10,000 runners taking part; 5,000 of them will have paid £49.50 each to compete, whilst a further 5,000 places will be made available via various other charities. It is hoped that the event will accrue about £4 million spread across 100 or so charities, whilst £1.4 million will go to Tommy’s.

The event has already attracted the support of  sporting stars such as former England rugby captain Will Greenwood and Olympic swimmer Rebecca Adlington, amongst others, to what is hoped will become an annual event. Would-be runners can already pre-register for the race by visiting www.llhm.co.uk .

The Courthouse Hotel Does Winter