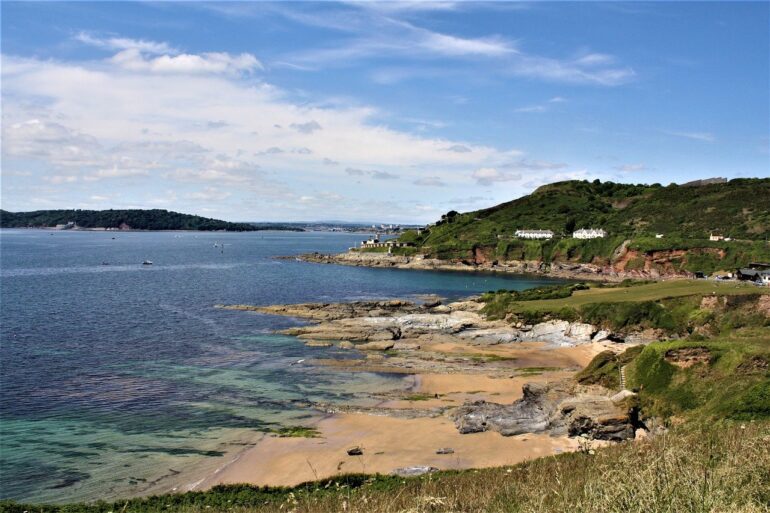 A former Royal Marine has raised £411,000 for charity by completing a 1km open-water swim.

Triple-amputee Mark Ormrod lost his right arm and both legs after stepping on an improvised explosive device while out on foot patrol in Afghanistan fourteen years ago.

Mr Ormrod completed the swim to raise funds for REORG – a charity that helps veterans from the armed forces and emergency services suffering from psychological and physical trauma by teaching them Jiu-Jitsu.

The army veteran completed the 1000m swim from Drake’s Island to the Plymouth coastline on May 28. Ex-Olympic swimmer Sharron Davies and former Veterans Minister Johnny Mercer were there to greet him at the finish line.  Mercer said he was “in awe” of Mr Ormrod and described the achievement as “amazing”.

The 37-year-old army veteran from Plymouth swam from Drake’s Island to Firestone Bay and said that the spectators watching from the sea wall in Plymouth “really helped actually towards the end”.

After the swim, Mr Ormrod spoke to BBC Breakfast: “All in all, it couldn’t have gone any better I don’t think. I got hit in the face with a jellyfish at one point which freaked me out because I’m not used to it!”

REORG’s founder Sam Sheriff MBE was full of praise for Mr Ormrod: “I just can’t explain how proud I am of this man.” He added that the money raised will make “a huge difference” and “ultimately it’s going to change lives”.

Before his swim, the forces veteran spoke to Forces News about some of the challenges he had to overcome whilst preparing for his swim: “It’s been a little bit challenging in that when I first jumped into a swimming pool, so freshwater, after I had lost my limbs, I found that if I didn’t have air in my lungs, that I sank.”

“So, I developed a whole new swimming technique based around that and then when I jumped in the sea, and it’s saltwater, and I’ve got a wetsuit on, I found the opposite and I was super buoyant.”

Mr Ormrod is already thinking about his next fund-raising challenge, which may involve a bike ride across Dartmoor.

Our Favourite UK Beaches to Visit this Summer