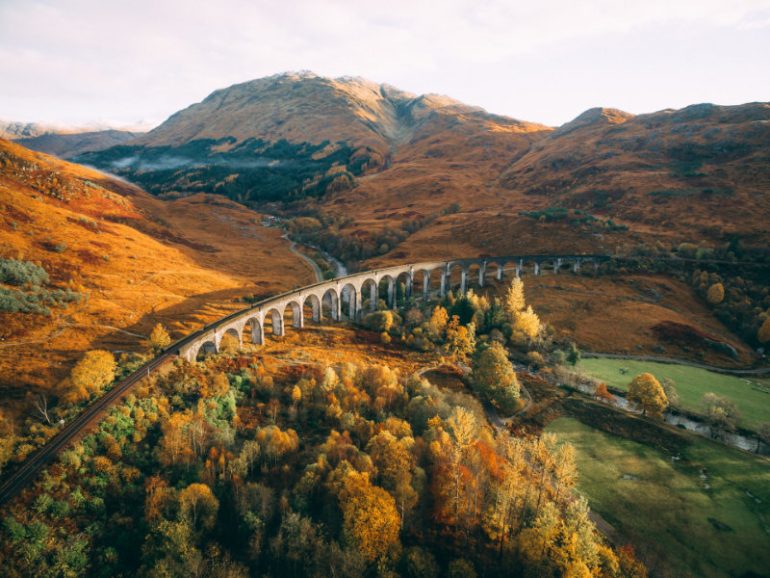 A unicyclist is embarking on a fundraising challenge that will cover some of the toughest terrains in Great Britain.

Luke Evison, from Bristol, will be cycling 250 miles through the Scottish Highlands, in a bid to raise funds for two charities, MIND and Parkinson’s UK.

The epic journey will start in Fort William and follows a chain of lochs up into the northern Highlands. Mr Evison is travelling solo, so will need to carry all his kit and food with him.

“I did a similar challenge in Wales last year,” said Mr Evison. “And this is, if you like, Wales’ big brother.

“The northern part of Scotland is quite sparse. There are settlements, but then you zoom in online and see there is just one farmhouse and a post box. So that may be challenging.”

“The number one thing people have warned me about is midges. And because the route I have planned follows waterways – where they live – and is away from the coastal breezes then they are likely to be the main problem.”

Mr Evison’s brother Neil, who lives in Australia, was diagnosed with Parkinson’s six years ago, something he described as a “devastating blow” for the family. He is splitting the funds from his challenge between Parkinson’s UK and MIND because of the help the mental health charity has given his brother since his diagnosis.

“Obviously, Neil’s Parkinson’s diagnosis has impacted his mental health, and MIND Australia have been a great support.

“But I see it elsewhere as well, a lot of my friends and family – during the course of my life and maybe more so in the last few years – have been impacted by mental health struggles.

“I feel like people talk about mental health issues more now, but still often not a lot gets done, or people say they are OK when they aren’t.”

His journey will take him through some remote parts of the Scottish Highlands and is sure to attract comments from passers-by, something Mr Evison has got used to with training around his hometown.

“The typical one is someone leaning out of their car and saying, ‘Oi mate, you’ve lost a wheel.’ All unicyclists are used to that.

“Someone did come up with an original one the other day, when they asked me if I got the bike half price. That made me laugh.”