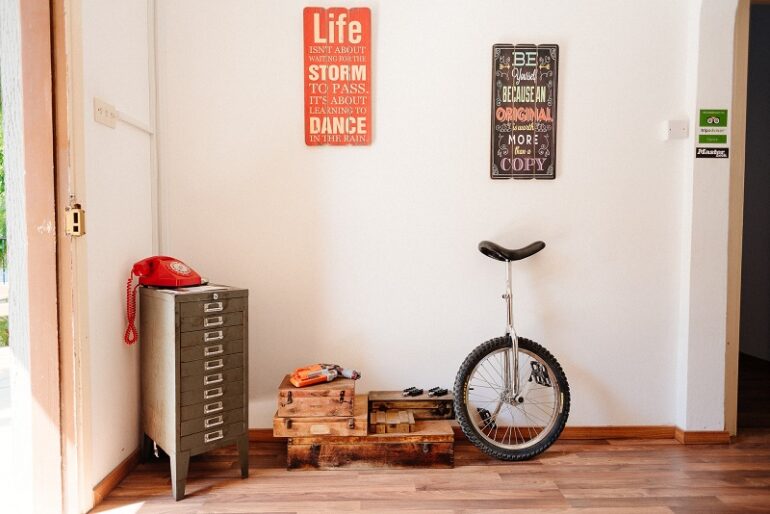 The chairman of an Inverness based charity has completed a ‘wobbly marathon’ challenge, cycling 26 miles on a unicycle to raise funds for people with conditions such as Parkinson’s, cancer and multiple sclerosis.

Dan Jenkins was given the unicycle as an 18th birthday gift – and 32 years later he decided to learn how to ride it to complete his marathon challenge for his charity The Oxygen Works.

The charity, which uses oxygen therapy to help treat those with complex conditions was struck by a flood in February with caused tens of thousands of pounds worth of damage to their premises.

The community rallied around, with many signing up to complete Scotland’s Virtual Kiltwalk charity event to raise vital funds.

Dan, who raised £1,049 from his one-wheeled challenge, was one of 28 people who raised a total of £19,089 for the charity. He said: “I get motivated if I do something a bit different. I’m not really a runner or a distance cyclist, so quite rashly decided to tackle a marathon distance on the unicycle.

“When I was 17, I thought it would be cool to learn to ride a unicycle and my grandparents bought one for my 18th birthday. It’s made only occasional appearances since then and I can barely ride it, but I thought it was time to put it to use.

“I know once I’m on it, I can tootle forward and keep going a fair bit. But there is a big difference between going 70 yards and 26 miles.”

To complete the marathon, Dan pedalled over 40 circuits of a track at Inverness campus over two days.

He concluded: “It was hard work and I didn’t know how it was going to go. But that’s what people live with every day with MS or other long-term conditions.”

The Oxygen Works’ CEO Leigh-Ann Little added: “The response, following the flood, from people wanting to get involved and support us was absolutely incredible.

“We had Kiltwalkers raising money for us in Inverness, Dumfries and Galloway and Edinburgh, setting themselves all kinds of challenges.  All of our board got behind the event and took on challenges, including Dan’s Wobbly Marathon on his unicycle.

“The monies raised will help us to relaunch the centre once the repair works are undertaken.”