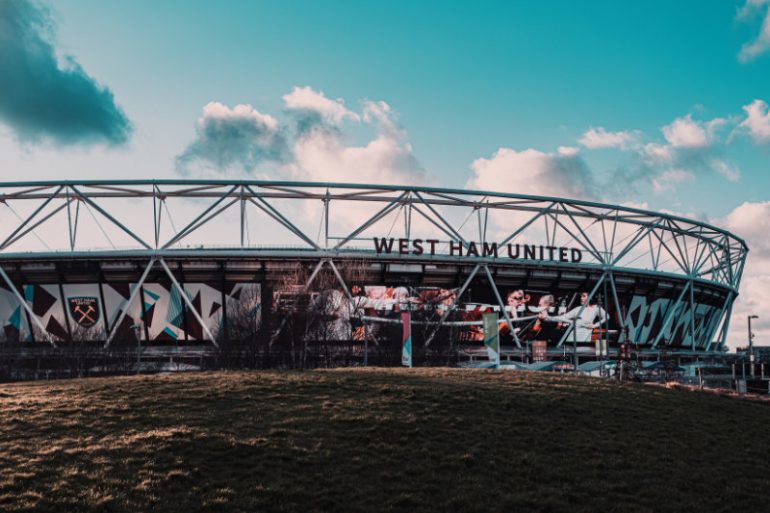 The teams drew 2-2 over the 90-minute match at West Ham’s London Stadium in an entertaining game that raised over £15 million for charity UNICEF.

Former Take That star Robbie Williams sang at half-time, and his crowd-pleasing hit ‘Angels’, got the whole stadium singing along.

England was leading the match until Love Island star Kem Cetinay scored a late equaliser for the World XI – which means he now equals Clarence Seedorf as the all-time Soccer Aid goal scorers with both Soccer Aid stars hitting the back of the net four times.

The Three Lions, had led 2-1 after goals from ex-TOWIE star Mark Wright’s penalty and singer Tom Grennan’s spectacular finish after a fast-paced break from the opposition.

The England team, who were led by manager Harry Redknapp and captained by Liam Payne, also featured a host of celebrity talent, including actors David Harewood and Damian Lewis, along with pro-footballers Gary Neville and recently-retired West Ham player Mark Noble.

Redknapp’s team fought back to take the lead after an opening goal from the penalty spot from TikTok star Noah Beck for the World XI.

Not Going Out actor Mack, who had previously represented England in the charity football series, scored the winning goal to clinch penalty glory after a number of misses from England.

The penalty sparked massive celebrations among World XI players, who mobbed the comedian on the pitch, before UNICEF ambassador David Beckham presented their captains Andriy Shevchenko and Olympic legend Usain Bolt with the trophy after the shoot-out.

Mack then vowed to retire from the charity match, wishing to go out on a high – with Patrice Evra describing the moment as “destiny”.

“I didn’t touch the ball when I came on, before the shoot-out,” Mack joked with Soccer Aid host Alex Scott after the match. “That’s it, that’s definitely it, you are playing next year, I’m not.”

Donations to Soccer Aid can be pledged at the website and all the money raised from this year’s game could help UNICEF provide vaccines, fight malnutrition, and provide safe spaces to protect children in times of crisis, helping kids get back to the childhoods to which they are entitled.