Brits estimated to buy over 20,000 items of clothing during their lifetime. 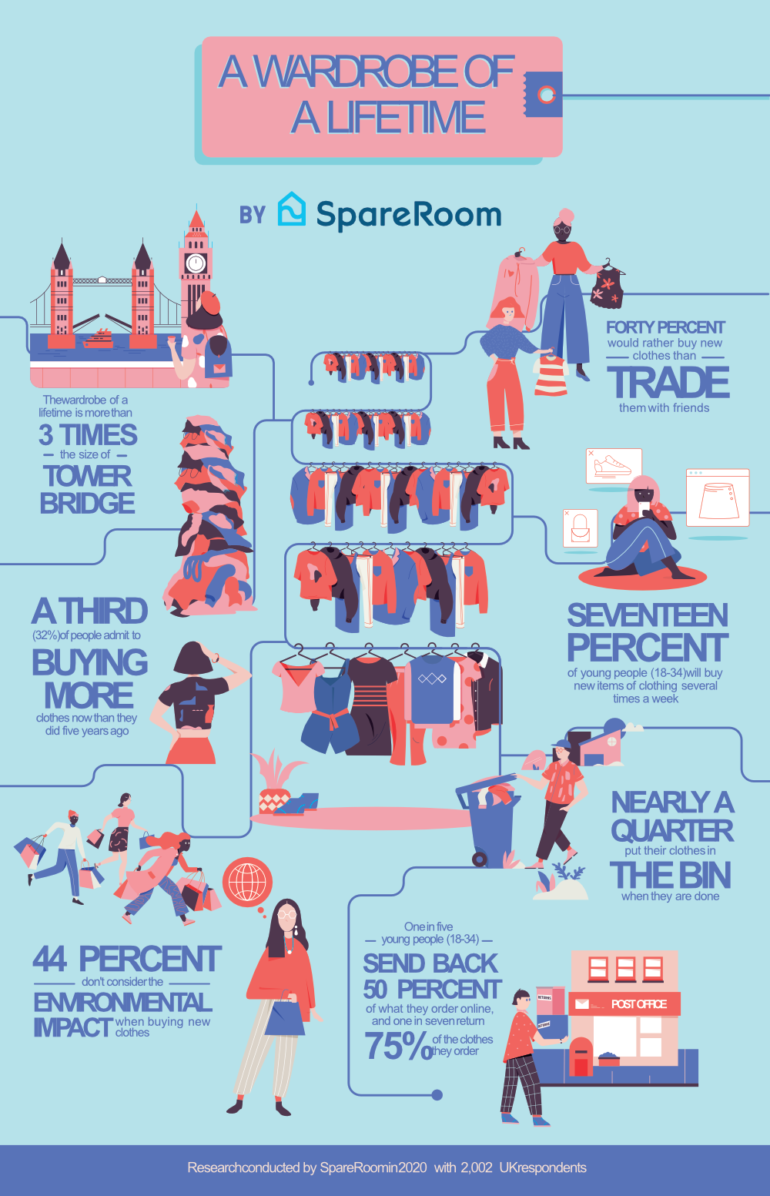 We’re known for being a nation of style shopaholics – whether it’s winter fashion, weekend getaways, seasonal sales or summer sunshine – you name it, we need a new outfit for it. With fashion now so cheap and easy to buy online, just how many items of clothing might we end up buying over the course of our lives?

Flat sharing site SpareRoom set out to answer that question by looking at the fashion buying habits of people across the UK of all different ages. Based on current consumption rates, SpareRoom’s research estimates that Britons could be buying an average of 20,172 items of clothing in their lifetime. And if they kept this amount of clothes, they would need a wardrobe 807 metres long, or over three times the length of Tower Bridge, to house it all.

Based on current consumption rates by age, we buy the greatest number of outfits between the ages of 18 and 24, buying 968 items per year at this time. In comparison, those surveyed aged 65+ only acquire 35 new items of clothes every year.

A third of people (32%) admit to buying more clothes now than they did five years ago, no doubt due to the convenience of online shopping and quick deliveries. Returning unwanted items is also easier than ever, and it seems many consumers are now buying clothes with the explicit goal of returning them, despite five billion pounds of waste being generated through returns every year. 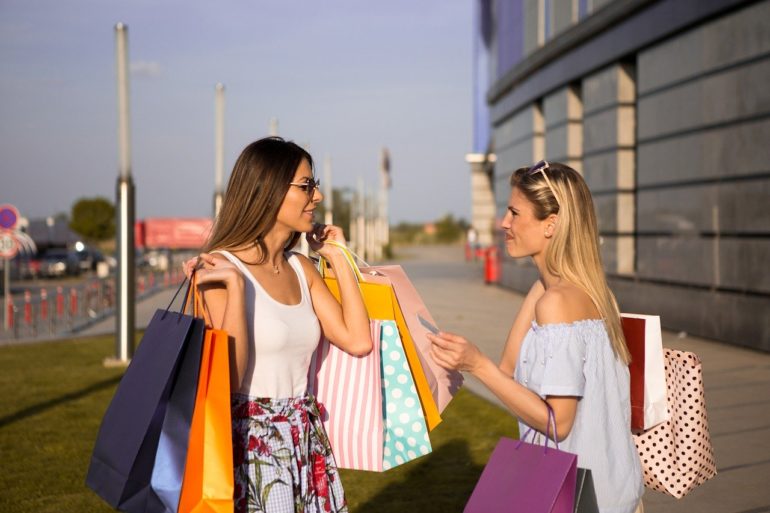 The SpareRoom study also shows that nearly half of people (44%) admit to not considering the environmental impact when buying new clothes. As a result, a third (37%) are buying items in more than one size when they order online, resulting in one in five (20%) 18-34-year olds sending back about 50% of their purchases and one in seven (15%) returning 75% of the clothes they buy online.

When it’s time for a wardrobe refresh just one in ten (13%) chose to upcycle their clothes, with 24% throwing unwanted items straight into the bin. The likelihood of giving clothes to charity after use increases with age, with over half (57%) of 18-34-year-olds saying they would do this, compared to a huge 80% of 45-54-year-olds.

Fast fashion may make shopping for clothes more affordable and convenient, but in the midst of a climate crisis it’s important consumers also consider the impact on the environment. Making small changes such as the below will help the environment and allow us to shop without a guilty conscious:

Miriam Tierney, SpareRoom spokesperson comments: “Everyone has different shopping habits, but to hear that almost a third of people admit to buying more clothes now than they did five years ago is quite shocking.

Everything we buy has an impact on our planet, even before we’ve brought it home, so it’s important to make small changes. Whether that’s clothes swapping with housemates, shopping in secondhand shops or just trying to buy less each month, these small steps will be better for your bank account as well as your carbon footprint.”

Top 10 Winter Jackets and Coats for £50 and Under