A marketing email sent by Selfridges to its customers has been cleared by the Advertising Standards Authority, after a complaint was made that the model pictured looked “unhealthily thin”. 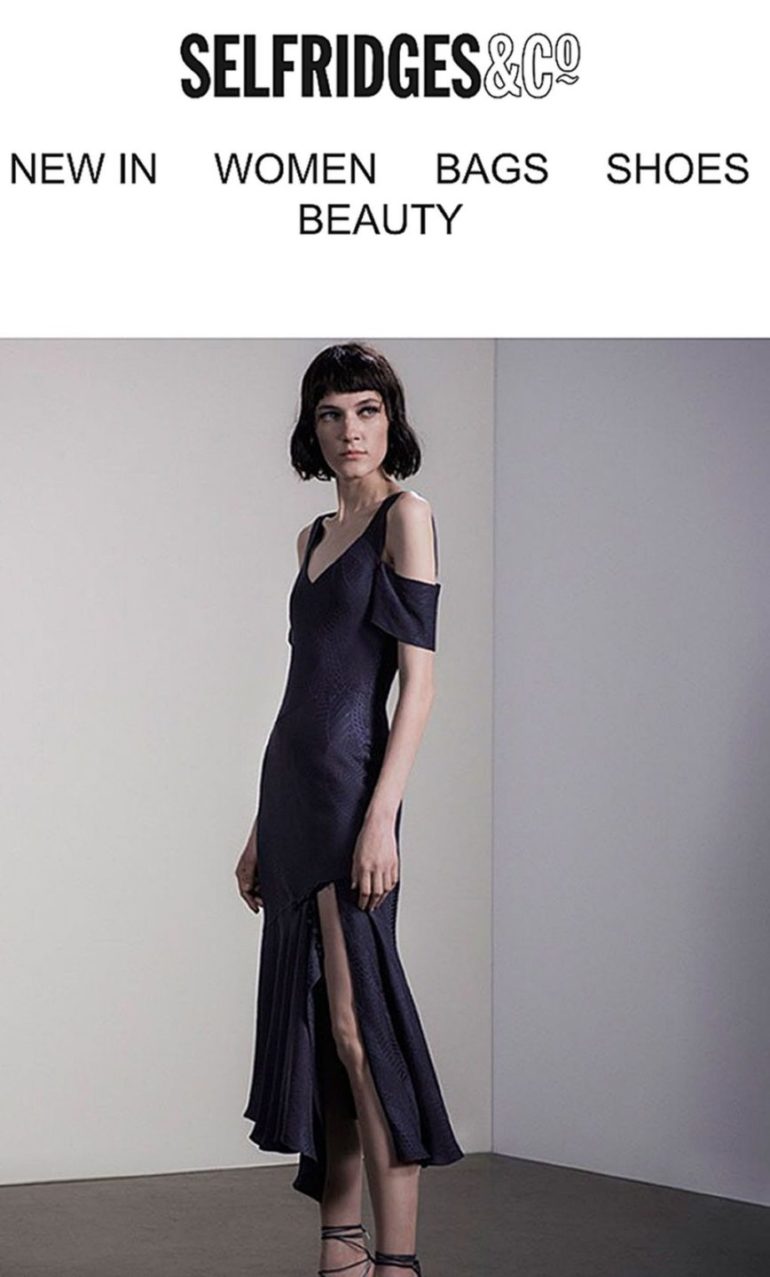 The email that Selfridges sent to its customers / Press Association

“We considered most people, including young children and women, would interpret the ad as focusing on the design and fit of the dress, rather than on desirable body image,” said the ASA, adding that while the image emphasised the model’s slenderness through her pose and clothing, she did not appear to look out of proportion. “We considered that, although the model was slim, she did not appear to be unhealthily thin or significantly underweight and therefore concluded the ad was not irresponsible.”

Selfridges said the woman “was not positioned in a way that was intended to exaggerate her slimness”, reports the BBC, and welcomed the ruling. It did, however, dispute that the email was an advert, saying it was a “fashion image sent to selected customers by email”. A spokesperson for Selfridges told us this afternoon: “We welcome the representation of healthy bodies in all shapes and sizes.”