To most mere mortals many of the creations paraded at fashion shows appear to have come from another planet but that very nearly became reality at New York Fashion Week recently when designer Nick Graham employed former spaceman Buzz Aldrin to showcase his fashions in an event entitled “Life on Mars: Fall-Winter 2035”. 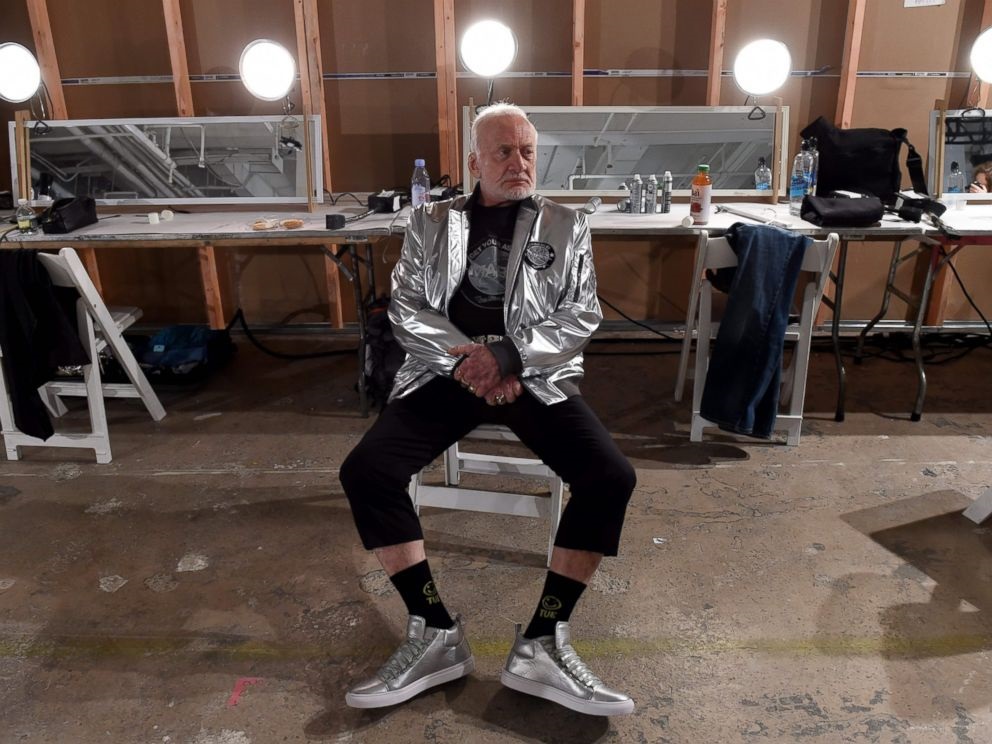 The now 87-year-old Aldrin was joined by “Science Guy” Bill Nye, who both took part in the show and acted as presenter. Aldrin, who has written that he thinks Mars could be inhabited by humans by the year of 2035, entered into the spirit of the occasion by strutting his stuff in a shiny silver bomber jacket, akin to a spacesuit, bearing the logo ‘Get your a** to Mars’, whilst Nye sported a space print-adorned shiny charcoal tuxedo. 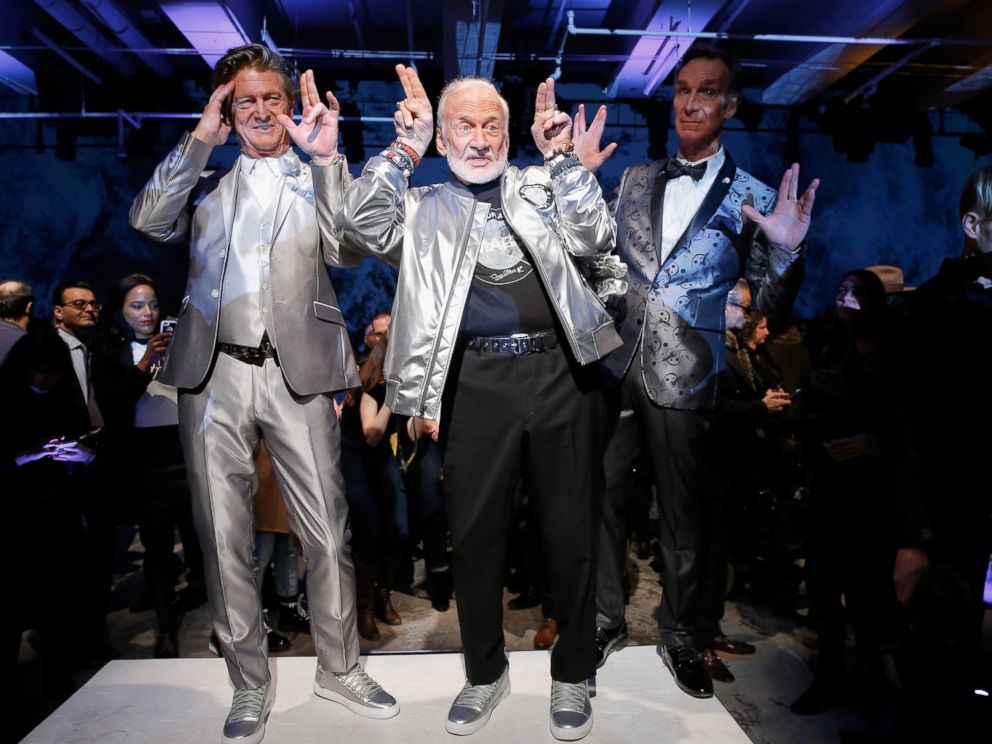 Aldrin has showed no sign of easing off and relaxing in his advancing years, having been only the second man to walk on the moon in 1969. “I’ve walked on the moon, so how hard can it be to walk in a fashion show?” he quipped. He had a word for the newly-inaugurated President Trump too, saying that he would have to talk to Trump about his expenditure plans as exploration is more inspiring than fixing potholes! 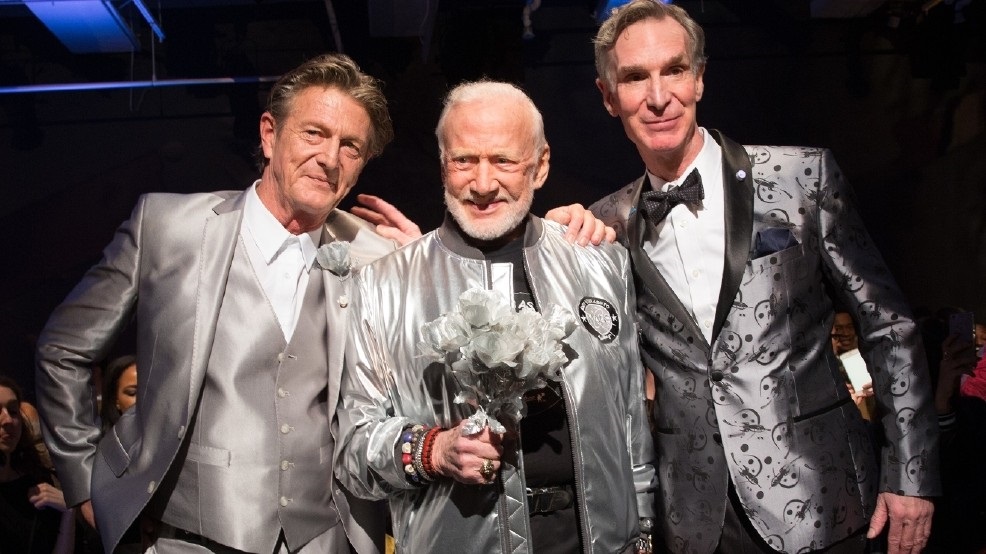