The Worlds largest polished diamond, ‘the Pink Star’ has set a new world record after selling for more than  $71m (£57m) at auction. The record was previously held by the Oppenheimer Blue, which sold for $50m last May. 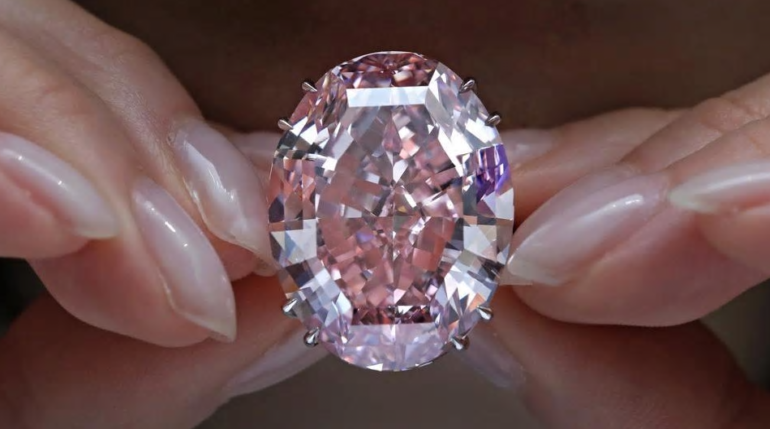 The 59.6 carat stone was bought after just five minutes of bidding at Sotheby’s in Hong Kong with a starting bid for the gem coming in at a whopping $56m. The precious stone was found by De Beers at a mine in Africa in 1999, and was cut and polished over a period of two years to achieve its distinctive oval shape.

File photo of the “Pink Star”, the most valuable cut diamond ever offered at auction, while on display at a Sotheby’s auction room in Hong Kong on March 29, 2017. The 59.6-carat diamond was sold for $71.2 million at an auction, setting a record for any diamond or jewel. (AP)