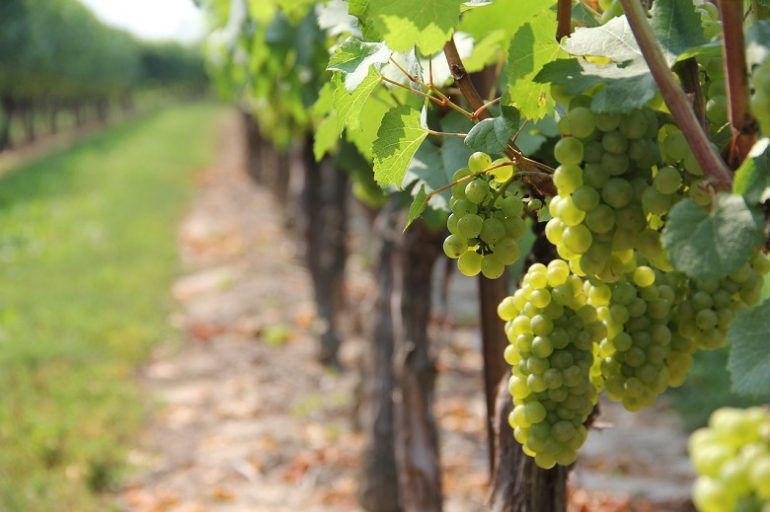 Britain could start producing Riesling, Semillon, and Sauvignon Blanc grapes as the climate crisis is set to increase the potential for wine production in the UK.

Warmer, drier weather has already contributed to an increasing number of vineyards in the UK, with more than eight hundred across the country already. As the temperatures in the UK continue to rise, it is thought that sparkling wine varieties such as Chardonnay and red wine Pinot Noir grapes will begin to flourish in a far greater area of England and Wales.

The predictions have been made after researchers from the University of East Anglia (UEA), the London School of Economics, Vinescapes Ltd and Weatherquest Ltd used climate projections to map the best opportunities for winemaking in the next two decades.

The warm and dry conditions in the bumper 2018 year “have already become and are projected to become more common”, said University of East Anglia Professor Steve Dorling.

However, the study, published in the journal OENO One, also warns that British weather can still be unpredictable, with the ongoing risk of early-season frosts that could damage vines.

The study’s lead author, Dr Alistair Nesbitt, of vineyard and winery consultancy Vinescapes, said: “This expands the area of suitability for Pinot Noir for sparkling wine production, but also new areas will open up within the growing season temperature suitability range for still Pinot Noir production and for growing varieties such as Sauvignon Blanc, Riesling, Semillon and more disease-resistant varieties, which are hardly grown in the UK at present.

“We have shown that in some areas of the UK the bumper vintage of 2018 will become the norm and that Champagne region grape-growing temperatures from 1999-2018 are projected to occur across an expanding area of England during 2021–2040.

“In certain years, a few areas of the UK may see growing season climates similar to those that contributed to the very best recent vintages of Champagne, as well as support increased potential for Burgundy and Baden-style still red wines.”

Vegetarians and Vegans dissatisfied with Food Choices on Offer, despite Growing Numbers

5 of the Best Wine-tasting Holidays in Europe

Immerse Yourself in Space, The Universe and Everything at Liverpool Cathedral