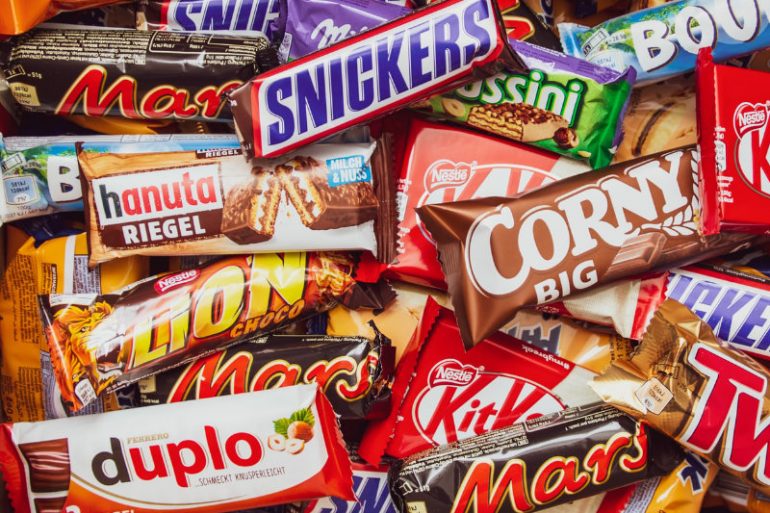 A new ‘healthy’ Mars chocolate bar has been launched in a bid to overcome new junk food regulations.

The ‘naked ’version of the best-selling chocolate treat will contain 173 calories per bar and is made using date paste, nuts and raisins. Instead of being encased in chocolate, like the original bar, only the base is coated, and the topping is lightly drizzled with chocolate.

The bar, named ‘Mars Triple Treat’ will be on the supermarket shelves from next month in a bid to beat new junk food laws which will soon come into force. The decision to revamp the bar comes as the Government attempts to crack down on food high in fat, salt and sugar.

Snickers, Bounty and Galaxy have also made new variants of their bars to counter the new regulations.

Mars said its experts had “spent thousands of hours working on every minute detail of the bars – from the chewy caramel in the malt-infused Mars Triple Treat, to the crunchy roasted nuts on the Snickers variant”.

The Mars Triple Treat will be sold at 80p each, with Mars saying the price rise compared to the original treat was due to the premium ingredients included.

The crackdown on junk food was due to begin this October, but the Department of Health and Social Care has now pushed back the ban on multi-buy promotions on foods and drinks high in fat, salt, or sugar to October 2023. It’s thought that the deferral of the so-called ‘BOGOF ban’ was to give ministers a chance to assess the impact on household finances amid concern over the cost-of-living crisis.

A ban on TV adverts for HFSS products before a 9 pm watershed and on paid-for adverts online is also being delayed by 12 months and will now come into effect in January 2024.

But health campaigners reacted with dismay to the news, accusing Prime Minister Boris Johnson of ‘playing politics’ with children’s health.

Public Health Minister Maggie Throup insisted that they remained determined to tackle the issue of childhood obesity, saying “We’re committed to doing everything we can to help people live healthier lives.”

Cost of a Tank of Fuel Rises £8 in Seven Months