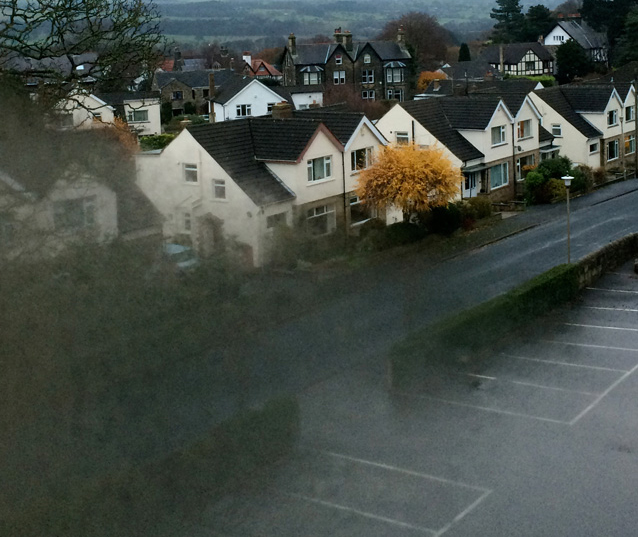 I woke up from the most excellent night’s sleep at the Wheatley Arms and reluctantly abandoned the comfy bed nest.

Breakfast was porridge with honey. It seemed as though I was surrounded by men face-timing children on iPads over breakfast. “Can I switch Daddy off now?” I heard from across the room.

The switched-off man later commented that I’d had the healthy option (I guess, for a family of four). I saw him eat bacon, eggs and beans, and a rhubarb yoghurt. The waiter told him we were in the Rhubarb triangle, and I overheard him say he was a toy salesman. A TOY SALESMAN! When he went to get more food, he said to me, ‘I always eat too much when I come here, but it’s only every 6-8 weeks.’ And I said, ‘Now there’s an excuse!’ and that was the end of the conversation. 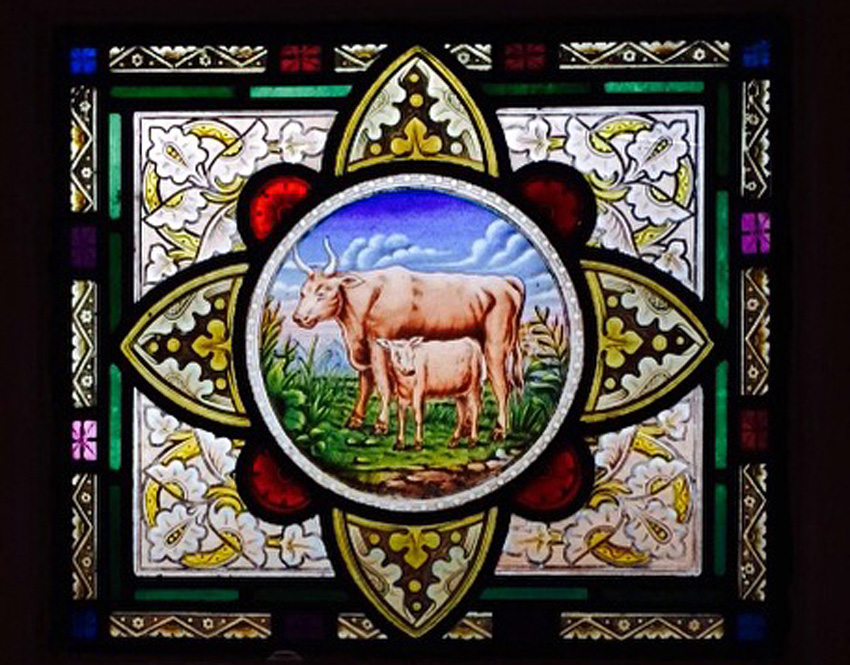 I had an appointment to view an exhibition space in Leeds (to which I invited one of the Leeds College students as she has an interest in curating and I thought this would be a great opportunity for her to come along, see a space and find out what’s involved in the early stages of exhibition planning) and I needed to be in York early evening for a book signing event, so I had a couple of hours to use wisely, and I did. 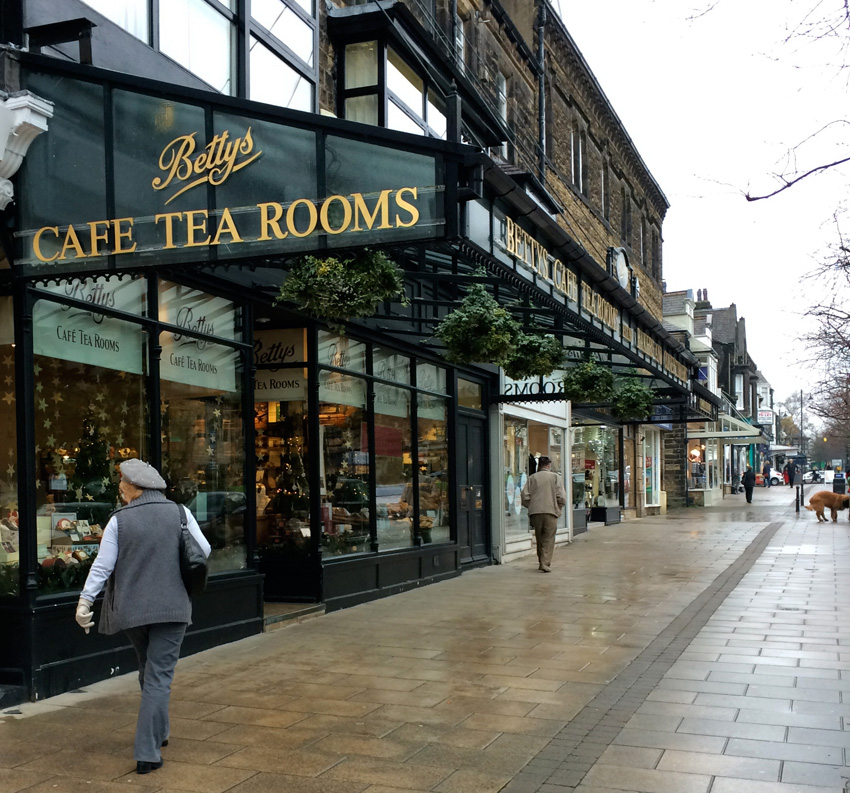 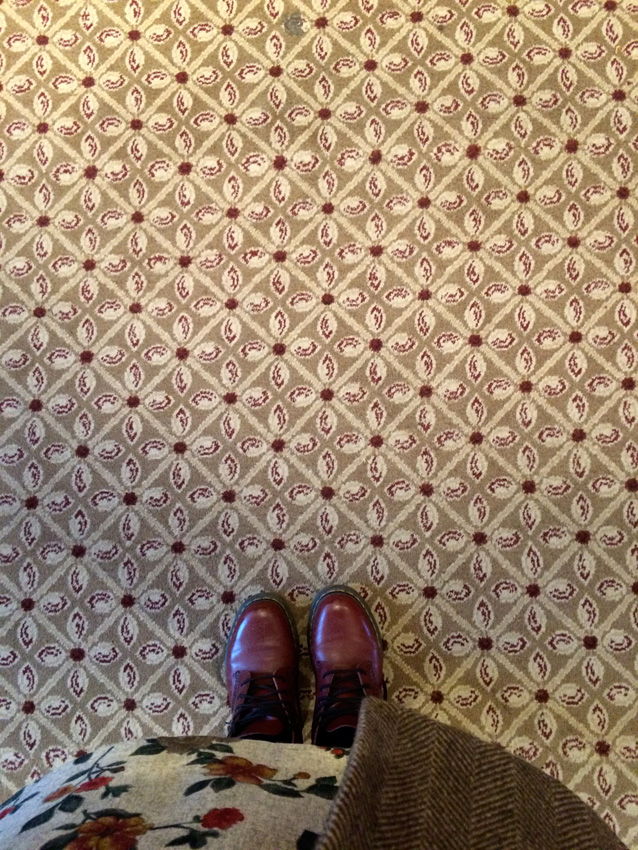 My first stop was Betty’s in Ilkley. I stopped to appreciate the carpet (I’m afraid it can’t be included in my carpet collection, unless I start a new selection of tearoom carpets, and I can’t see that happening!) and then I moved swiftly on to admire the confectionary. 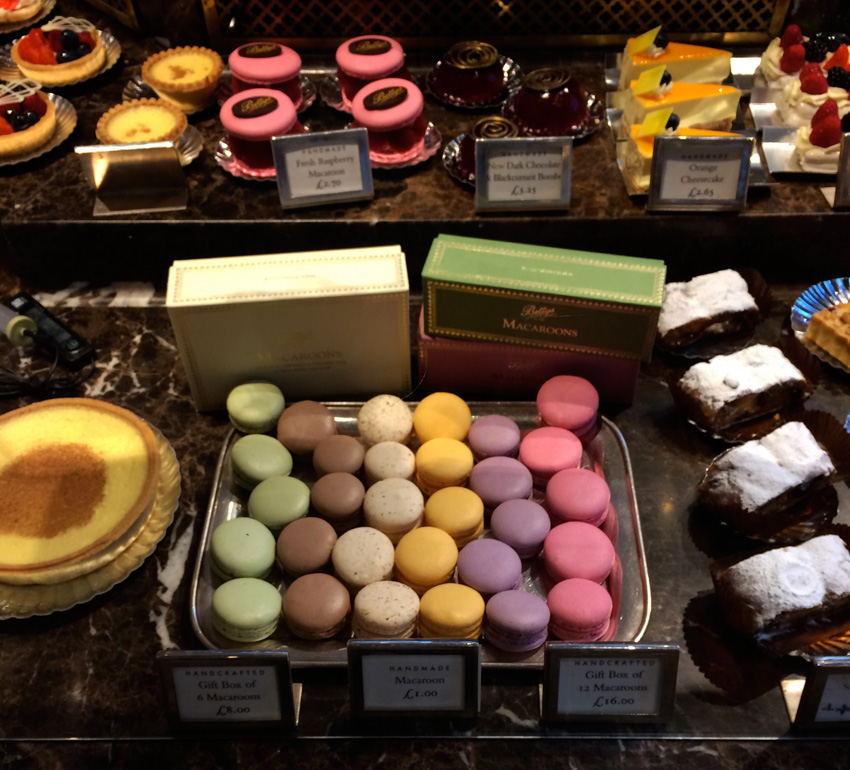 I picked up a few bits, including a box of Champagne Truffles for my mum and an oversized chocolate coin for myself. Having never had a macaron in my life I picked two, one for each hand. Apple Caramel and Blackcurrant. They did look very pretty, but I can’t say I enjoyed them, I am not a fan of the macaron it seems! (Cue influx of hate mail!) 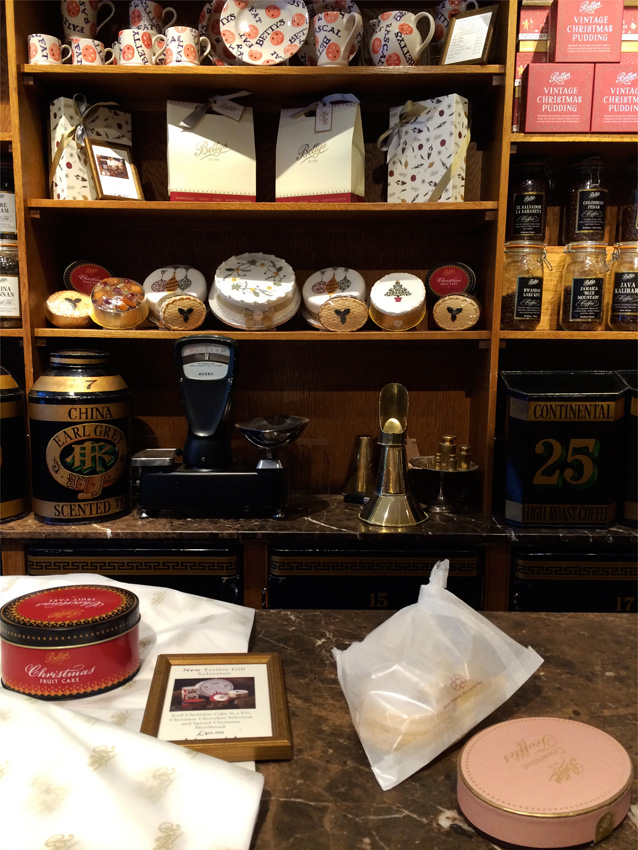 In another shop, which I will not name for fear of being hunted down, I met a very interesting man named Joseph. He told me that he could make a replacement me from one drop of my blood, I was nothing but a vessel used by my mind to communicate. He told me that his moustache was his regalia (his great grandfather had one, I know , he showed me a photo!) and that he was a wizard who didn’t need a magic wand because he had his finger.

He said he had to collect his water every morning from a spring to avoid the metals in tap water that calcify your glands, that processed sugars crystalise your third eye, and ‘they’ use this to control us. I found this thoroughly interesting, especially in view of the recent double whammy macaron fest. 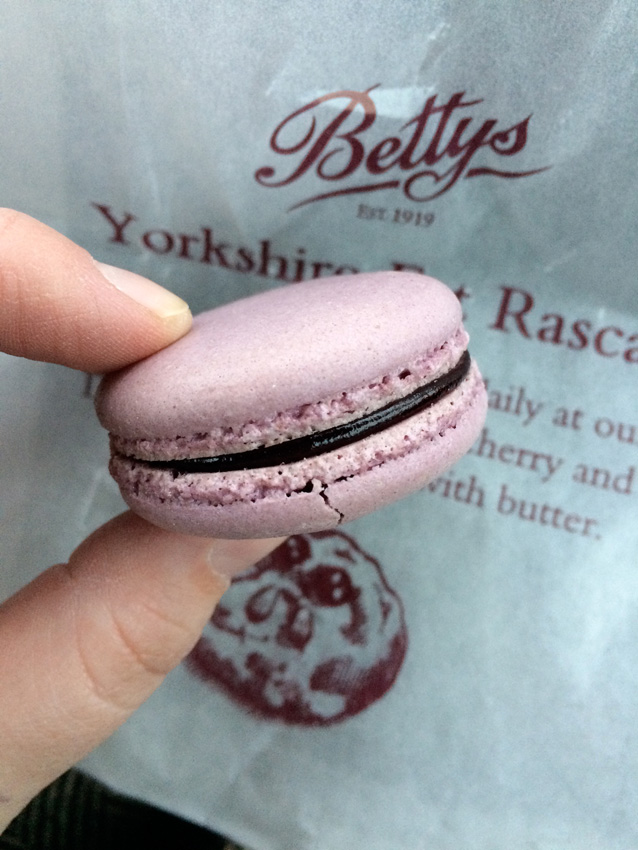 Apparently Joseph has an IQ of well over 3000. Unlike me, he doesn’t need to store information in his brain as he has continuous access to information from around him, in the ether, rather than from within. ‘What, like the internet?’ I asked. ‘Er yes, but much older,’ he told me.

I was totally intrigued by his tales, and I asked lots of questions. Half way through the conversation I began to wonder if it might be some kind of set-up being filmed for a TV show, so I pretended I was asking for my friend Susie!

I had to leave after he suggested that I go along to one of his meetings so that he could intake some shamanic mushrooms and have a look at my aura. Apparently if I have a gold halo I could become a Baroness which is handy to know. 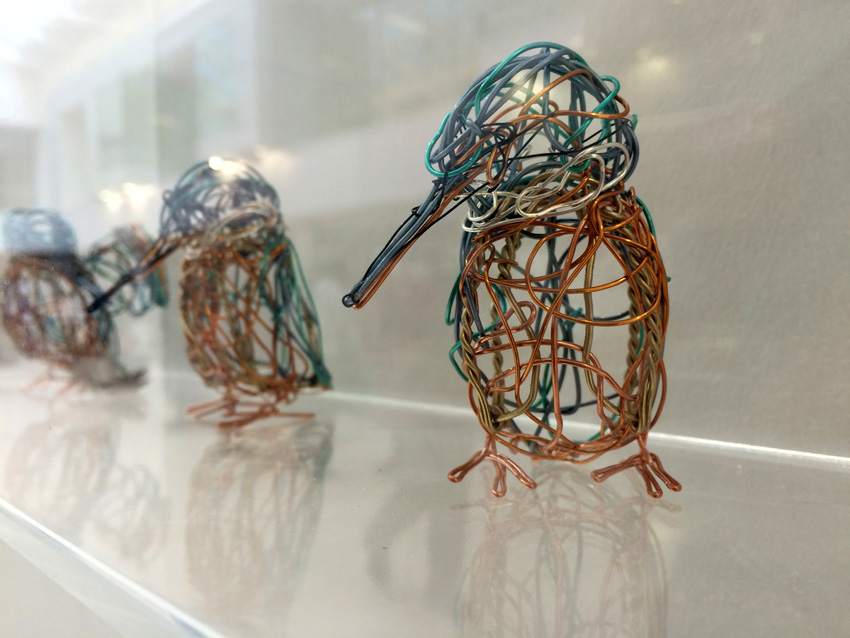 I left Ilkley (at speed!) and went to my appointment at the space in Leeds (which was really good, and we will be holding an exhibition there in 2016) before driving on to York. 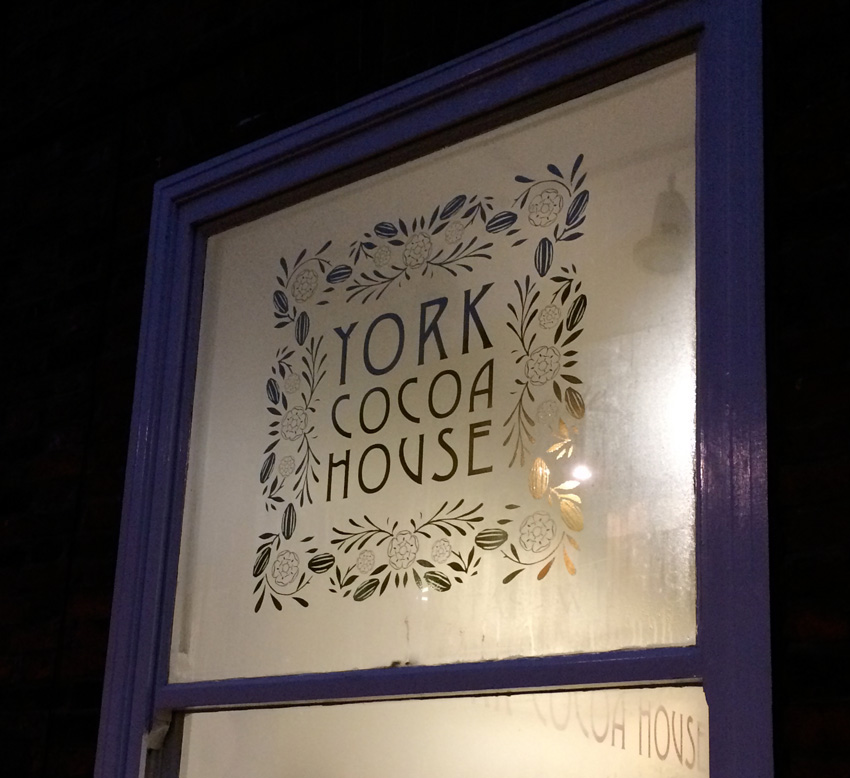 I’d been invited to a book launch event at The Imaginarium, so I thought I would stop off there on my way up to Middlesbrough. I got to York early and had a wander around. It’s a very pretty place with a lot of tearooms (two Betty’s!), lots of chocolate shops and a cat shop. I thought I’d pop into The Imaginarium and find out what was happening. Such a beautifully presented shop, stunning really. I asked the charming chap behind the counter and he said, ‘Well, I suppose there will be some kind of seating arrangements!’ 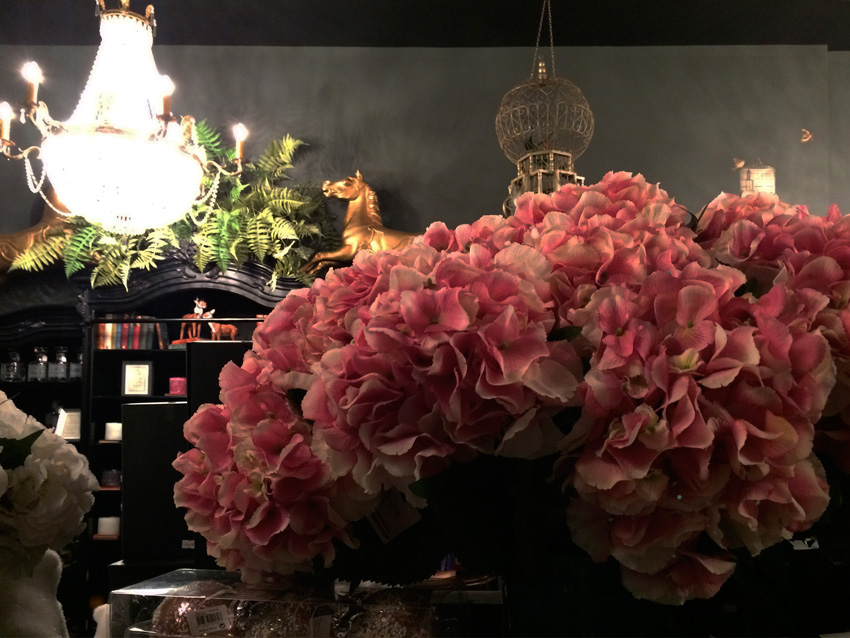 I was going to go back, honestly I was, but as I continued to roam the streets I just got too tired. I hopped back in the car, with some random cat gifts for Rocky and an unsigned book, and headed off to Middlesbrough.