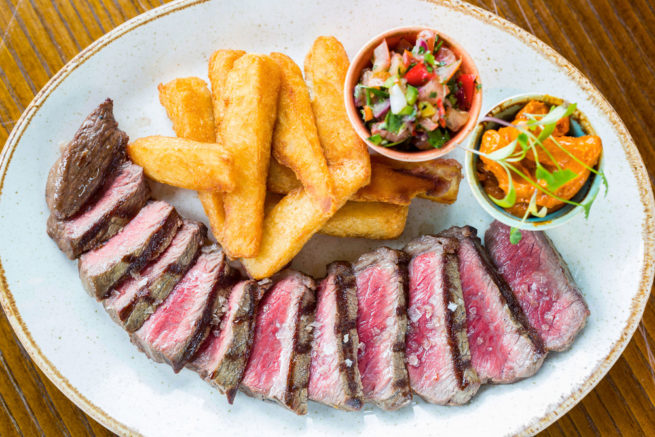 Las Iguanas on Southbank was always the cool place to go when I was in sixth form. Yes, a private school chap, swanning down to Waterloo after school to sip margaritas on the outside veranda. A chain restaurant, but one of the good ones, Las Iguanas is Latin American dishes and sharing plates with cocktails to boot. They’ve four London restaurants, with many more across the rest of the country, including two in Manchester.

As an 18-year-old, I never actually ordered any food, bar the odd cheeky nachos. But nine years on, with Las Iguanas this year celebrating their 25th birthday, and with a number of tantalising new additions to their impressive menu; it was time to swan on down once again and, this time, indulge in some Latin American fun and munch.

The first thing that hit me was the heat. Part of the stretch of cafes and restaurants that make up the western part of Festival Terrace by the Southbank Centre; Las Iguanas had the unfortunate accolade of being the South American eatery with the most authentic temperature gauge that evening. The air conditioning that supplies the entire stretch was bust and, as such, the place was steaming, with pained-looking waiters in black sweeping to and fro in the greenhouse humidity.

I’ve always had a bust internal temperature gauge and so this was a test, both for me and the restaurant. 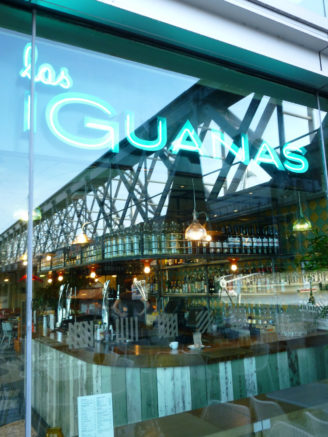 Predictably, the outside area had a half-an-hour waiting list, so we were sat inside in the upper part of the two floored dining area. Menus were on hand, providing welcome fanning opportunities and the chance of an exotic cocktail or two.

The menu/fan is littered with ‘new’ labels, and feeling inquisitive, both my companion and I went for it. She scored herself a Brazilian Bikini Tini, made with Las Iguanas own Magnifica cachaça, amaretto, passion fruit, pineapple and lime juice. I had a Hombre Bombre – a fruity blend of Chivas Regal, Magnifica cachaça, pineapple juice and ginger syrup.

A portion of their Holy Guacamole (£3.95) arrived with our cocktails as a chunky amuse bouche. I’m a sucker for fresh guac and so this was bliss. The two cocktails lived up to expectations, both being refreshing and possessing of a slight kick. 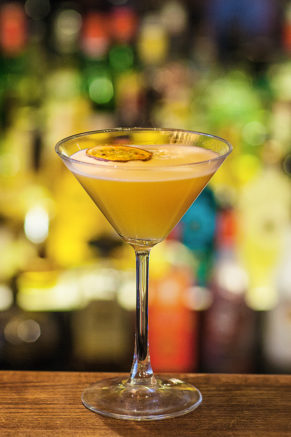 At Las Iguanas, you can go one of two ways. The traditional route of a starter, a main and a dessert, or via the tapas route. Or Tira-gostos if we’re being Brazilian. We went with the latter, grabbing five dishes for £24.95.

Ceviche – A well constructed and detailed dish comprised of raw white fish cured in Leche de Tigre, or ‘Tiger’s Milk’. A citrus-based marinade from Peru, the Las Iguanas leche de tigre is made up of lime, ginger and Amarillo chilli.

The marinaded fish is plated with carrot, pickled pink onion, roquito pepper drops and coriander, with sweet potato crisps on the side.

Beware the pepper drops, they pack quite a punch!

Gambas – Shell-on prawns cooked in garlic, lemon and chilli sauce, served with ciabatta. A classic tapas dish and one that my companion Penny and I happily fought over. I had the heads all to myself, however, as eating them in England is still often considered to be a little odd, unless you’re in the right place.

Calamares – Another classic tapas option, simple deep-fried squid. These came in a cayenne and cassava crumb and with a creamy aioli to dip. A must have really for any tapas incursion.

Empanadas – The star of our show. These brie and mango empanadas, served with a corn and sweet chilli salsa, made me totally forget about the heat levels, and our sweaty waiter looked on enviously as we devoured them. My only gripe was that there weren’t more to squabble over.

Dadinhos – A new addition to the menu, and a very simple one at that. But the simplest dishes are often the best, and I was a huge fan of the Dadinhos. Deep-fried cheese cubes with chilli jam. A Brazilian street food favourite. 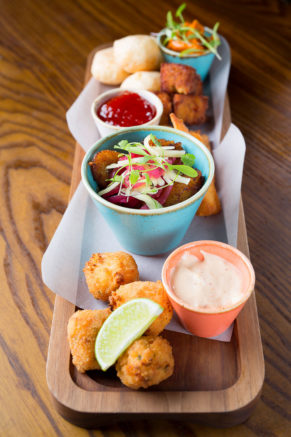 Intent on seeing the very best of the new fan/menu, Penny and I sent away for their sea bass, part of their ‘Brazil and Beyond’ section. At a very reasonable £12.95, the sea bass dish was contrived by the Las Iguanas team in Bath (a bizarre line in the description that rather takes away from the exotic).

But, despite being born in Bath, this was a very well realised South American treat. The bass is marinaded with lime and achiote – a spice cultivated from the ground seeds of a South American shrub. It is then pan fried and plated with roasted sweet potato mash (the only letdown of the evening, being rather bland), char-grilled asparagus, a drizzle of piquante dressing and sweet potato crisps.

Spotting a free table outside, we raced to enjoy dessert with a cool breeze. Not unlike after exiting the cinema after a two hours-plus movie, we found London at around 9:30 to be bitterly cold. Goldilocks would have been proud, we thought, as the third bear’s porridge arrived. Fresh cinnamon-sugared churros, six for £6.95, with both chocolate ganache and dulce de leche dips.

Las Iguanas, regardless of your temporary air-con issues, I’m a huge *fan*. 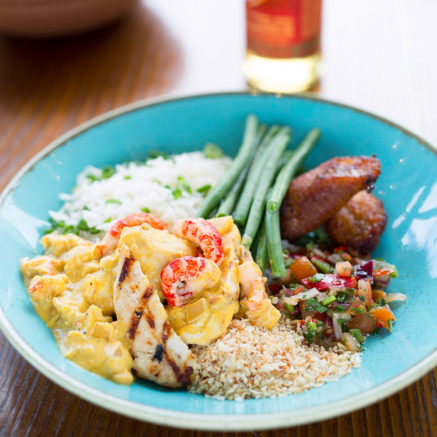