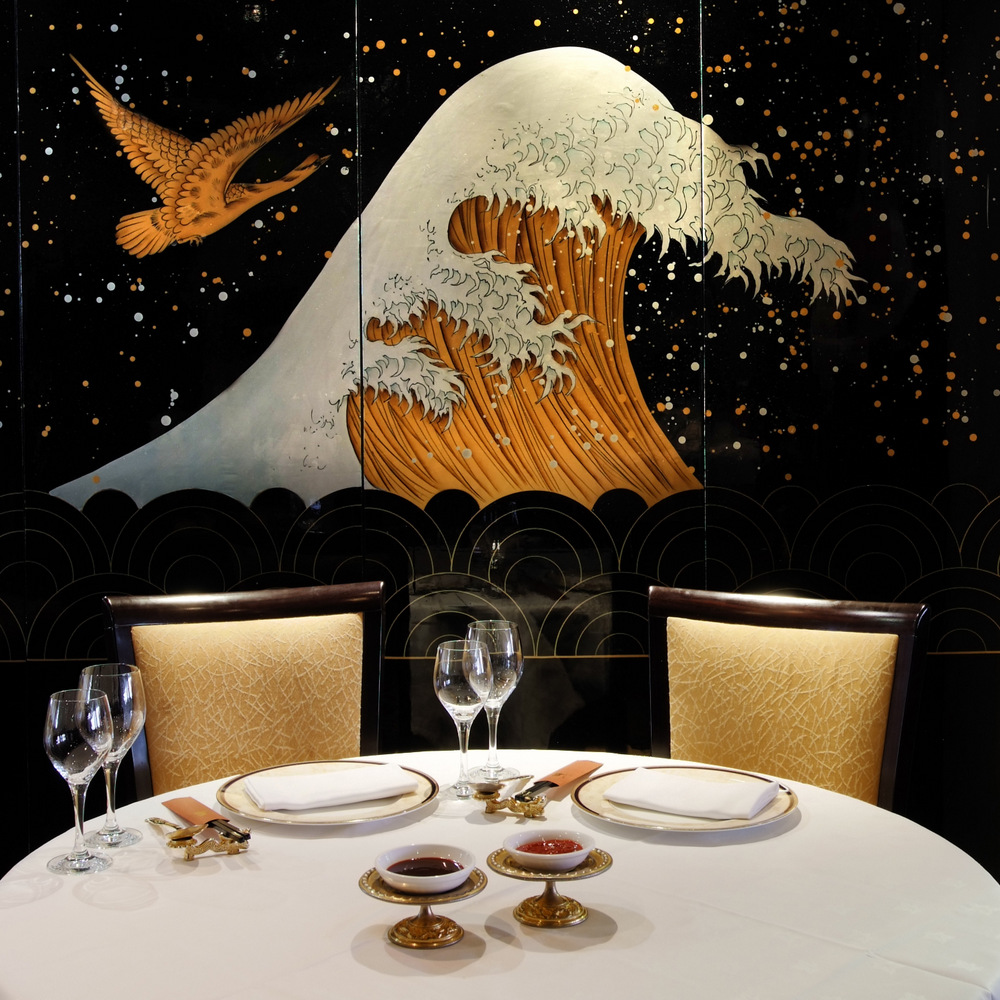 In Cantonese culture, when someone fills your cup with tea, it’s the done thing to tap both your middle and index fingers together on the table edge as a sign of respect. This is said to have originated from before the twentieth century when a disguised emperor filled the cup of a servant while in a restaurant. The servant looked to show his gratitude in the most subtle of ways, hence the finger tapping.

I did this solidly for a year when living in Hong Kong, with everyone there very amused by the ‘gwai lo’ (ghost man) knocking away at the table. I loved my time there. I loved everything about it and miss it terribly. That’s what makes my trips to proper Chinese restaurants in London that extra bit special, with Royal China in Baker Street surely now my elected king of nostalgia.

It’s totally Hong Kong banquet hall, from the over-the-top Korean drama soundtrack to the gold lining on the walls. Classic white linen covering enormous round tables, endless menus scattered everywhere but where you need them, and the one waiter attached to the vacuum cleaner forever in the distance doing the rounds in a considered manner. This felt anything but a London restaurant, and I thought it great.

We were just in time for Dim Sum. The problem was that there was just so much I wanted. Crab meat dumpling soup, roast pork buns, spare ribs in black bean sauce, turnip cake; the list went on and on. Lucky then that my companion had her own wish list. She’d spent a year in China too and together we managed to tame the many-headed menu.

After a round of Oolong tea pouring and table tapping, prawn and chive dumplings (£3.95) and minced pork dumplings with shrimp (£3.75) arrived in classic bamboo steamers and with accompanying dipping sauce to be the first pieces of our jigsaw. Ghost girl, my companion, had been constantly warned during her own year in China about the effects of Chinese chives on the breath. Not that it stopped her, or indeed me for that matter, as both sets of dumplings were juicy and spot on. I had backup gum, just in case the rumours were true.

The duo of dumplings were soon joined by sesame prawn rolls (£3.95), prawn cheung fun (£4.95) and fried yam paste meat dumplings (£3.75). It was a case of yes, yes, no for me on that particular trio, with the prawn rolls living up to their dazzling depiction in the menu (every dish having its own photo), the yam paste being a little flavourless, and the cheung fun bringing out the animal in the pair of us as we fought chop and stick over every slippery piece. 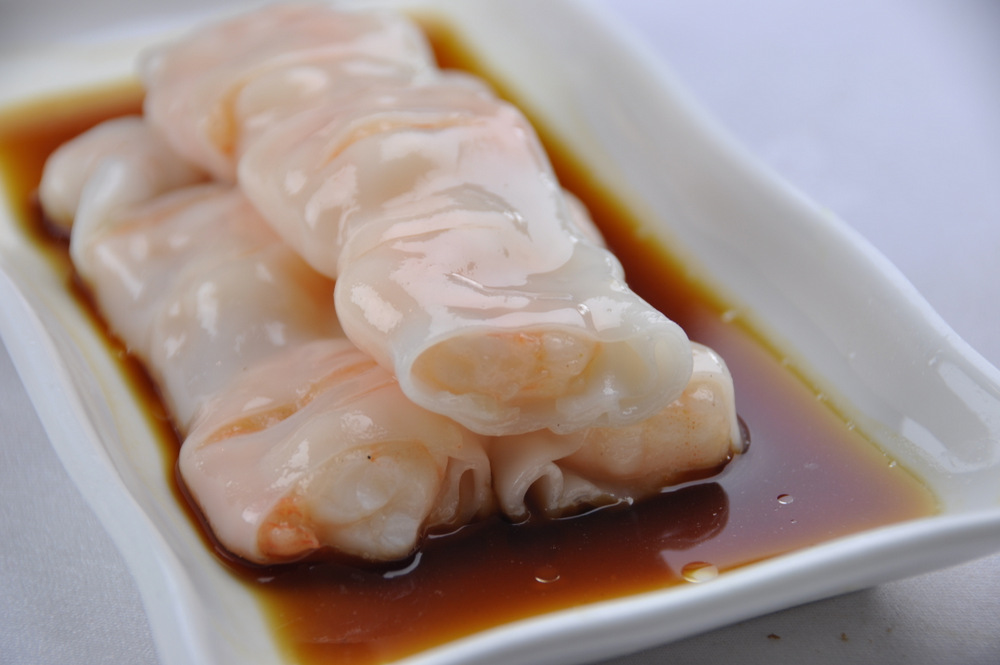 I’ve never been a big fan of tea with food, so by this point I had sent off for a half pint of Cobra (not a particularly helpful invention, especially without the option of a full pint on the menu) while ghost girl felt obliged to attack a mojito.

I lived above one of the many huge shopping malls when in HK and the food court there was a wondrous thing, not only due to the quality of the food but also the stunningly low prices. It’s very easy to make eating out for dinner a daily occurrence and with the stalls manned by bubbly motherly types, it felt very much like an extension of my living room. One of these women made beef ho fun and it remains one of the top 10 things I’ve ever eaten. Choice slices of flavourful beef, scattered bean sprouts and onions amid swathes of ho fun noodles. An easy dish to get wrong, oddly enough, with the oil and soy sauce either making or breaking the ensemble.

It was a bit of a Goldilocks moment with Royal China’s rendition, but without bowls one and two. It was just right. As was my companion’s wonton noodles, and what she managed to keep away from me she enjoyed thoroughly.

Dessert was a mix of homebaked egg tarts (£3.80) and fresh mango and grapefruit tapioca (£3.95), with the former giving me yet another dream sequence of a place far, far away.

Just across the road from Royal China is, well, Royal China. The chain’s most prestigious London restaurant is called Royal China Club and its a stone’s throw away from Royal China Baker Street, from which my companion and I had just left, full to bursting. We had a look at the menu and found it chock full of lobster, scallops, diamonds, yachts and Montblanc pens. Well, it may as well have, considering the price bump and stunning ingredients used.

There’s a decision to be made down Baker Street, then. Plush affluence or classic ‘homecooking’. For me I think it’s final answer, Chris, as I’m not sure I’d get as many smiles in the former for my finger tapping. 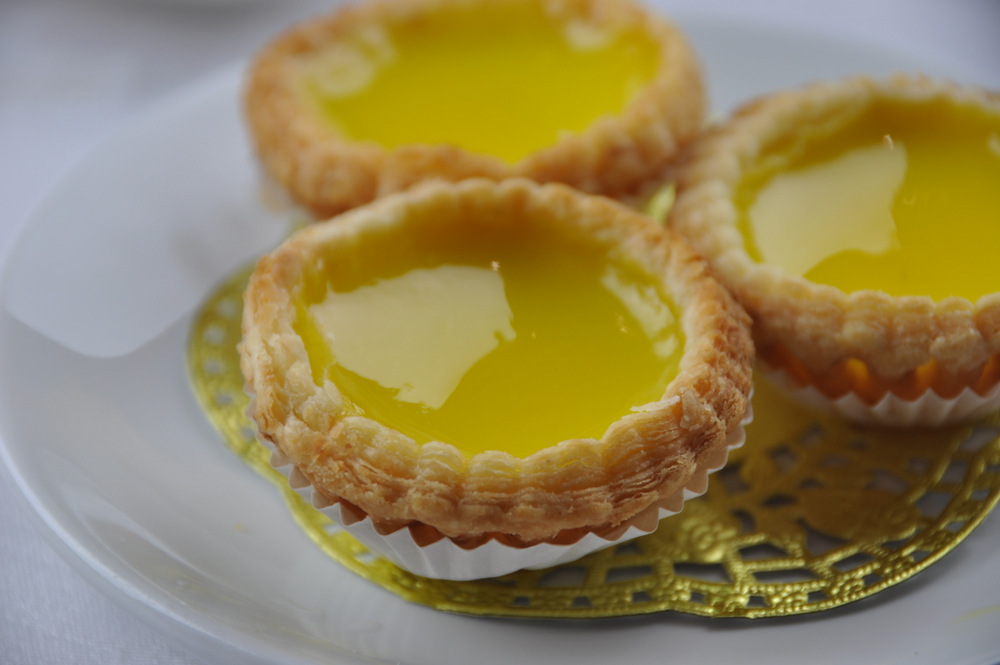 Royal China and the Hunt for Real Cantonese Cooking in London