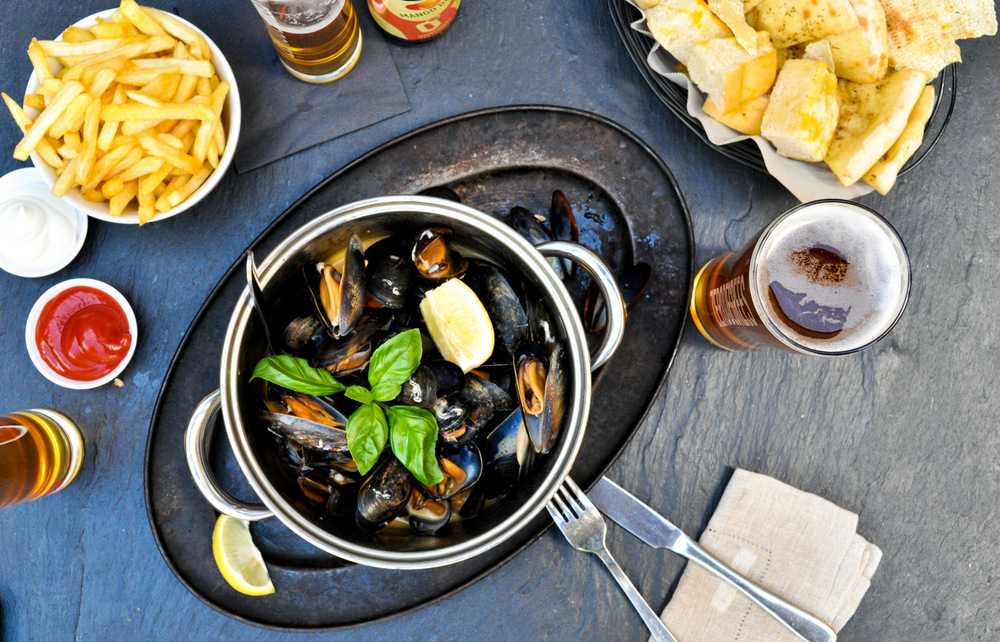 Eleven months ago, I first visited Zero Degrees. I had heard tell of a vast armada of pizzas and personalised moules frites in a 250-cover palace, not to mention an on-site micro-brewery on the ground floor. That day, I went for a brewery tour, given by the restaurant manager, and tried their five core beers.

All five were still there on my return almost a year later, and considering how good the place is, I wouldn’t have been surprised if the same list of customers were too.

The restaurant manager was there to give me a big handshake and slap on the back as I came through the door, somehow remembering me from all those months back. Not only does this prove that the man has a memory that would serve the X-Men well, it gave me even more confidence as a diner that I had come to a good restaurant. That’s what a top welcome can do for you.

The interior is huge and spacious, all wood, brick and metal. All manner of chairs, sofas, tables and bar tops flood the first area – as well as the start of a large S-shaped bar – with the main dining room found further back. The open kitchen is also here, with the micro-brewery just behind the diners. They also have a dining area on the second floor and a third floor pub, such is the space their working with.

This time out, I had brought a fun-loving Czech and her fiancé – a veritable pirate with one front tooth missing – along with me to dinner. I needed a professional opinion on the Czech saaz pilsner and the similarly Czech-styled dark lager.

Both are part of the aforementioned five core beers, along with a mango-flavoured ale, a wheat beer and a pale ale.

So, with pints of both the Czech beers going to the Czech, me with the highly recommended wheat beer, the pirate scrubbing a pale ale, and the mango ale waiting patiently on our table; we toasted the mid-evening sun and began a tug-of-war over the menu. 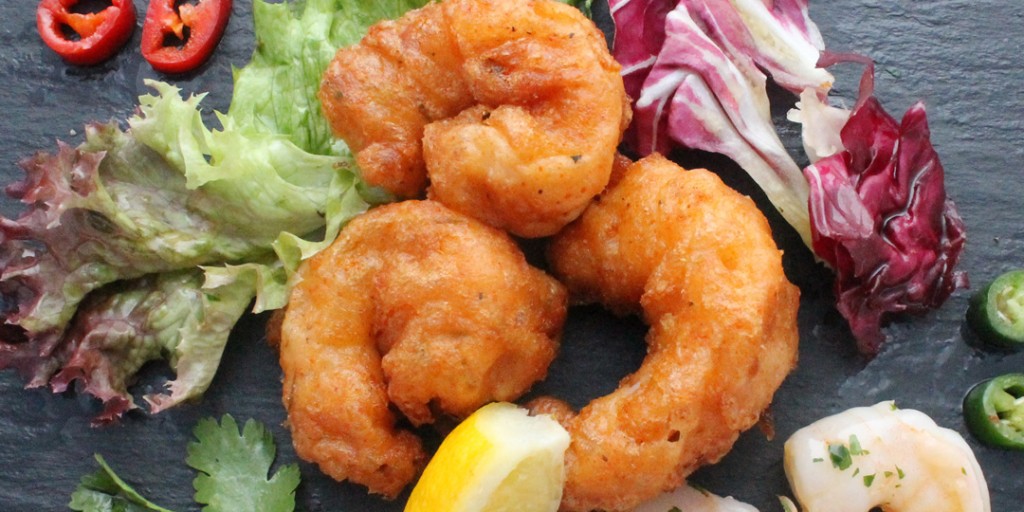 Zero Degrees in Blackheath is currently the company’s only London outlet, with three others found in Bristol, Reading and Cardiff respectively – with all four treasure troves for the hungry. Around 15 dishes make up the assortment of appetisers, with pizza, pasta, mussels, sausages, salads and risotto all options for mains.

We went for starters of the beer battered cajun king prawns, calamari and the spiedini (all £6.50). With more beer.

The calamari was spot on and went down well with that pint of patient mango-flavoured ale. Zero Degrees, when able, will pair their beers with food on the menu like you’d find normally with wine.

The king prawns, meanwhile, were battered in the home-brewed pilsner and were indeed deserving of their crowns. Like with scallops, its very much the bigger the better. They were fresh, fat and altogether fantastic.

Spiedini, I was led to believe, is basically the Italian equivalent of kebabs, predominantly skewers of chicken or veal with appropriate vegetables. However, the chefs at Zero Degrees use halloumi cheese wrapped in Parma ham with sage. They arrived served on a bed of rocket and garnished with cherry tomatoes and olives, drizzled with a touch of balsamic vinegar reduction.

With ham and halloumi both very salty by nature, the skewers did lack a little further vegetable input, be it a pepper or an onion, but I couldn’t fault the presentation or the addition of rocket (my favourite).

The beers had all gone down very well, especially with my Czech companion who was ready for her third dark lager. The manager seemed almost surprised, until she announced her nationality. The pirate grinned.

In terms of their pizza, Zero Degrees aren’t afraid of going beyond the classics. Think smoked salmon with mascarpone and caramelised pear with gorgonzola. The same can be said of their mussels, beyond the marinière and down the rabbit hole. 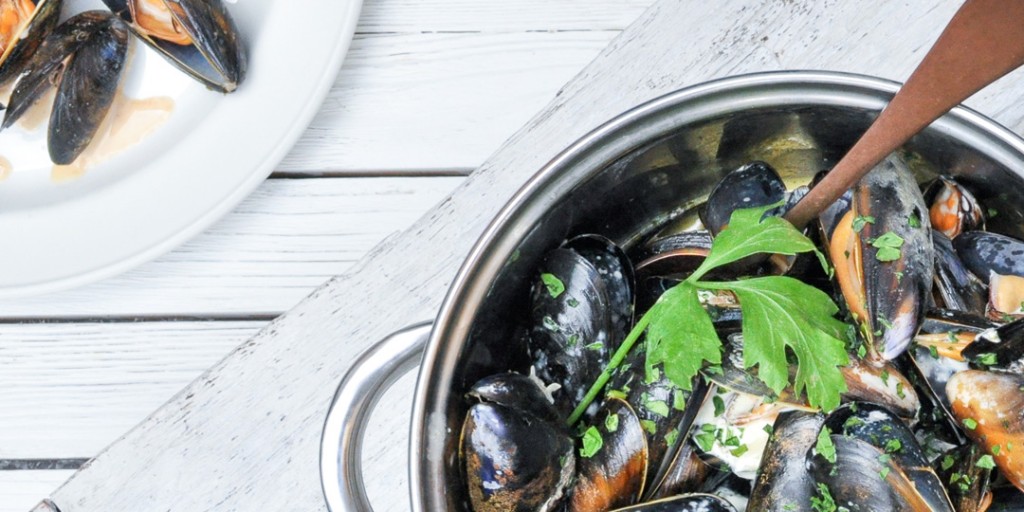 Around the time of my first visit all those months back, the restaurant Leon de Bruxelles in Soho closed down. It was swallowed up by the monster known as McDonald’s. Despite being absolutely everywhere in Paris (and, I’m told, rather looked down upon by the upper echelons), it was my absolute favourite mussels joint in London. Their Roquefort mussels had me clutching air every time.

Ever since it’s passing I’ve been on the hunt for my next mussels haven. While it would be premature to proclaim Zero Degrees as its successor, I was certainly impressed by what was their rendition of Moules Dijonnaise, with the addition of brandy giving the creamy sauce a deep kick – paired with a pale ale to offset the mustard.

Opposite me, my Czech companion attacked the lobster bisque moules (£16.95) while the pirate opened up a Carne Asada pizza (£13.50).

This pizza was rump steak, red onions, chilli, smoked cheese and coriander pesto sauce. Quite unremarkably, I like all of those things – but so does the pirate. So much so that I was completely unable to get a slice (a first time for everything). He assured me that it was excellent. But I already knew as I had tactically sampled his toppings when he was up taking photos of the chefs twirling dough.

It was a close call, meanwhile, between my thermidore and the lobster bisque. The true test of a pot of mussels, beyond the obvious freshness of the shellfish themselves, is how edible the remaining soupy sauce is. My pot was practically licked clean.

We tottered off to their outside area to polish off the remains of our beer as night fell, thanking the manager and assuring him we’d be back within the month, not in the next twelve. I hope London sees more of Zero Degrees, the south is spoilt.

Get The Coachella Look