4 Ways to Keep Wasps at Bay • Surf4Hub News and Blogs

Wasps are a real nuisance in late summer, especially during August and September. They appear as if by magic at a picnic or al fresco meal because they love sweet things (you’ll often find them in orchards). It’s easy to mistake hoverflies for wasps – the flies mimic wasps to help protect themselves from other predators. Don’t worry about a single wasp, but if there are large numbers that persist, it could mean that a nest is nearby. 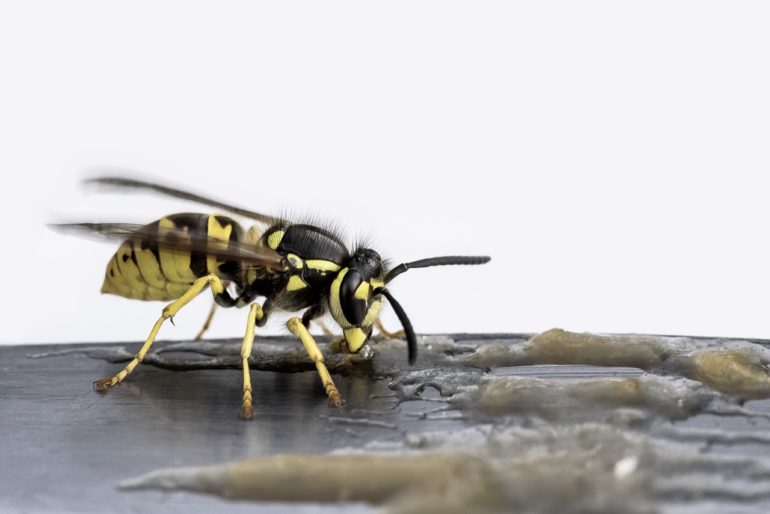 Here’s how to respond:

1. Try to leave them alone

It’s hard to prevent wasps coming in for a taste of your fizzy drinks, but try to keep sweet things covered or indoors. If you’re eating al fresco, drinks in resealable bottles rather than glasses will cut down the temptation. Wasps can sting you multiple times, unlike bees that only sting once. It’s best to stand still rather than wave your arms around, as wasps can detect moving objects more easily than stationary ones.

You can buy or create wasp traps to keep them away from your home, and these are best placed at the end of your garden. Take an old jam jar with a little sweet residue inside and add a small amount of water. Puncture a couple of holes in the lid (big enough for the wasps to get in to, but not get out of) and string it up from a tree to act as a useful decoy.

Generally, it’s best to leave a live nest alone. However, wasps never return to an old nest, so remove and dispose of it – you can do this yourself, as long as the nest is empty. Keep an eye out for signs of a new nest – as David Cross from Rentokil Pest Control says, ‘If a building has hosted a waspnest in the past, it’s likely it could do so again.’ Remove all traces of the old nest and try and block up their entrance route.

4. Know when to call in the experts

Wasps will depart as soon as the weather gets cold, but if you’re worried by their presence, especially if you have young children, pets or allergies, call in a trained pest controller. Don’t tackle a live waspnest yourself, as the insects can become very aggressive when they feel threatened and are more likely to sting. Find a local member of the British Pest Control Association via this link.

Februarys Jobs in the Garden – Spring in Sight?

Forget Burgers and Chicken – Try these on the Barbeque this Summer