At Home With The Chickens • Surf4Hub News and Blogs 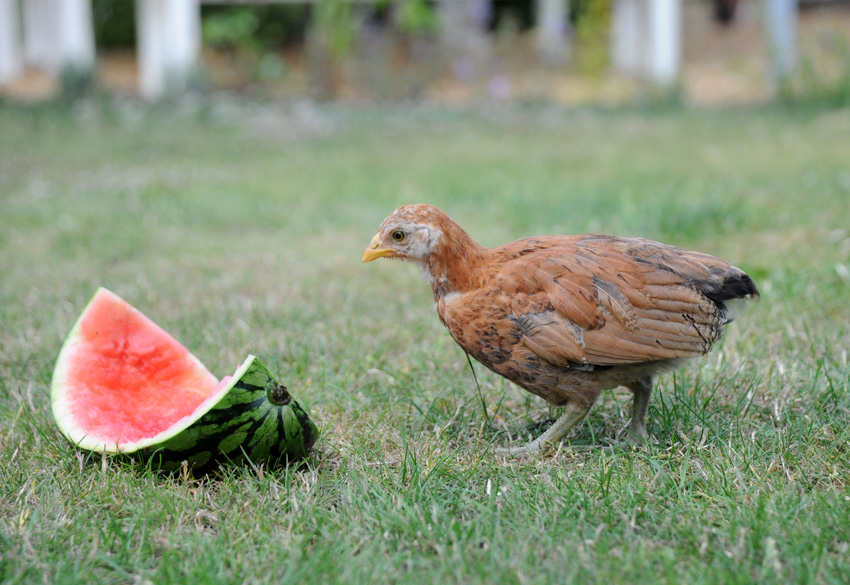 The other day we were in the garden when we heard, from behind the hedge, the most horrific chicken scream, mixed with a loud man’s voice and something to do with a dog. I looked at Adam. ‘Sandra!’
I ran through the gate, across the garden, and round the corner into the road.

There, in the middle of the road stood the man whose voice I had heard, face looking on, all straight lines and angles, hands held out in front of him, palms upturned, no sign of a chicken or a dog, but instead, a cloud of white feathers circling the man, like a whirlwind in a snow globe.

I rushed over to him. He started waving his arms around. I couldn’t understand what he was saying fully, because he was speaking in German, but I got the gist. A dog had attacked Sandra. 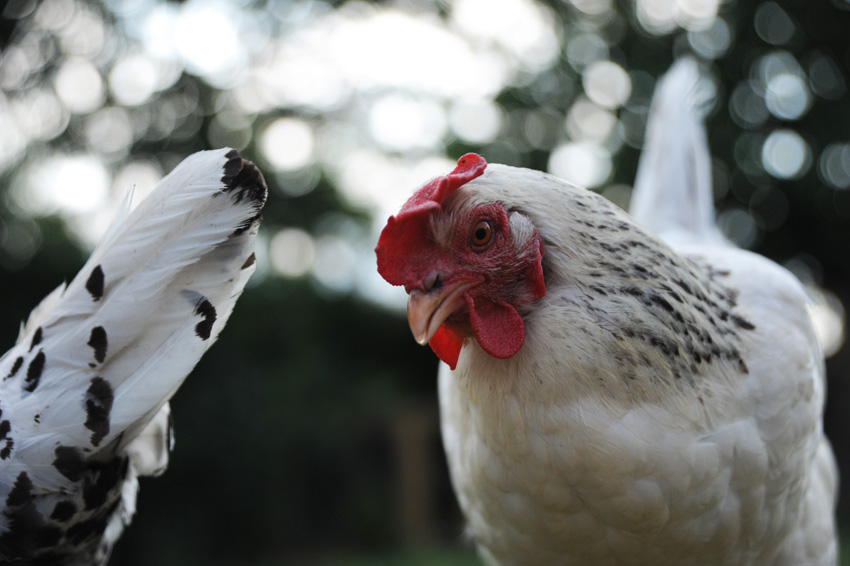 Adam came along quickly and spoke to the man, ‘Das hund ja?’ Or something. This dear man had stopped the dog and scared it off. Chicken Saviour. He said that the dog had grabbed her by the back of her neck and swung her about. There was no blood – a good sign, but there was no sign of Sandra and I was convinced she’d gone off somewhere to die of shock. 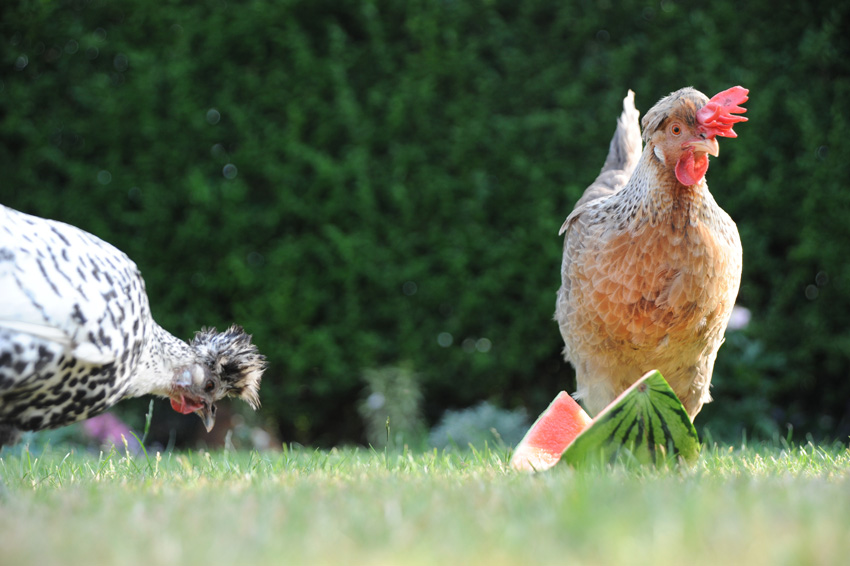 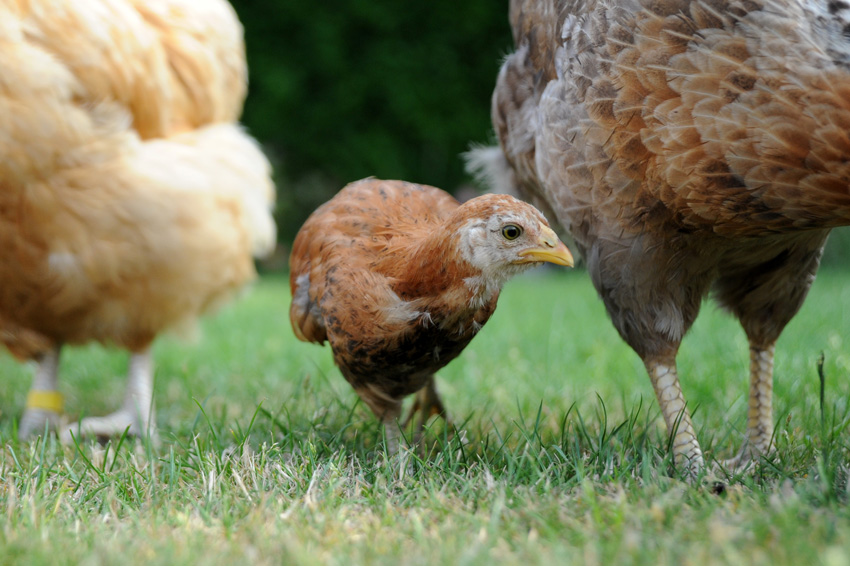 Neighbours came out from their houses, they all know Sandra, we started searching for her, a search party of over ten of us. An hour later she was found. Alive.

I picked her up and checked her over. Her back was all bald, plucked and sore looking. Feathers missing, but fine. We brought her home and she hobbled slowly round the garden looking sorry for herself. 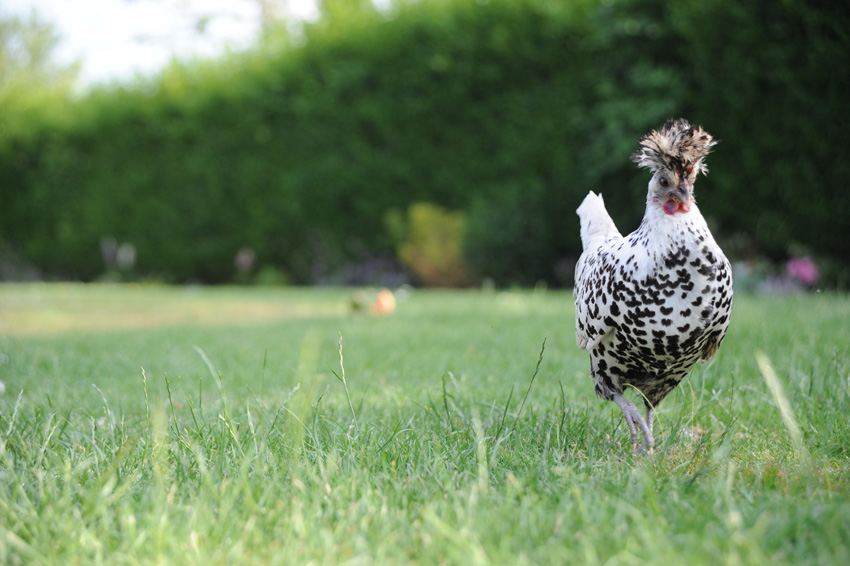 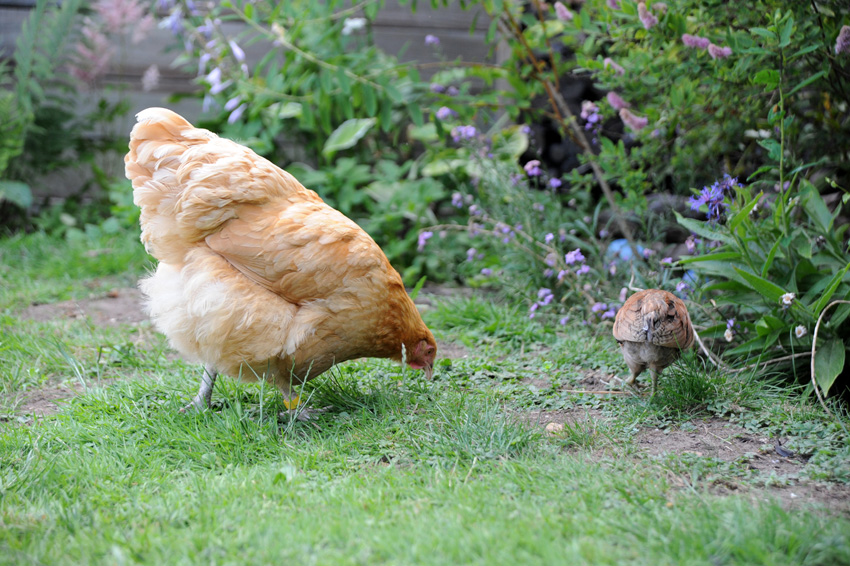 The next morning she went straight back out again! She can’t be tamed, she’s a sociable creature.

They call her Houdini round here, or Trudy, my neighbour also calls her Trudy. One old lady, Mary, who is particularly enamoured by her, and can just manage to use her wheely zimmer to get to the top of the road, (she got stuck on our front gravel with it once, Adam had to rescue her and get her to the grass!) has been heard from the other side of the garden hedge calling, ‘Sandra! Hello, hello Sandra!’ She’s a chicken lurer and Sandra is mesmerised by her charms. (Mary feeds her.) 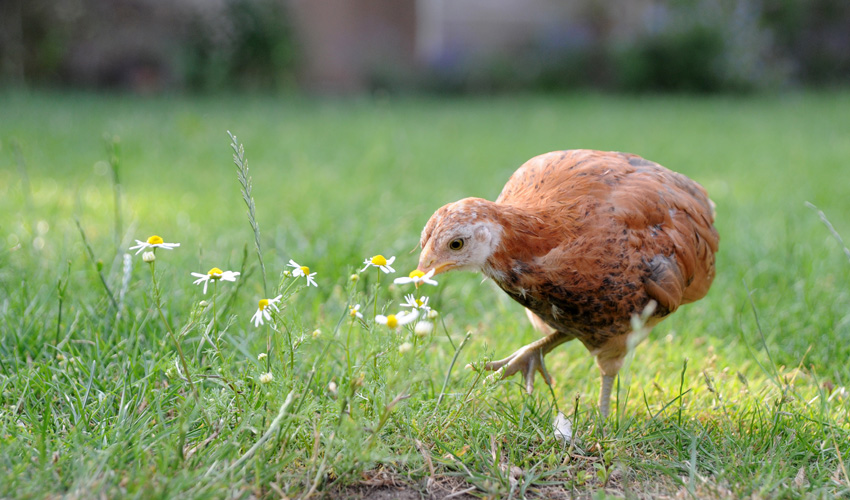 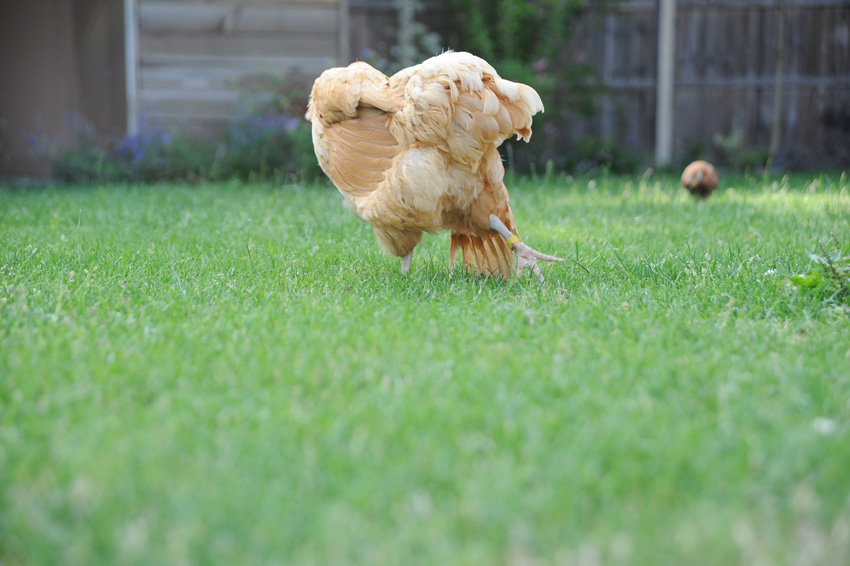 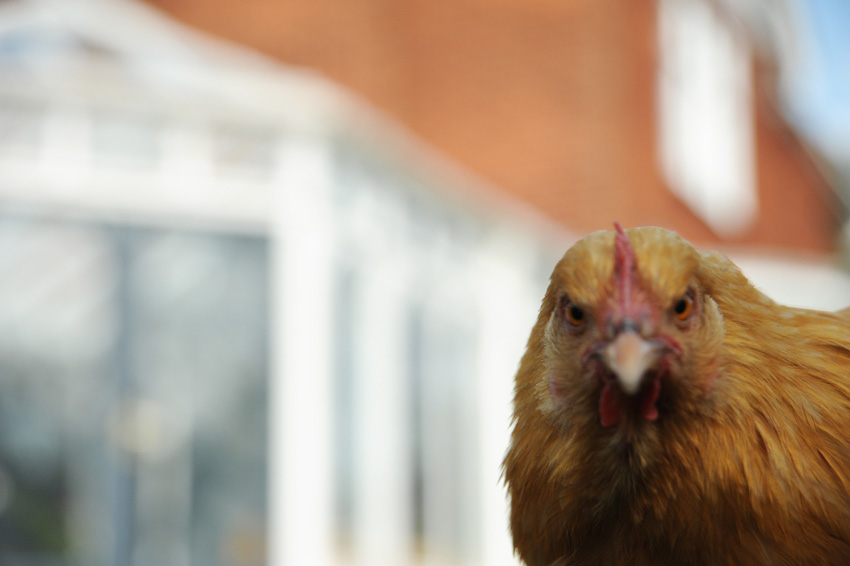 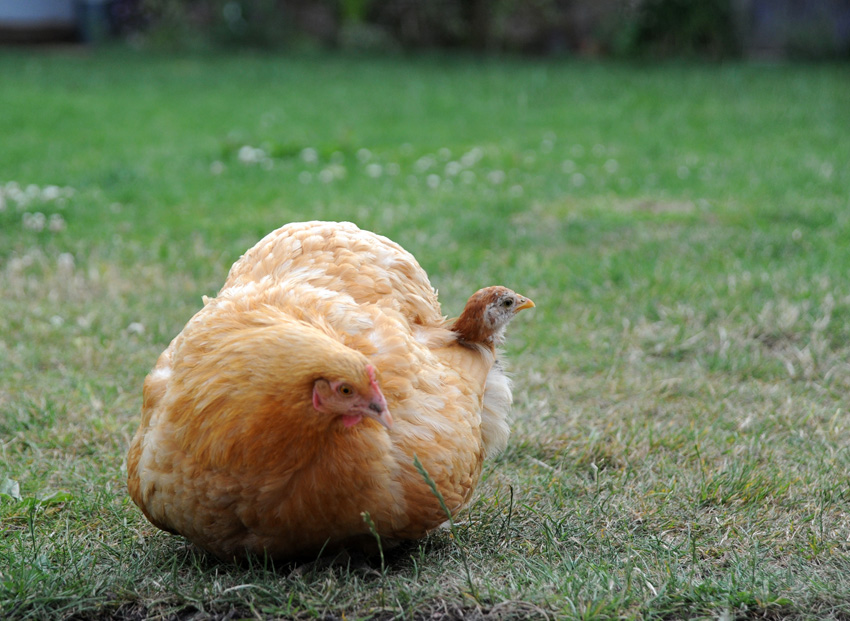 In other chicken news:

Baby chick Ruth Sultana will be eight weeks old this weekend. It’s hard to remember the cute fluffy little thing she was, now we have this funny looking dinosaur/hawk-like beast wandering around the garden, and flying, She can really fly. I say ‘she’, we’re still not sure. We thought she was definitely a she, but then she started showing signs that she might be a he. Such is life.

Sasha has been really enjoying the watermelon, with her sight problems it seems that something that is large, brightly coloured and stays still is the ideal thing for her to eat.

Ginger Belinda has stopped being jealous of Ginger Margaret and is now sharing chick protection duties with her. Double-hard ginger mothers.

And April, April has retained her championship title in the local village show with her award winning egg. The trophy is at the engravers, and will return to our kitchen shelf next month. We call it the Egg Cup.

The Gardens at Willington Hall, Tarporley