Bored by the World Cup? Alternative Sports to delve into this Summer

Now that summer’s arrived, sports fans are rubbing their hands with glee as several major competitive events fill the summer calendar. For many this will be dominated by the Football World Cup in Russia, but there’s also boxing with Tyson Fury taking on Sefer Seferi as well as the WBO middleweight title fight in June, cricket and rugby internationals featuring England, Scotland and Wales, the Le Mans 24 Hour race and British F1 Grand Prix motorsport classics, Tour de France, British Open Golf and Ryder Cup, Royal Ascot and Derby horse races, and Wimbledon of course. That’s a lot of sport.

If mainstream sport doesn’t float your boat, there’s a lot more to delve into across the globe. For those who prefer to forgo football, cancel cricket, give motorsport a miss or toss away tennis, here are some sports you can really get your teeth into. 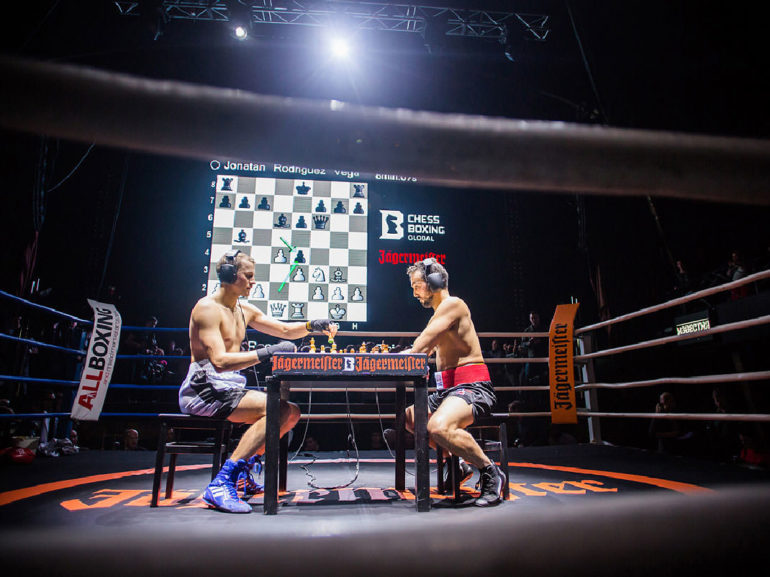 Is boxing a little too violent for you? Do you wish these one-man (or woman) fighting machines could be a little more cerebral? Then Chess Boxing is for you. You’ll need to be the ultimate combination of brain and brawn to succeed in the 11 alternating rounds. And have quick recovery times; after having your brain knocked around your skull for three minutes, you’ll then need to outwit your opponent on the chess board before doing it all over again.

Maybe all that punching is a little too violent, in which case Toe Wrestling offers a show of physical strength but with no more damage than a sore foot. Invented in the 1970s when wrestling was a TV staple conjuring up images of Big Daddy rather than The Rock, Toe Wresting is similar to its arm-based cousin in that to succeed competitors must force their opponents toe onto the floor. The three rounds alternate each big toe until the deciding finale. There’s even a World Championship taking place in Derbyshire every year.

Perhaps a sport that won’t benefit much from the #MeToo movement, Wife Carrying is the pride of Finland – where the World Championship is held – but it has spread around the globe. It has even made some effort to modernise; there’s no strict requirement that contests must be married. There is a minimum age of 17 – which is a little unfair to 16-year-old couples or even younger in some US states – and ‘wives’ must weigh at least 49 kilogrammes, otherwise ballast is carried in a backpack. Carrying additional weight does has some advantage; winners of the World Championship-qualifying North American Wife Carrying Championship receive their wife’s weight in beer and five times her weight in cash. Hopefully in notes and not coins.

Marathons are all well and good, but lots of them are a little easy if they take place on flat ground. Tower Running involves taking on tall buildings, including the Empire State Building in New York, Taipei 101 in Taiwan and the Swissotel Vertical Marathon at The Stamford Hotel in Singapore. No doubt the lifts are out of order.

If you like a dirty weekend, then Bog Snorkelling is for you. Armed with just a snorkel and flippers, competitors have to complete two lengths of a 60-yard bog using just the latter to propel them. The annual world championship takes place in Wales and is a familiar staple of ‘and finally…’ items in news bulletins.

One for those of a cleaner aquatic bent, Tuna Tossing is an Australian invention started by fishermen loading their trucks in an increasingly physical manner. Originally a 20-pound fish was used and the winner would throw it the furthest distance. Rather inconveniently, some were a little disconcerted by the sacrifice, so now a rubber fish is used.

Harry Potter fans may not appear to be the sporty type, but if they weren’t then they’ve made up for this by turning this fictional pastime into a reality. There are a few compromises; for some reason flying broomsticks have yet to be invented, so a makeshift equivalent has been fashioned. Whilst Harry Potter is a very English tale, Quidditch has taken off in the US, where it’s known as Muggle Quidditch.

This is possibly our favourite of the bunch. East Dublin, Georgia began a tradition that coincided with the nearby 1996 Summer Olympics, said by a local radio station manager to be organised by a group of rednecks. Events included Mud Pit Belly Flop, Bobbin’ for Pig’s Feet, Redneck Horseshoes, Hubcap Hurl and the Armpit Serenade. There is one catch; sadly the last Redneck Games was held in 2012, perhaps because the organisers were awestruck by London’s Olympic effort. Or maybe due to environmental concerns for the local Oconee River. Even so, the time must be right for a green revival of this event?