Classic Albums to Cherish on Vinyl Part One: the 1960s

So you’ve bought into the vinyl revival; you have a shiny new turntable, set it up with your amplifier and speakers and perhaps dug out a couple of records from your past collection. It’s time to invest in a great collection; the 33.3rpm vinyl record was introduced in the late 1940s to replace those old shellac 78s, and by the 1960s it was being taken seriously as an art form, so it’s where we’ll start.

These choices are purely personal, as all music is subjective, and the order is purely chronological, so in amongst a few familiar LPs hopefully there are some you’ve yet to discover. Some have been re-released, others may only be found on the second hand market, but the widespread availability of older albums on this format shouldn’t make it too difficult to discover. 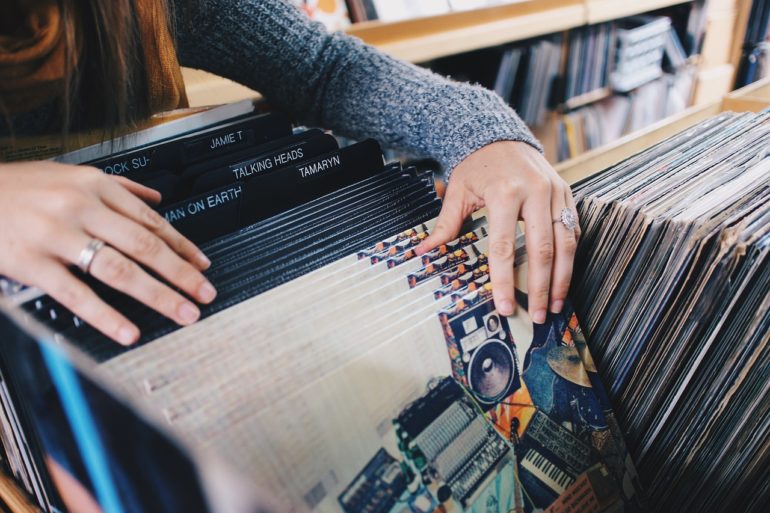 A 60s collection isn’t complete without at least one Bob Dylan LP, and whilst Blonde on Blonde is an equally worthy addition, Highway 61 Revisited is an early landmark for the album as art form. It also captures the ‘Judas’ moment so hated by the folk purists – from now on his masterful prose would be embellished by electrically-amplified instruments. And how glorious does that sound on Like a Rolling Stone, as perfect an album-opener as there would ever be? The upbeat music is in contrast to the cynical nature and sound of Dylan’s words, but the two would later be perfectly-matched by eleven-minute (and acoustic) closer Desolation Row. In between, Ballad of a Thin Man and the title track have long been part of Dylan’s live set.

The decade must also contain a reference to the decade’s vibrant soul music, so entwined with the Civil Rights movement of the time. Ray Charles had shown the way from gospel to soul and many followed in a moment of conversion even more controversial than Dylan’s switch to electric. Motown in the north had the hits, but the deep south’s Stax piled on the emotion as black and white musicians defied the region’s conventions to make the sweetest music. Mostly recorded in just 24 hours with Booker T and the MGs – the Stax house band – plus The Mar-Keys, Memphis Horns and Isaac Hayes, Otis Redding combined his own compositions with those of Sam Cooke and covers the included BB King and Rolling Stones songs. Redding’s hugely expressive voice gives them an authority that ensures every track could have been his own.

This isn’t an attempt to be contrary; whilst Sgt Pepper regularly gets the plaudits and Revolver the alternative vote, for me Rubber Soul truly marks the point where The Beatles first raised their game and began to explore their horizons. But it also retains the innocent charm of their early career, and the result is a collection of beautifully crafted pop songs that dig a little deeper than most. It begins with the catchy Drive My Car before John heads off on a tangent with Norwegian Wood, setting the scene of transition into something altogether more serious, also heard on the depression-fuelled Nowhere Man. The truly ground-breaking tracks such as Tomorrow Never Knows and Strawberry Fields or the more progressive I am the Walrus and While My Guitar Gently Weeps may come later, but for a joyful, yet still fascinating listen, Rubber Soul is where it’s at for me.

Rubber Soul also inspired Beach Boys maestro Brian Wilson to craft his masterpiece, which in turn inspired The Beatles  again. Having retired from touring due to anxiety, Wilson confined himself to the studio whilst his fellow bandmates brought in the money out on the road. Employing The Wrecking Crew, who had helped create Phil Spector’s Wall of Sound, plus commercial-writing lyricist Tony Asher, Wilson revealed a talent worthy of the gods. The result turned the group’s sweet harmonies into something much more heavenly, most apparent on Brian’s generous donation of lead vocal duties on God Only Knows to the ethereal voice of his brother Carl. At this point Brian’s use of LSD was still helping his talent, but his cousin, Mike Love didn’t approve of the references on Hang on to Your Ego, later rewritten as I Know There’s an Answer. The album was a little too ahead of its time for Capitol Records, but it’s been a classic for decades now, and it’s hard not to be emotionally moved by this LP.

The story goes that for the first two decades of this album’s existence not many people bought it, but everyone who did formed a band. It certainly had a profound effect on the independent acts of the 80s and 90s and anyone who wrote lyrics that didn’t cover love or politics. As you might expect from Andy Warhol’s house band, the Velvets wrote about the hidden side of life and whilst the subjects are often adult of nature, their presentation ranges from raucous urgency (I’m Waiting for the Man) to avant-garde (Venus in Furs). And, of course, it launched the careers of alternative icons Lou Reed, John Cale and Nico.

It’s not the most obvious product of the psychedelic era, but Forever Changes is rightly regarded as an all-time classic and not just one of the time. When, late in life, frontman Arthur Lee was released from prison (in the most unjust of circumstances; he was caught under California’s three strikes rule in the mid-90s for firing a pistol, serving just over five years of a sentence of 12), he formed a new Love line-up and toured this album. Just before his appearance at the Royal Festival Hall, a motion was tabled in the commons to commend him. Forever Changes was inspired by a brush with mortality for Lee and his growing disillusionment with the flower power movement. From Alone Again Or’s mariachi fanfares and the lush orchestration of Andmoreagain or The Good Humor Man He Sees Everything Like This, it’s a work of great beauty. But the standout track is album closer You Set the Scene.

There’s something very 1970s about putting the needle on side one of Astral Weeks and tuning into Van Morrison’s world. But it’s a product of the preceding decade, his second solo effort after disbanding Them. Perhaps Astral Weeks is not usually associated with the 60s because upon release it was poorly received by critics and didn’t sell at all well in the UK. Nevertheless, partly due to Morrison’s later successes and celebrity endorsements from Bono and Bruce Springsteen to Martin Scorcese and Johnny Depp, it’s considered a classic and certainly one that resonates in Van’s native Northern Ireland. It’s not hard to see why; from the eponymous opening track’s relaxed and sweet vocal delivery and folky vibe that includes the double bass sound soon to be familiar to the genre, it’s a beautiful listen.

Many will cite Led Zeppelin’s second album, one of four released in a timescale almost unheard of in these pre-planned days, as the better body of work. Maybe it’s the over-familiarity of Whole Lotta Love, and while I have nothing but admiring respect for John Bonham’s talent, isn’t Moby Dick just a tad, gasp, overindulgent? Regardless of such iconoclast tendencies, I’m a huge fan of their debut and can only imagine how immense it must have sounded back then, even following on from the output of Jimmy Page’s Yardbird predecessors in Cream or the Jeff Beck Group. Good Times, Bad Times’ swagger is up there with any statement of intent, but it’s the raw blues of You Shook Me or I Can’t Quit You Baby that has as much impact as the more experimental Dazed and Confused or Black Mountain Side. They’d take these influences much further, but the potential shown here is every bit as intoxicating.

Yet another masterpiece that wasn’t realised until years later, and in this case rather tragically long after Nick Drake’s depression-led demise. Drake is now recognised as one of the giants of the late 60s and early 70s folk movement and this was the first of just three studio albums from him. It begins wonderfully with Time Has Told Me, an achingly beautiful, yet troubled piece, setting the scene for Drake’s short-lived career. Second track River Man is another highlight, as is Way To Blue and Cello Song, which has been the accompaniment to a many a TV trailer. It may have once been dismissed as middle-class melancholy, but history has sadly proven that it’s no less worthy and has never been bettered.

Whilst Detroit began the decade as the optimistic sound of pop soul and muscle car production, by the end of the 60s the peaceful civil rights movement had been rocked by the assassination of Martin Luther King and the American car industry was heading into decline. Whilst the city burned, the songs became more political and white guitar bands such as the MC5 joined their Motown brothers in protest. Into the fray stepped Iggy Pop and The Stooges, with a proto-punk racket that rocked the establishment and bucked the trend towards the progressive. I Wanna Be Your Dog, No Fun and 1969 all became anthems for the dispossessed, but the whole album is a whole heap of raucous, guitar-led fun.