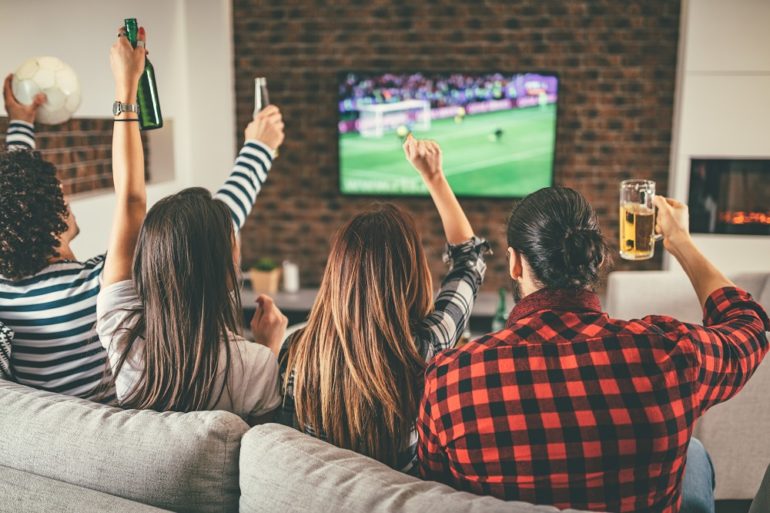 Good news for football fans, it has been confirmed that the remaining 92 matches of the Premier League season will be broadcast live on television.

Premiership football clubs have tentatively agreed to resume the league on June 17, with Manchester City vs Arsenal and Aston Villa vs Sheffield United being the first games to take place.

Premier League Chief Executive Richard Masters stated: “Today we have provisionally agreed to resume the Premier League on Wednesday 17 June. But this date cannot be confirmed until we have met all the safety requirements needed, as the health and welfare of all participants and supporters is our priority.”

Sadly, the remaining fixtures are to be played behind closed doors and fans will not be allowed to support their teams on the terraces.  However, the remaining 92 fixtures will be televised across Sky Sports, BT Sport, BBC and Amazon Prime so that football fanatics will not miss out on the action.

Masters concluded: “The Premier League and our clubs are proud to have incredibly passionate and loyal supporters. It is important to ensure as many people as possible can watch the matches at home. We will continue to work step-by-step and in consultation with all our stakeholders as we move towards resuming the 2019/20 season.”

To accommodate the break in the season due to the global pandemic the weekend schedule will increase to include matches on Friday and Monday evenings as well as four timed kick-offs on Saturdays and Sundays.

Midweek fixtures will be played on Tuesdays, Wednesdays and Thursdays with two timed slots on each day.

Four live games will be shown on the BBC, making it the first Premier League matches the broadcaster has ever screened.

BBC director of sport Barbara Slater said: “This opportunity creates an historic moment for the BBC and our audiences.

“At a time when sports fans across the country are in need of a lift, this is very welcome news. We are delighted and excited to have the chance to show live Premier League games on the BBC.

“This will offer audiences, who haven’t had the opportunity in the past, live, free to air access to the best football league in the world, as the BBC continues to keep the country entertained during these unprecedented times.”

Sky TV has pledged to make 25 of their games free-to-air including the Everton vs Liverpool derby on the weekend the season reopens.

Sky CEO and EVP, UK and Europe, Stephen van Rooyen said: “The return of live sport is a big moment for the country, and we want the nation to join us.

“Sky has partnered with the Premier League and its clubs for nearly thirty years, and the strength of our partnership has never been more important.

“Our commitment to showing 25 matches ‘free to air’ for the first time in the history of Sky Sports recognises the unique times we are in, and our desire to play our part.”