Distracted by the classic albums on display in your local supermarket? Are you finding all that streaming has rendered music a background accompaniment to other activities? Or do you yearn for the days when your soundtrack was accompanied by a gatefold sleeve and the warm sound that only an analogue record can provide?

The vinyl revival may now be beyond trendy, but in reality the record-toting hipsters of the last five years were way behind the times. Eschewing digital for vinyl has been in fashion since the mid-1980s when the 12-inch plastic discs were first written off in favour of their more compact, laser-assisted successor. Back then the record evangelists may have seemed like the flat-earth society, but they’re getting the last, high-fidelity laugh now.

It’s ironic that vinyl looks to be outliving the compact disc (although nothing is impossible), just as it’s amusing for anyone over the age of 40 to see supermarkets marketing back-to-analogue copies of Dire Straits’ Brothers in Arms, the album you just had to buy to show off your new CD player in 1985. But if you want to be a true vinyl revivalist, and not buy the 12-inch just for the download code, here’s how to enjoy the music without the crackles and jumps.

Step 1: Players need not be expensive, but don’t buy cheap

I’m assuming that you’re serious about this and not looking to buy a portable machine beloved of the trend-setters. Vinyl is surprisingly expensive, so you’re far better off recreating the 1970s-style hi-fi experience than the tinny Dansettes of the decade before.

Search the pages of audiophile websites and you’ll see some outlandish designs with price tickets to match, but you don’t need to remortgage the house to play a few records. Around £150 buys something worth owning, especially this ends up being a passing fad for you, but bear in mind future needs, so look for something that will last the distance.

Pro-ject and Rega make excellent decks from entry-level onwards and products from both manufacturers are far beyond the stand-alone units that fill supermarket shelves. Check out the reviews online and search for the best bargains, but remember that most turntables are low-volume products sold in independent stores and are not always subject to heavy discounting. That doesn’t mean you won’t find an ex-demo model, however, as many stores have listening rooms for buyers to audition equipment. Of course, if you can take advantage of listening facilities, do – most major towns and cities have specialist stores and even discount retailers such as Richer Sounds will have ways in which you can try before you buy.

Also note that many turntable specialists focus sound quality and not convenience, so don’t expect automatic mechanisms or pre-amps (more on this in a moment) and the chances are you’ll even have to manually adjust the drive belt to switch from 33 to 45 RPM. 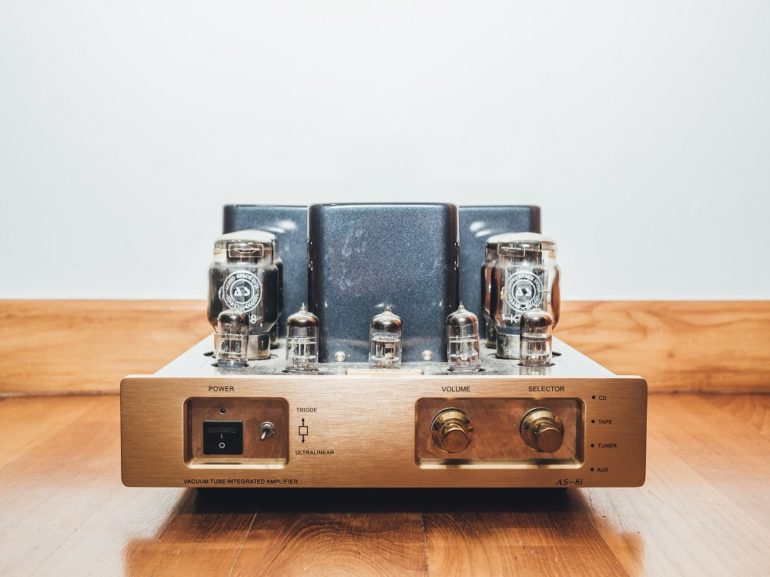 Step 2: You’ve got something that plays a record, now you need to hear it

Unless you’ve fallen for an offer on one of those cheap supermarket standalone record players, chances are you are now in possession of something that will spin your vinyl in silence. Next thing you need to do is work out how you’re going to listen to your records. How you do this will depend on what you already possess.

Many homes already have a music system of some kind, unless you’re so into streaming that you have a Bluetooth speaker and nothing else. Most stereo systems claiming to offer hi-fi sound will have an auxiliary input consisting of two RCA jack sockets (remember those?). Plug your turntable into these, however, and you might be a little disappointed with the results. The reason for this is that the sound signal generated by the needle is nowhere near loud enough in comparison to a CD player or even your smartphone. You’ll need something called a pre-amp.

In the past, stereo amplifiers came with something called a ‘phono stage’. When you plugged your turntable into this, the amp would work a little harder to bring the sound level up to the right volume, but with the demise of mainstream vinyl, most amps don’t have this feature. If you’re buying a new amp and speakers for your turntable, then look out for this feature.

If you already own an amp and speakers, you can buy a pre-amp. This is a small box with input and output jacks and you connect it between the turntable and amp. They cost from around £50 upwards and some also have a headphone socket for private listening. Many don’t come with output leads, so consider this in the cost, and you’ll need a spare mains socket to power the amp. To add to the confusion there are two types: MM and MC, which relates to the type of cartridge (the part of the arm that holds the needle) your turntable has. If in doubt, check the spec of your turntable, although some pre-amps can handle both types. Some decent entry-level turntables, including products from Audio Technica and Sony have pre-amps built-in, but bear in mind that a player costing the same money without this feature will likely have more emphasis on the overall sound quality.

Step 3: Build up your collection

You’re all ready to go, so you’d best have something to listen to. This is where it can get very addictive.

You may already have a collection up in the attic, in which case it’s time to dust it down – a good microfibre cloth should do the job – and hope that time hasn’t ravaged the quality of your old vinyl. We’ve all heard how plastic doesn’t degrade, so provided it hasn’t been stored near a source of heat you should be fine. My neighbour recently rescued some records from a porch which had leaked. Apart from a few spoilt covers, the vinyl inside was fine. Good thing too as there were some great Tom Waits and Kate Bush records in there!

If something more heavy-duty is required, there are record cleaning solutions you can buy or even record-cleaning devices if you’re feeling flush.

If you don’t have a prior collection, or want to expand what you already have, then it’s time to go shopping. The increased popularity of vinyl means that you can pick up a classic album in your local supermarket, and some bargains can be had here if you keep an eye out. Similarly, record chain HMV will often discount selected vinyl. This is useful, because whilst records once sold for a little over a fiver compared to their double-priced CD cousins, because they’re now produced in much smaller quantities with those pesky sleeves and in many cases, on higher-quality 180-gramme vinyl, the average album now costs £20 or more. Still ready to reject all-you can-eat £8 per month streaming or MP3s for a fiver?

The fun alternative is searching out the independent record stores and the second-hand market. Despite the gradual erosion of the high street, there are many great vinyl stockists around and making a trip to one of these is a much better way of spending time than trudging round Sainsbury’s on a busy Saturday afternoon. And don’t forget Record Store Day every April, when participating stores sell special edition vinyl.

Many independent stores also sell second-hand vinyl at reasonable prices and it’s a good source for anything that hasn’t been subjected to the collectors’ edition reissue mill. Any good store will clean and test pre-owned records, so you should be getting value for your money too. There are many online specialists and don’t forget eBay, although buyer beware counts here, so be prepared to put some homework in. 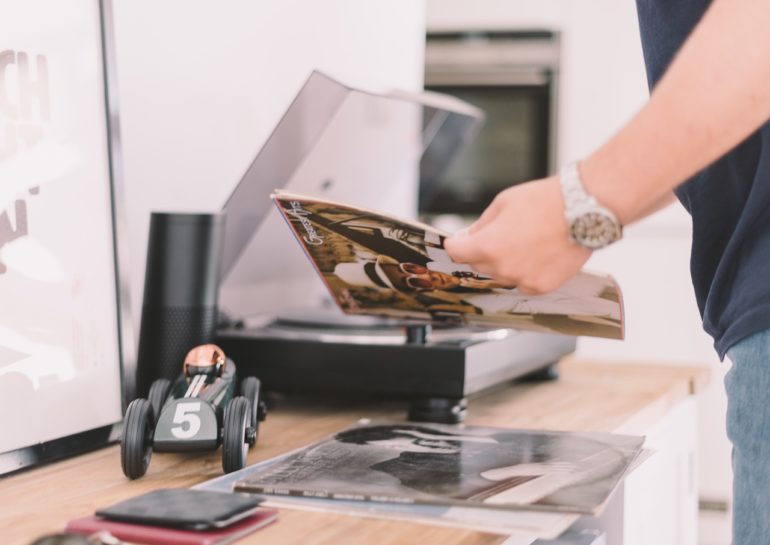 Step 4: Make time to listen and enjoy the process

Whatever you end up with, savour that first listen. It’s a cliché but vinyl does sound warmer. If, like me, you were brought up on mass-produced hi-fi systems, the depth and quality is remarkable and more than a match for those long-forgotten CDs. MP3 and streaming just doesn’t compete.

Remember, this way of listening involves your full attention, so it’s time to savour the process. Put down the phone or tablet and the TV should most definitely be turned off. Switch to mood lighting to set the scene. Your turntable may need setting up or adjusting and you’ll have to do lots of things like manually placing the needle on the record and taking it off at the end of the groove. And you’ll have to get used to turning it over halfway through listening.

It’s all good fun, though, and demands your full attention, just as it should be. But if you have to do something whilst the music’s playing, pick up the sleeve and read the notes or study the artwork; someone spent a lot of time and effort on this and it’s an increasingly lost art in the streaming world. Whatever you do, on no account should you ever skip a track – mistakes were made to be listened to and they just add to the anticipation ahead of the crowd-pleasing songs. Happy listening!